Do you remember the 90s? PokéMania was everywhere, from daytime TV news shows, to newspaper controversies, playground fights over cards, the whole shebang. As big as it was, though, there was still a strong sense of “I don’t get it” from much of the population. Fast forward 20 years later, and absolutely no-one thought that Pokémon was due for a massive comeback. But it’s been done. Coupling the latest smartphones technologies with 151 of the cutest Pokémon has created a sensation, an absurd fad the likes of which I have genuinely never seen before. And I don’t want it to stop.

Pokémon Go is a fascinating Augmented Reality game played with your phone’s GPS, and so everyone knows where I stand, I’m going to outline a few MAJOR negatives first;

The frustration felt with Pokémon Go is palpable – any time the servers are down you’ll be able to find people on twitter angrily venting at the Pokémon Go tech support account. And this may be the only game with such severe, undeniable issues that I can’t help but love.

Glance up two paragraphs and you’ll spot the word “PokéWalk”. I’m not sure it’s a word, but I’ve been using it. Not just online – in real life. In Pokémon Go, walking about the world – that’s your world, in case you weren’t aware – will enable you to discover PokéStops and Pokémon Gyms. At PokéStops you can collect a few items while passing by, or set up a lure to encourage wild Pokémon to approach you. PokéSpots are often landmarks, art projects, statues, cafés, restaurants, bars, pubs and even office buildings. 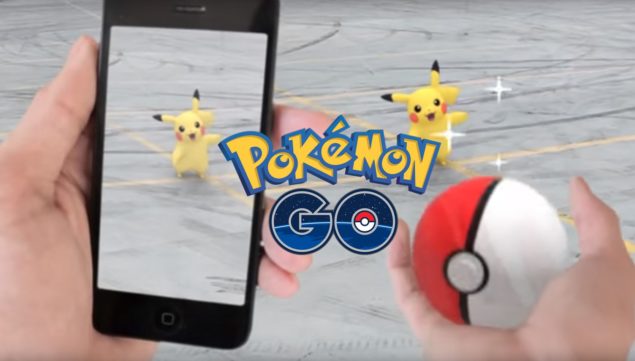 What quickly happens is you’ll discover a route. For me, I have two – an evening route that loops around a nature trail near my house (that the Pokémon Go team have handily marked with PokéStops frequently) and one that I’ll take during lunch, leaving my office to stroll near some local statues, Churches and more. Each PokéStop will give you items, usually Pokéballs, which will help train and grow your team in one way or another.

Here’s the thing: I’m walking for the sake of a video game. My lunch time route is pretty normal and I’ve been doing it for years, so I can stretch my legs. The one near my house? Abnormal. It’s a route I’ve walked many times, but I can safely say I’ve never done it as much as I have since the launch of Pokémon Go. I’ve taken it almost daily since the US launch, and it was previously something I would do once a month – if that.

I’m genuinely taking PokéWalks, I’m genuinely leaving the house for the sake of a game. I’m so invested that walking somewhere without every precious meter being recorded for the sake of hatching my Pokémon eggs feels wasted – on that note, I’m nearing 50km walked total. In less than two weeks.

So, how does the game play? Well, it's okay. The main gameplay is your legs hitting the pavement, and spinning a PokéStop logo to earn your items. When Pokémon appear on the field, you can tap them to initiate a capture sequence, where you can either entice the Pokémon with Razz Berries, or wildly throw Pokéballs to catch them. I’d like to say it’s nuanced, but it’s really not. The Pokémon may enter an attack animation, which will deflect your balls, or attempt to jump out of the way.

Pokémon Gyms are where Pokémon battles start, and this is where Pokémon Go most resembles its predecessors – even though it’s still clearly wildly different. Here you madly tap your phone screen to use weak attacks, while charging a special meter which will allow the use of a stronger move. You can slide left and right on the screen to dodge certain attacks, but strategy here is basically “tap like mad” and “have better Pokémon.” A Pokémon’s power is decided by it’s CP – standing for Combat Power, of course. The higher the number is, the better your Pokémon is. As simple as that, really.

So gameplay isn’t incredible – what’s all the hype about? This is where “Augmented Reality” takes on a meaning I’ve never considered. It has inserted unique, digital spaces into very real places I pass every single day. Earlier, while passing a water fountain that doubles as a PokéStop, I noticed a Lure had been placed. I wondered; “Why doesn’t everyone here have their phone out? Don’t they realize what is happening here?”

In reality, nothing was happening. It was a water fountain. But for me, and other players, this place had taken on a new identity. In another instance, I was chatting with some fellow players near a Pokémon Gym (chatting with real people! Face to face! In real life!) when suddenly someone we didn’t know at all said “There’s a Scyther over there!” causing the small crowd we’d integrated with to all move over to the next PokéStop over in hopes of catching the precious ‘mon.

Say what you want about Pokémon Go. You can say it’s an objectively bad video game, and I wouldn’t argue, but as an experience – right now, in what is likely the height of its popularity – there really is nothing else like it, and there never has been. AR and GPS games are not new, but the Pokémon community growing so rapidly, and sharing experiences with everyone is both alien and incredible.

I’m going on a walk tonight to catch some Pokémon. I’ll likely meet some fellow trainers, and moan about server connection issues with them. Afterwards we’ll stroll to some PokéStops together, like we’re new friends. Pokémon Go is a phenomenon like no-one could’ve possibly predicted, and it’s wonderful.

Oh, and the microtransactions actually feel pretty fair – I’m yet to buy any, since I have such regular access to PokéStops, but I can imagine it being more difficult for those in more rural settings!

Pokémon Go is unlike anything else I've ever played, and for that reason alone I implore you to play it. I'm not sure it will keep the current momentum, but for now it feels really good.