Did Half-Life: Alyx Bump Your Interest in Getting a VR Headset? 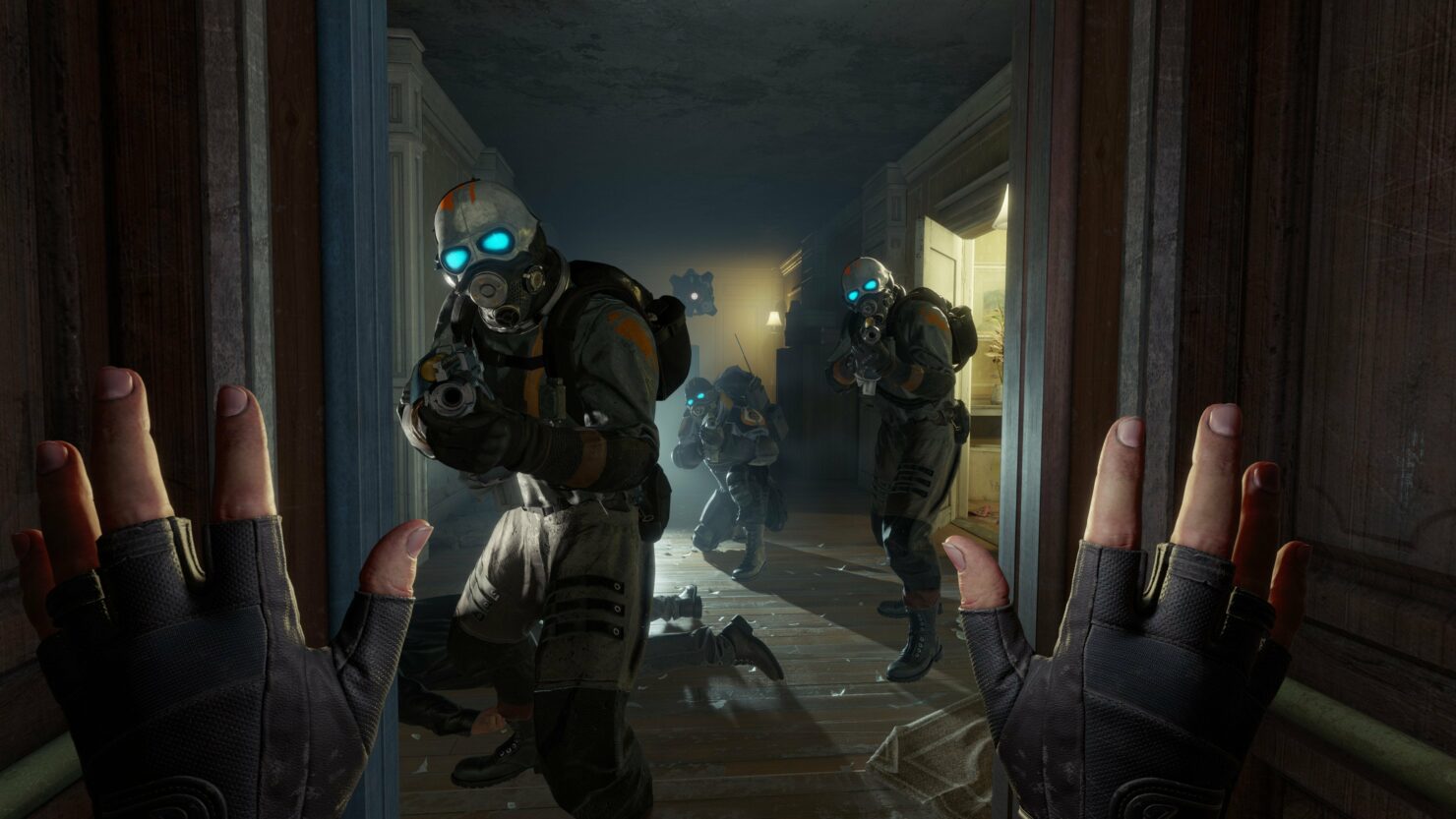 Let's not mince words: the Virtual Reality market has been progressing far slower than expected despite the efforts of giants like Facebook (Oculus), Sony (PlayStation VR), HTC and Valve (VIVE and Index), and even Microsoft to a degree with the Windows Mixed Reality platform.

Particularly in regards to the gaming segment, there's a sense lately among hardcore gamers that the best titles are better off by foregoing VR entirely. However, Valve's announcement of Half-Life: Alyx as a VR-only, full-fledged game in the revered franchise produced a measurable impact in the opposite direction. Not only was the trailer itself (now approaching 8 million and a half views on YouTube) stunning, but it also released timely, right near the impending Black Friday 2019 window.

As a result, Google search engine trends are up for major keywords such as Oculus and Valve Index (which is now sold out in some regions such as the United States and Canada). Truth to be told, there are several sweet deals available now for VR headsets that will surely work for Half-Life: Alyx. The Samsung Odyssey+ is down to $229; the Oculus Rift S is down to $349, while the Oculus Quest is still priced $399 but now comes with the Vader Immortal series; the HTC Vive Cosmos now costs $599.

The question is, then, dear Wccftech readers: did Half-Life Alyx bump your interest in getting a VR headset so that you are actually looking at those deals with a trigger-happy attitude? Feel free to vote in the poll and then leave a comment below. We also decided to let all of our gaming editors chime in with their personal opinions, by the way.

Did Half-Life: Alyx Bump Your Interest in Getting a VR Headset?
Total Votes: 795
Voting is closed

I've been interested in 3D and VR ever since the debut of NVIDIA's 3D Vision. It's easy to see how only that third dimension has the potential to usher gaming in a new era; as long as we are bound by 2D, even the nicest OLED screens cannot really make us feel part of those virtual worlds we love so much. Being there is simply on another immersive level.

However, there have been obvious problems with VR so far, chiefly the motion sickness and headaches that so many (myself included) endured when they first tried a VR headset. But the technology has moved forward since the first Oculus kits, allowing wider Field of View, higher resolution and refresh rate, all advancements that can significantly reduce the aforementioned issues.

Another part of the equation is, of course, the software. Truth to be told, the library of great VR games is constantly expanding, but every system needs its killer application, the game capable of breaking the dam to let the flood of gamers in. Half-Life: Alyx can be exactly that, provided Valve can deliver when the game ships in March 2020.

While I’m definitely more intrigued by Half-Life: Alyx than any other VR-exclusive game to date, I still don’t think VR is for me. As someone who suffers from bad motion sickness, I just don’t have the stomach for it. VR needs killer software and tech to break out of its box. Maybe Half-Life: Alyx is the software we’ve been waiting for, but I don’t think the tech is there yet. I mean, maybe Valve Index would change my mind, but I’m also not paying $1000 just to play the next Half-Life.

Half-Life has always been a series that shows an evolutionary jump in tech with each mainline release, and I think this is as close as we are going to get to a jump in tech. Half-Life: Alyx will likely be the first game made with full Valve Index functionality, and it is very possible that it will be the exact jump VR needs, a platform-defining experience. But in all honesty, I've lost faith that Valve - or anyone, for that matter - can deliver a VR experience that thrusts it firmly into the mainstream at last. It might be too late.

VR is still missing its breakthrough title, and Half-Life Alyx could be the game that finally makes it big. Making it a VR game is a very smart move from Valve, in my opinion, as the series' return after so many years could drive VR headsets sales. The Half-Life name alone, however, is not going to be enough for me to consider investing in a VR headset. I do enjoy the series, but I am not a massive fan, so Alyx will have to move VR games forward considerably to make me interested: a first-person adventure in the vein of older entries is not going to cut it.

Granted, I love the Half-Life games and I basically grew up with them, but I'm just not into VR. Never been and probably never will. Virtual reality didn't win me over and I don't see it happening through Alyx either. I would have preferred Half-Life 3 instead.

Did VR need a game like Half-Life Alyx to give the platform a well-deserved shot in the arm? Yes, absolutely. We've seen so many VR experiences come and go that were acclaimed among hardcore users of the platform but barely motivated people on the fence about buying into a brand new platform. Valve is smart about bringing Alyx to SteamVR without gating it to a single headset. As Black Friday and other holiday sales roll around, people that want to finally see the next Half-Life title will have a number of headsets to choose from that are currently running insane discounts. I just hope that we don't have to wait for the next dimension of gaming before Gordon Freeman's trilogy finally comes to a close.

For me, the Half-Life: Alyx trailer was, well, pretty average. It looks like what a lot of VR games have promised in the past, blending the shooting of Blood and Truth with the interactivity of Job Simulator. To be honest, I’ve never been a huge fan of Half-Life anyway, and without anything truly magical in the trailer, I’ve got no new desire to buy a headset.

No. While Half-Life: Alyx looks amazing, it’s always going to have the same limitations of other VR titles, from the limitations of needing a VR headset to the simple way these games play. No game has ever been a system seller of VR for me due to this and I don’t think this will be any different.

I don’t even believe that this will be a “full-length Half-Life game” as it’s been said. Will it be good (for a VR game)? It’s Valve, so I can’t honestly imagine it not being good. It’ll never be the game that people want though, starting with the fact that it’s VR only.

No, it didn't and I'm rather annoyed that it's compulsory, too. The Half-Life series is the best campaign game ever, in my opinion and I finished HL2 a few times across a couple of years, it was so good. The dystopian setting, the atmosphere, visual and audio effects and storyline are all epic. I could listen to that "access denied" on the locked doors in HL1 over and over! Heck, gonna make it my ringtone...

While what I really want is HL3, like the rest of us, this game looks pretty good too and I would have bought it for sure, even at a reassuringly expensive price. However, I'm not into the whole VR experience for various reasons, expense being part of it, so tying it to this rules it out for me.