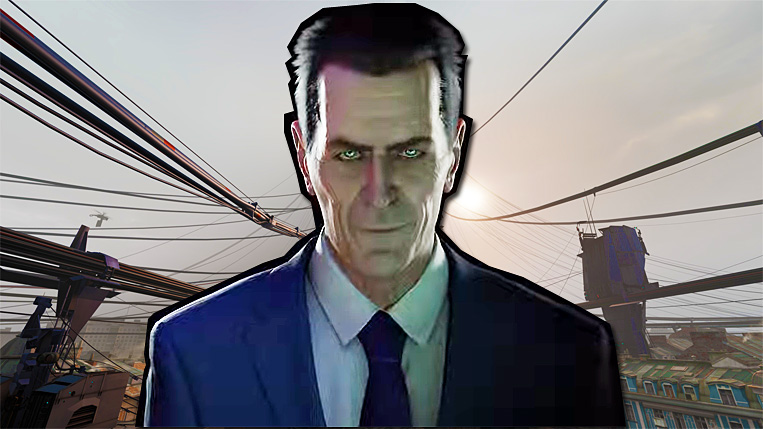 Believe it or not, after a dozen years on the shelf, the Half-Life series is finally making it return. First announced in name only earlier this week, Valve has just pulled the curtain back on Half-Life: Alyx, which they’re positioning as the killer app for their SteamVR platform. The trailer is brief, but it shows pretty much everything you’d expect from a new Half-Life game, including plenty of face-huggers, Combine soldiers, and our old friend G-Man. The Source 2 engine looks to be acquitting itself well, as we get a glimpse of some vistas we rarely see in VR-exclusive titles. You can check out the debut trailer for Half-Life: Alyx, below.

Half-Life: Alyx is Valve’s VR return to the Half-Life series. It’s the story of an impossible fight against a vicious alien race known as the Combine, set between the events of Half-Life and Half-Life 2. Playing as Alyx Vance, you are humanity’s only chance for survival. The Combine’s control of the planet since the Black Mesa incident has only strengthened as they corral the remaining population in cities. Among them are some of Earth’s greatest scientists: you and your father, Dr. Eli Vance.

As founders of a fledgling resistance, you’ve continued your clandestine scientific activity—performing critical research, and building invaluable tools for the few humans brave enough to defy the Combine. Every day, you learn more about your enemy, and every day you work toward finding a weakness.

Of course, there's going to be controversy over the first new Half-Life game in over a decade being VR-exclusive, but according to Valve overlord Gabe Newell, it was VR that energized the company to finally bring the series back...

Everyone at Valve is excited to be returning to the world of Half-Life. VR has energized us. We've invested a lot of ourselves in the technology. But we're also game developers at heart, and to be devoting ourselves to a VR game this ambitious is just as exciting. For that to come in the form of Half-Life feels like the culmination of a lot things we care a lot about: truly great games, cutting edge technology, and open platforms. We can't wait for people to experience this.

Perhaps the most under-the-radar interesting Half-Life: Alyx tidbit is that the game will be fully open to modding right from the get-go. Clearly Valve is hoping new fan-driven games and experiments grow out of Half-Life: Alyx, much like they did out of the original Half-Life games. Finally, while the game will be $60 on most platforms, Valve Index owners will get the game for free, along with a handful of exclusive bonuses:

Half-Life: Alyx comes to most major PC VR headsets (HTC Vive, Oculus Rift, Valve Index) in March of 2020. What do you think? Is this the game that finally gets you to take the VR plunge?