Virgin Galactic (NASDAQ: SPCE) Shares Rocket Higher on News of an Agreement With NASA on a Private Orbital Spaceflight Program 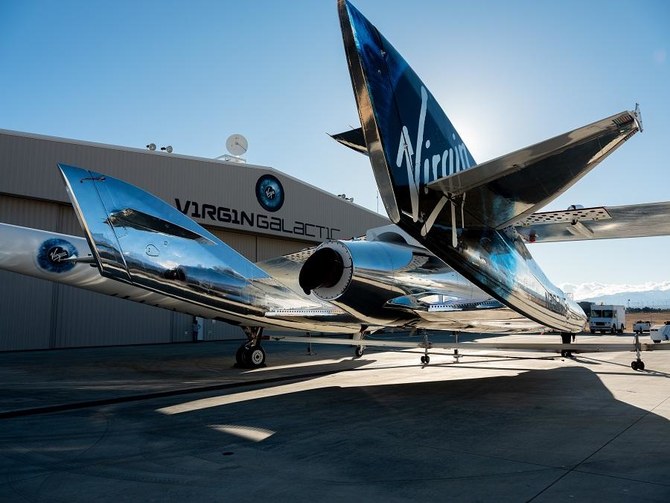 Virgin Galactic (NASDAQ:SPCE), Richard Branson’s spaceflight enterprise, has seen its stock price flounder lately amid growing skepticism regarding the company’s ability to commence its inaugural flight in 2020. Of course, the sentiment around the stock did not improve when the Virgin Group decided to unload 12.5 million shares in Virgin Galactic earlier in June. However, today the company’s stock price has rocketed higher on the back of a fresh agreement with NASA.

According to a statement released by Virgin Galactic, the company has concluded a “Space Act Agreement” with NASA’s Johnson Space Center, the Houston-based facility that leads the agency’s astronaut program. Though the precise specifications of the agreement are scarce at the moment, the partnership will allow Virgin Galactic to identify private candidates interested in purchasing private mission slots to the International Space Station (ISS), assist in transporting resources to the ISS, and provide on-orbit as well as ground resources to NASA’s ISS missions.

The statement goes on to note that:

“Virgin Galactic will also contribute end-to-end program management and integrated astronaut training packages for private passengers, tailored to meet the needs for a commercial orbital space flight experience. The partnership also serves as a pathfinder for the ISS National Laboratory by demonstrating additional involvement by the commercial sector in human spaceflight, and may lead to commercial participants conducting research and other commercial activities aboard the ISS.”

Bear in mind that Virgin Galactic has already developed a tailor-made ‘Future Astronaut Readiness program’ for its customers that would fly out of the Spaceport America in New Mexico – the company’s premier facility. The program is intended to familiarize customers with conditions in space, including the effects of zero gravity as well as the high G-forces that are encountered during spaceflights.

“We are excited to partner with NASA on this private orbital spaceflight program, which will not only allow us to use our spaceflight platform, but also offer our space training infrastructure to NASA and other agencies.”

It should be noted though that the announcement was short on specifics, eschewing to reveal the monetary benefits that Virgin Galactic stands to gain from this partnership. As per the latest data, the company currently has 603 space flight reservations, with each ticket having been sold for between $200,000 to $250,000. Branson’s spaceflight enterprise has yet to undertake its maiden commercial launch.

As mentioned earlier, filings with the U.S. Securities and Exchange Commission (SEC) in early June revealed that the Virgin Galactic Holdings and Vieco 10 Limited may sell as much as 12.5 million shares in Virgin Galactic through a distribution agency agreement with Credit Suisse. Interestingly, Richard Branson has invested $1 billion in Virgin galactic and $600 million in Virgin Orbit – the Virgin Group’s satellite venture. Virgin Galactic has also raised funding from around 400 people through its ‘One Small Step’ initiative. However, the company continues to face a cash burn problem, having lost around $500 million over the past three years. Yet, the stock has become popular among hedge funds and investors on the back of expectations that Virgin Galactic will soon unleash a new age of sub-orbital spaceflights, whereby, people will be able to zip across continents at hypersonic speeds. This hype has led to inflated valuation, thus rendering Virgin Galactic a lucrative sell at this level. It is hardly surprising, therefore, that the Virgin Group should try to take advantage of Virgin Galactic’s stratospheric current valuations by liquidating a part of its stake at such attractive prices.

Investors have reacted euphorically to the announcement of an agreement today. As an illustration, the shares of Virgin Galactic are up 15.2 percent or $2.31 in the pre-market session, as of 08:06 a.m. ET. The stock is currently trading at $17.38. Year to date, the stock has generated a gain of 47.41 percent based on the current price level.