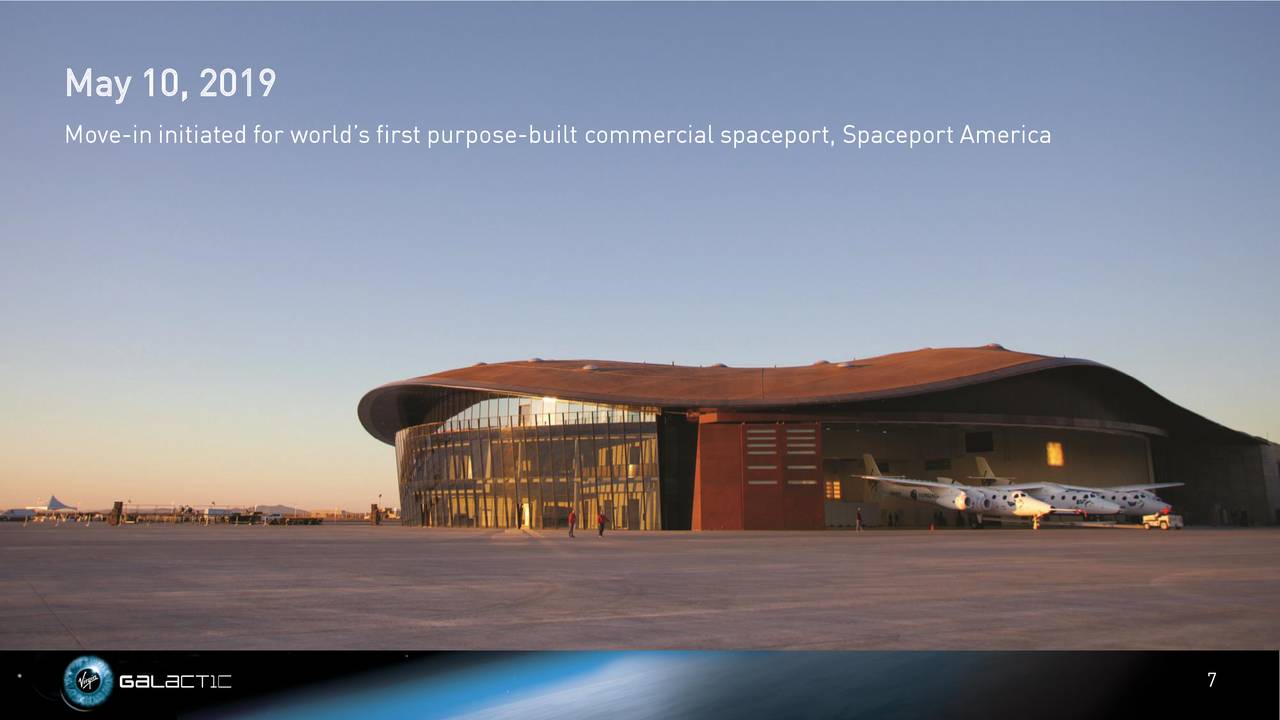 Richard Branson’s space flight venture – Virgin Galactic (NYSE:SPCE) – has been downgraded by Morgan Stanley (NYSE:MS) and Credit Suisse (SWX:CSGN) as the company reported disappointing earnings for the fourth quarter of 2019.

Jones advised investors to wait for Virgin Galactic’s fundamentals to catch up to the meteoric rise in its stock price.

"We find ourselves no longer able to recommend SPCE shares after the stock’s run this year."

As a refresher, Branson’s space flight company reported revenue of $529,000 for the fourth quarter of 2019. This metric missed expectations by $220,000 and marks a drop of 58.9 percent year-on-year. Moreover, the company reported a net loss of $73 million, a sequential aggravation of 41.74 percent. 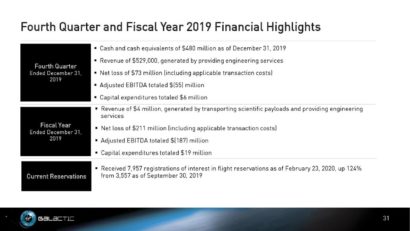 We reported on Tuesday that expectations around Virgin Galactic unleashing a new age of sub-orbital space flight had supercharged hedge funds and other investors who were convinced that soon people would be able to zip across continents at hypersonic speeds. The resulting unfettered enthusiasm was responsible for a fierce rally in the company’s stock which witnessed year-to-date gains of 196.88 percent (based on Monday’s closing price).

However, since the company’s earnings report, investors have tempered their enthusiasm. As an illustration, the stock is down by 22.74 percent relative to the opening price on Tuesday. Of course, the recent market selloff may have been responsible for at least some of these losses. But bear in mind that Virgin Galactic’s stock rose by 1.2 percent on Monday even as the broader market crashed. This shows that a fundamental shift in investor sentiment may be underway.

This does not mean that Virgin Galactic is a dud investment. On the contrary, the company remains a valid and very attractive long-term play. The firm has already received reservations from over 600 people, hailing from around 60 countries, for a ride into space where each seat costs upwards of $250,000. Consequently, based on these figures, the company currently has deposits of around $80 million against potential spaceflight revenue of $120 million. Moreover, during the earnings call, the company revealed that it received 7,957 expressions of interest in flight reservations during the fourth quarter of 2019.

The infographic below highlights the company’s medium-term strategy: 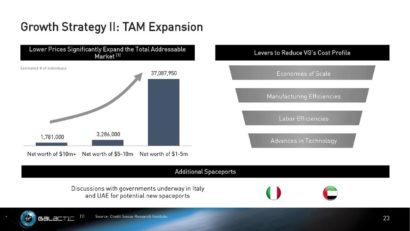 As you can see, Virgin Galactic is trying to reduce its costs so as to make space flights more affordable which, in turn, will translate into an expansion of its addressable market as well as revenue.

Even so, the company certainly has its share of detractors as evidenced by a short float – the proportion of shares that have been sold short – of 9.43 percent. Additionally, the current selloff in the stock is unlikely to improve investor sentiment, at least in the short-term.