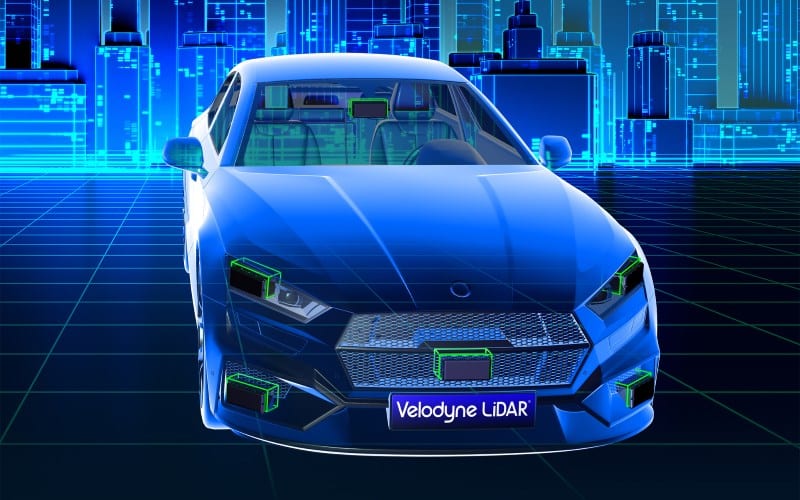 Velodyne (NASDAQ:VLDR), the manufacturer of Light Detection and Ranging (Lidar) remote sensing devices that has recently merged with Graf Industrial, has seen its shares rocked by heightened volatility following the closure of the much-anticipated business combination event. While the broader weakness in the equity sphere may have been an important contributing factor, the company’s PIPE investment structure is believed to have, at minimum, aggravated this volatility regime.

Bear in mind that Velodyne was able to close its merger with Graf Industrial, a Special Purpose Acquisition Company (SPAC), on the 29th of September when Graf’s shareholders approved the business combination proposal. However, since then, the company’s stock price has remained under pressure. As an illustration, relative to the closing price of $24.75 on the 29th of September, the stock has registered a loss of around 31 percent, closing at $17.08 on the 2nd of October.

As stated earlier, Velodyne’s PIPE investment structure may be playing an important role in depressing its stock price. As per the Form S-1/A filed by Graf Industrial on the 22nd of September, 15 million shares were registered in accordance with the SPAC’s agreement with its PIPE investors, corresponding to gross proceeds of $150 million for the company. As a refresher, a Private Investment in Public Equity (PIPE) is an arrangement whereby institutional investors inject crucial liquidity into a company in return for shares that are issued at a substantial discount.

On the second page of Form 424B3, filed by Velodyne with the U.S. SEC on the 1st of October, the company noted:

“In connection with the Business Combination, GRAF entered into the Subscription Agreements with the PIPE Investors, pursuant to which, among other things, GRAF agreed to issue and sell to the PIPE Investors, in private placements to close immediately prior to the Closing, an aggregate of 15,000,000 PIPE Shares of common stock at $10.00 per share, for an aggregate purchase price of $150,000,000.”

Crucially, Velodyne went on to elaborate on page 36 of this document:

“The shares held by GRAF's public stockholders are freely tradable, and the shares of common stock held by the PIPE Investors will be freely tradable following effectiveness of the registration statement that we have agreed to file in connection with the Business Combination covering the resales of such shares. Under the terms of a letter agreement with Ford Motor Company, we are obligated to include any shares of common stock issued to Ford Motor Company in the Business Combination in the registration statement we are required to file in connection with the registration of the shares issuable upon exercise of the public warrants. Ford Motor Company will not be subject to a lockup agreement like other former holders of Velodyne capital stock.”

The fact that Velodyne’s shares issued to the Ford Motor Company (NYSE:F) are not subject to the customary lock-up period – that bar any liquidation – should be a cause of concern for investors. In another development that may aggravate the potential for mass liquidation of these PIPE shares, Velodyne noted on page 144 of the Form 424B3 that it will expend all “commercially reasonable efforts to have the PIPE Resale Registration Statement declared effective upon the Closing, but no later than 60 calendar days following the Closing, subject to adjustment to 90 calendar days after the Closing if the PIPE Resale Registration Statement is reviewed by, and receives comments from, the SEC”.

This means that the entirety of the 15 million PIPE shares may become available for liquidation in around 60 days, subject to the declaration of effectiveness by the SEC. Since stock prices trade on future expectations, this possibility of an incoming liquidation wave is producing a somewhat depressive pressure on Velodyne’s stock.

Please note that the company’s PIPE arrangement is not illegal. But the fact that the shares issued to Ford do not entail a customary lock-up period is unusual. This development also hammers home the need for retail investors to critically examine the prospectus and other related documentation of a company before jumping headlong into taking an equity exposure.

Of course, this specter of liquidation is transitory and a vast majority of these PIPE shares may not be liquidated any time soon. Over the long-term, Velodyne’s shares will trade in accordance with the company’s financial fundamentals and commercial success. In the meantime, stockholders should buckle up for a bumpy ride ahead.