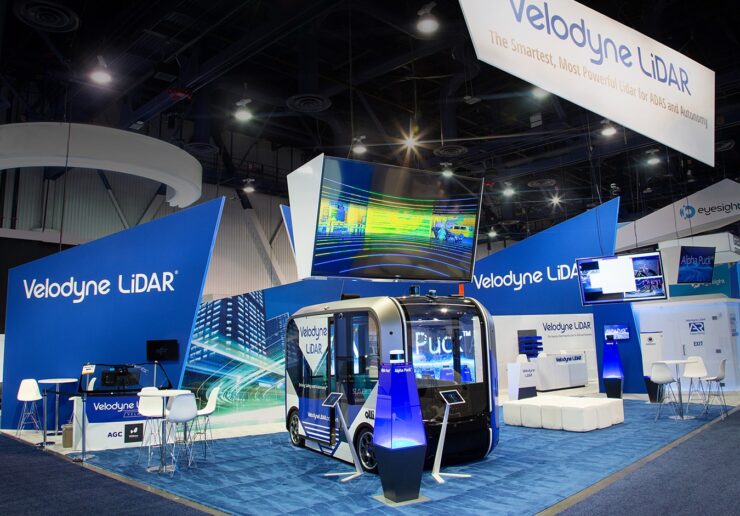 Graf Industrial (NYSE:GRAF), a Special Purpose Acquisition Company (SPAC) that continues to garner considerable interest, has taken the final step toward the consummation of its merger with Velodyne Lidar – a company that manufactures Light Detection and Ranging (Lidar) remote sensing devices used in autonomous vehicles. In a special meeting today, the SPAC’s shareholders granted the requisite approval for the merger to take effect.

Bear in mind that Velodyne stockholders had already approved the proposed business combination on the 20th of August 2020, paving the way for today’s vote by Graf Industrial shareholders. During the meeting, all proposals were approved, including the crucial business combination proposal.

With the merger now approved by Graf Industrial stockholders, the arrangement has achieved a formal closure. Upon the issuance of a formal notification in this regard, Graf Industrial shares will delist from the New York Stock Exchange (NYSE) and, instead, will commence trading on the NASDAQ under a new ticker symbol – VLDR. Similarly, all post-combination public warrants will resume trading under the symbol VLDRW. With today’s approval, Velodyne has now become a wholly-owned subsidiary of Graf Industrial, with the combined entity adopting the name Velodyne Lidar Inc.

As a part of this merger, existing Velodyne stockholders will receive 150.3 million Graf Industrial common shares. The company has described this process in detail via a Form 8-K filed with the U.S. SEC on the 25th of September 2020. The filing noted:

As per the Form S-1/A filed by Graf Industrial on the 22nd of September, 15 million shares were registered in accordance with the SPAC’s agreement with its PIPE investors, corresponding to gross proceeds of $150 million for the company. As a refresher, a Private Investment in Public Equity (PIPE) is an arrangement whereby institutional investors inject crucial liquidity into a company in return for shares that are issued at a substantial discount. Moreover, Graf Industrial will expend all “commercially reasonable efforts to have the PIPE Resale Registration Statement declared effective upon the Closing, but no later than 60 calendar days following the Closing, subject to adjustment to 90 calendar days after the Closing if the PIPE Resale Registration Statement is reviewed by, and receives comments from, the SEC”.

In another caveat, detailed by Graf Industrial in its prospectus, all outstanding warrants will become exercisable, subject to the filing of the pertinent registration statement with the SEC, within 60 business days of the merger achieving closure. As a refresher, warrants bestow upon their holders the right but not the obligation to buy an equivalent number of common shares (usually a single share) by paying the exercise price. Additionally, the combined company may redeem all outstanding public warrants for equivalent common shares by giving 30-day advance notice if the following condition is met:

“[The redemption will occur] if, and only if, the reported last sale price of the Company’s common stock equals or exceeds $18.00 per share for any 20 trading days within a 30-trading day period ending three business days before the Company sends the notice of redemption to the warrant holders.”

Readers should note that Velodyne claims that its Lidar, coupled with Vella software, provides “a higher degree of accuracy and safety to vehicle systems that incrementally address SAE's Levels of Driving Automation 1-5, to avoid collisions, avoid pedestrians and make roadways safer”. As far as Velodyne’s financial strength is concerned, the company is expected to earn around $100 million in revenue in 2020. By 2024, however, this top-line metric is expected to reach $680 million.