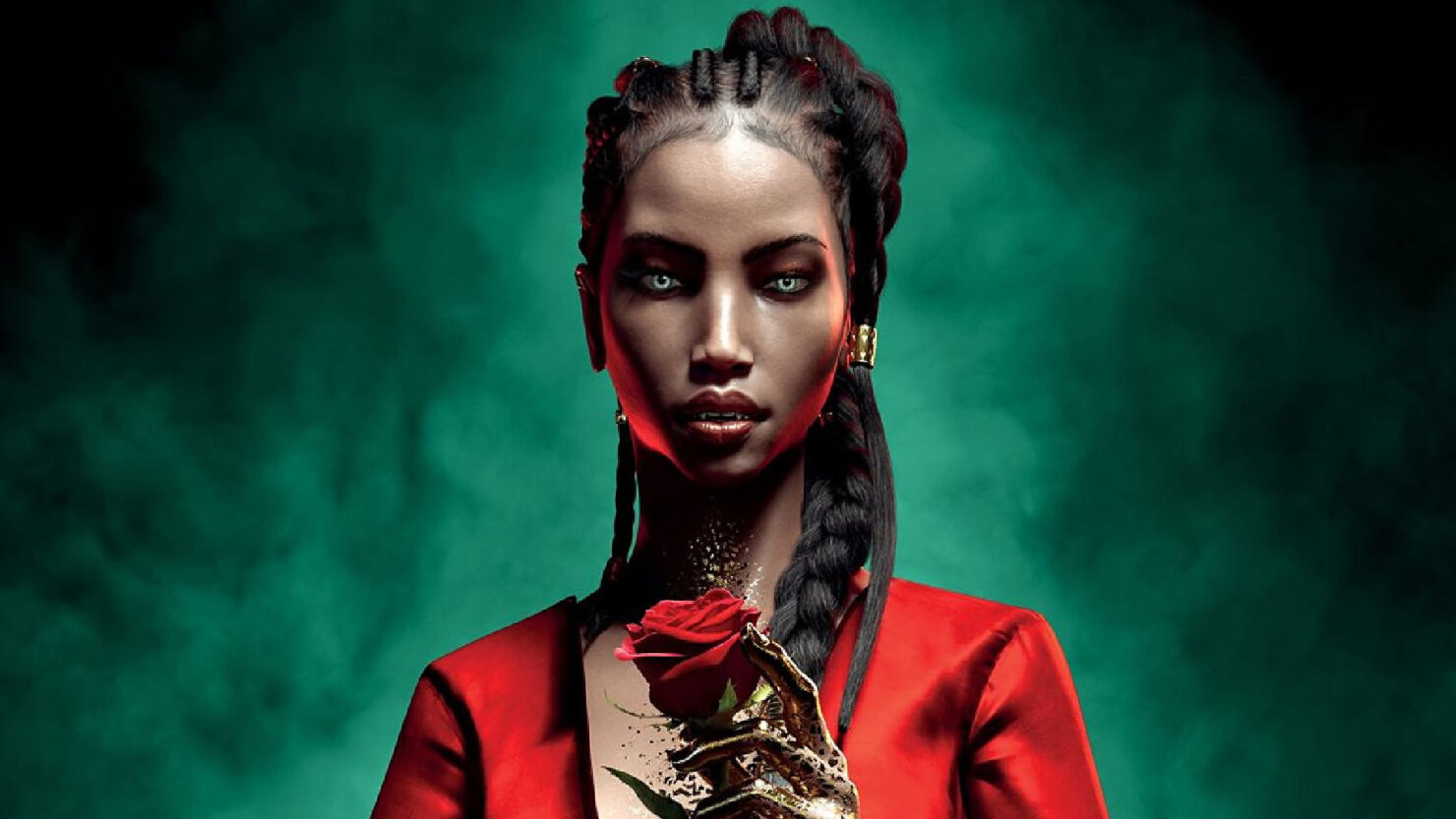 Vampire: The Masquerade – Swansong is coming soon, from the looks of it. The team at Big Bad Wolf Studio revealed a lot of the game’s deeper gameplay intricacies a couple of weeks ago, showing how some upgrades affect the gameplay, and that your choices do affect the game’s narrative and overall flow.

Today, publisher Nacon released a new trailer that features more cutscenes and gameplay. The trailer shows more in-engine footage for Vampire: The Masquerade – Swansong but doesn’t really have actual gameplay in it. You can watch the brand-new trailer, dubbed “The Night Has Come” below.

The game can be pre-ordered digitally right now if you wanted to. Visiting Vampire: The Masquerade - Swansong’s website will lead you to a neat pre-order graphic that tells you what EXACTLY you get from each pre-order version. The game will be released on Xbox Series, Xbox One, PlayStation 4, PlayStation 5, and PC via the Epic Games Store, with Steam to follow. You can see the pre-order graphic below. 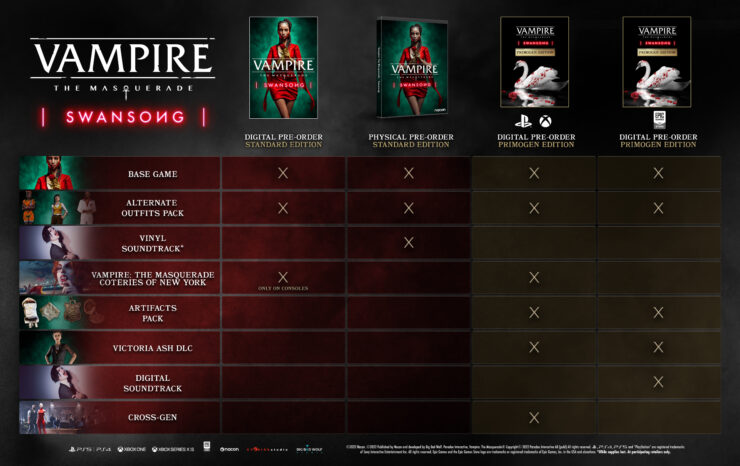 From here, you can see that all four versions (Digital Standard, Physical Standard, and both Digital Primogen versions) each have different perks and add-ons alongside the base game. There are a couple of things to note; Epic Games Store purchasers will not have access of any kind to Vampire: The Masquerade: Coteries of New York (the previous title) as a pre-order bonus, whereas all Digital PlayStation and Xbox pre-orders will.

Secondly, the Epic Games Store Primogen version is one of two ways you obtain the soundtrack, the other being the Physical Standard pre-order (as that comes as a vinyl). Standard edition purchases don’t include the Victoria Ash DLC or Cross-Gen progression (in the case of PSN and Xbox). Epic also loses out on the Artifacts Pack DLC, as well.

For the record, it seems like the PlayStation and Xbox Digital Primogen editions of Vampire: The Masquerade - Swansong hold the best value, despite losing a copy of the soundtrack in either format. You can pre-order from the website, or from PlayStation Store, Microsoft Store, or the Epic Games Store.