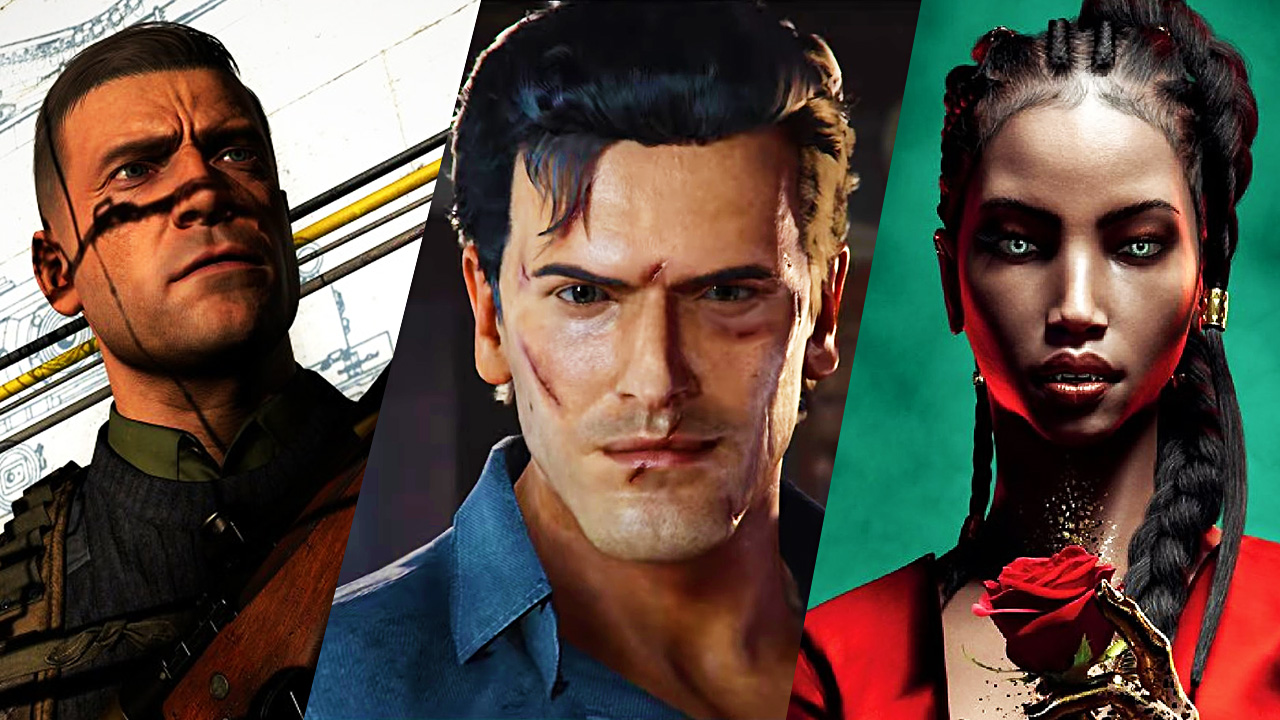 May doesn’t offer any particularly huge releases, but it does deliver on variety, with the asymmetric multiplayer fun of Evil Dead: The Game, deep RPG systems of Vampire: The Masquerade – Swansong, and skull-shattering action of Sniper Elite 5, just to name a few. Meanwhile, on the indie front, we get the narrative sci-fi RPG Citizen Sleeper, hardcore Soulslike Dolmen, and more.

There are a lot of Warhammer strategy games of slightly different flavors out there, but Warhammer 40K: Chaos Gate – Daemonhunters looks to make its mark with a distinctive bloody and badass take on XCOM-style tactical combat. Players take on the role of the Grey Knights, holy warriors who prefer to charge headlong into the battle, resulting in unique “kill or be killed” battles. Add in a surprisingly-complex strategic layer, and a devilishly challenging experience awaits (check out my full interview with the makers of Daemonhunters here). Pre-order the game here.

The whole asymmetric  “co-op survivors vs. killer” thing has been a few times before, but none of those other games feature a virtual Bruce Campbell and his boomstick, so Evil Dead: The Game has that going for it. It really does seem like this one is diving deep into Evil Dead series lore, and developer Saber Interactive know how to make a good shooter when they put their minds to it. While it probably isn’t going to eclipse the likes of Dead by Daylight, Evil Dead: The Game looks like it has a shot at being a groovy good time. You can pre-order the game here.

There are a ton of Vampire: The Masquerade video games out there at this point, but not a lot that really aim to replicate the original table-top RPG experience. Vampire: The Masquerade – Swansong is the exception, as it focuses on deep character building and role playing rather than action or combat. If you can get over the lack of fighting, Swansong’s story promises to sink its fangs into you. You can pre-order the game here.

Take on the role of an intrepid space salvager as they carve up derelict spacecraft in the unique blue-collar space sim Hardspace: Shipbreaker. Polished zero-G physics and controls and a deep upgrade system will keep you slicing up ships for a good long time. Hardspace: Shipbreaker has spent the last couple years in Early Access, attracting a loyal fanbase in the process, but now it’s launching in full, so you can see what all that good word-of-mouth has been about. You can grab the Early Access version here, which will covert to the full version later this month.

Rebellion’s Sniper Elite series is a unique combination of stealth, careful planning, and exploding testicles, and Sniper Elite 5 promises to deliver more of the same sharp-shooting action. Expect an upgraded presentation and some new multiplayer features, including an Invasion mode that lets other players barge into your game Dark Souls style. It looks like Rebellion’s reliable series remains on target. You can pre-order the game here.

Citizen Sleeper is a futuristic RPG with a slick art style and some old-school table-top flavor. You play as a “sleeper” – a digitized human consciousness contained within an android body – living on a ragtag space station on the edge of the galaxy. Solve mysteries, help fellow space station inhabitants, and generally decide how you want to live your android life. This one looks like it could be the next Disco-Elysium-esque indie RPG hit. Here’s the Steam page for Citizen Sleeper.

We Were Here Forever (PC, May 10; Consoles "following soon")

Those looking for a new co-op experience really ought to check out the We Were Here series. The games require online partners to act as each others' eyes and ears, communicating in order to solve sometimes tricky puzzles. We Were Here Forever relocates the action to a spooky castle environment and looks to serve up the series' most complex challenges yet. Here’s the Steam Page for We Were Here Forever.

There are certainly no shortage of Soulslike action-adventures out there right now, but Dolmen nevertheless looks like a solid entry in the genre. The game serves up intense, fluid action, a unique alien world, and some surprisingly-slick visuals for an indie. If you’re not tired of hacking and slashing through Elden Ring, given this one a try. Here’s the Steam Page for Dolmen.