Valorant Had 334 Million Hours Watched via Twitch in April; Live Streaming Up 100% YoY 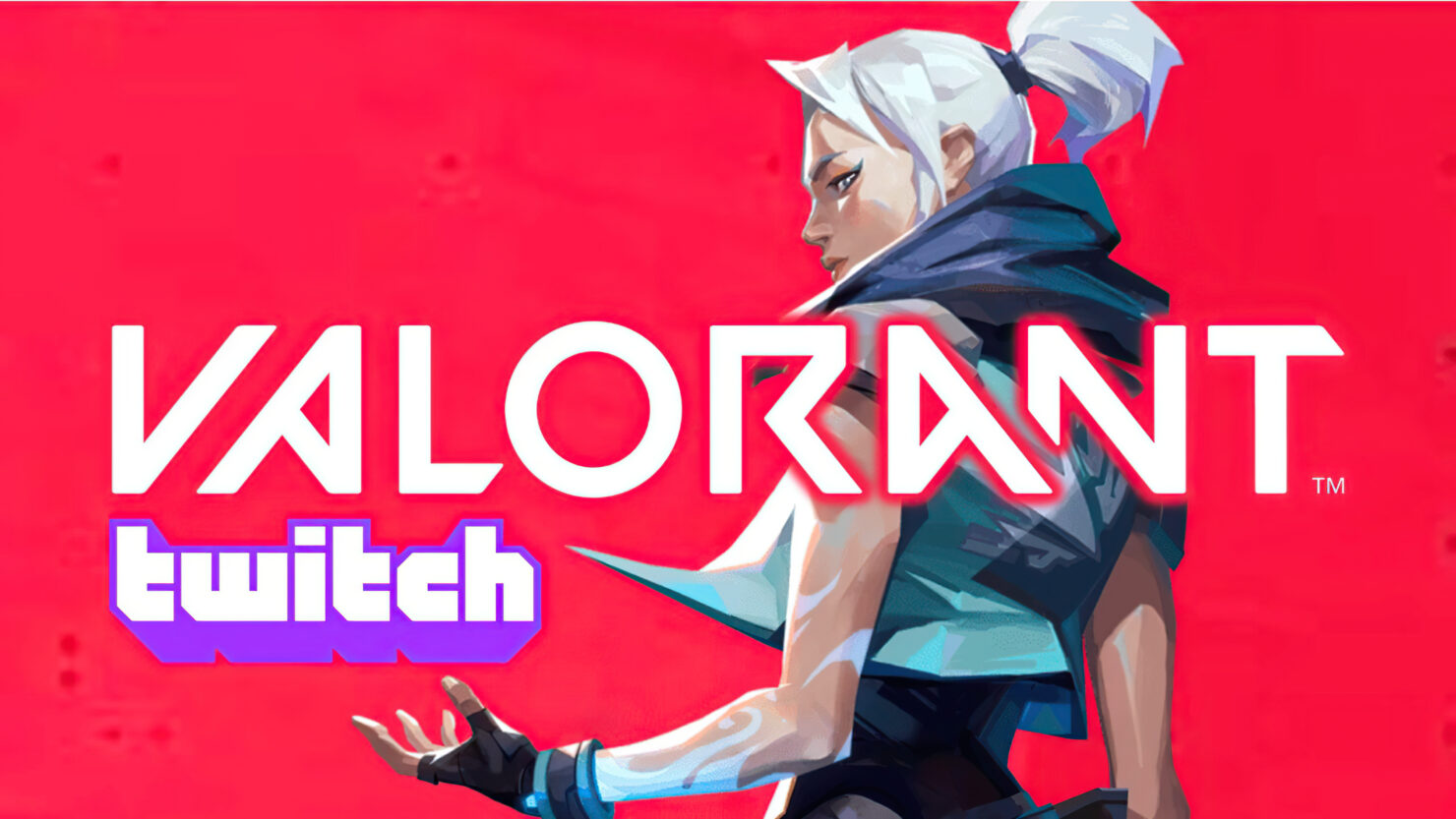 Valorant, Riot's new free-to-play shooter game, made a huge splash on the Twitch scene when it launched a few weeks ago.

That's not to say Epic's Battle Royale game is doing badly, far from it. In fact, Fortnite recorded continuous growth in hours watched on Twitch since the beginning of this year in January, likely helped by the Travis Scott in-game concert. 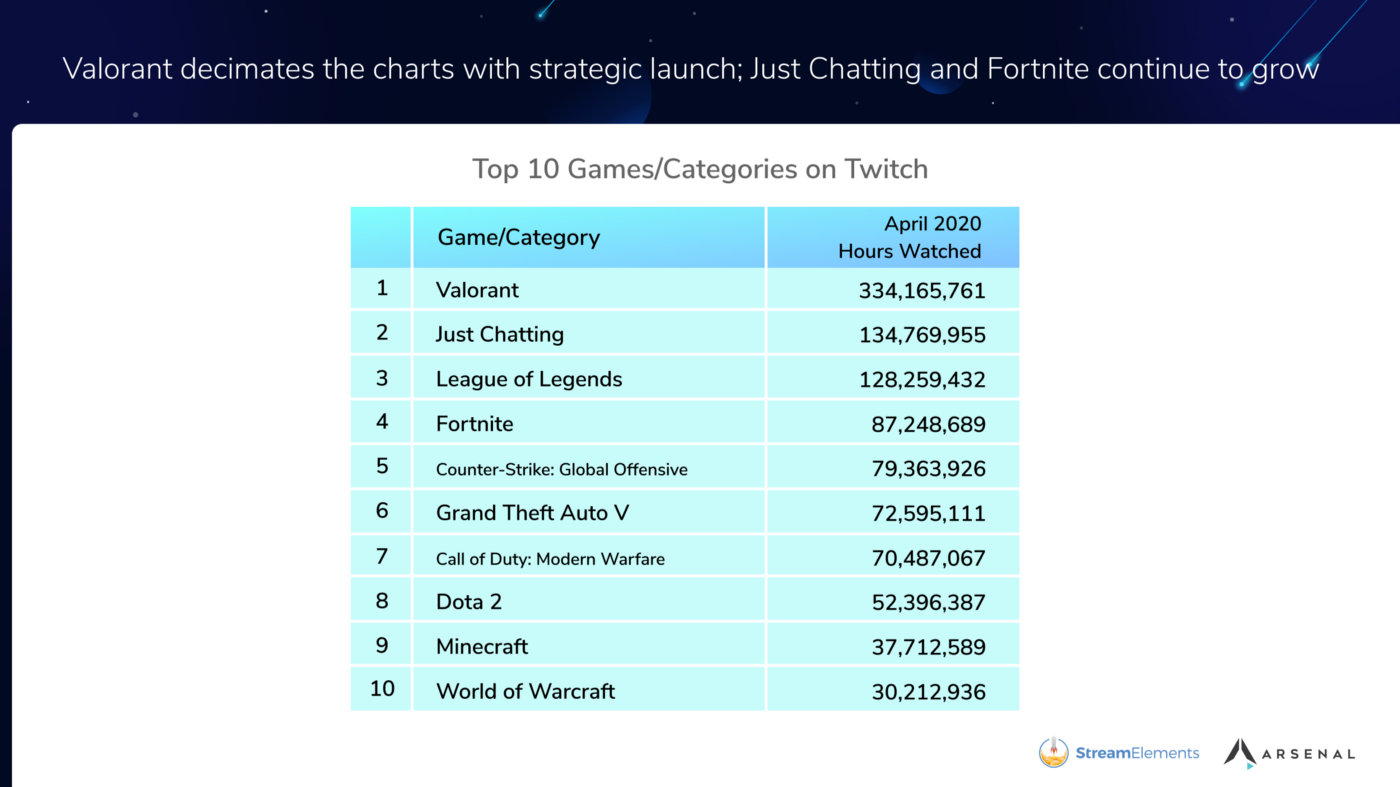 Beyond just Twitch, it's the whole live streaming segment to be booming thanks to the COVID-19 induced lockdowns. According to StreamElements and Arsenal.gg, the overall industry growth in April 2020 was roughly 100% year-over-year, with Facebook Gaming growing more than any other platform (238%) in this timeframe. The outlier in this chart is clearly Microsoft's Mixer, which is basically on the exact same level of April 2019, pointing out the ongoing struggles to take off despite having signed on an exclusive deal with Tyler 'Ninja' Blevins. 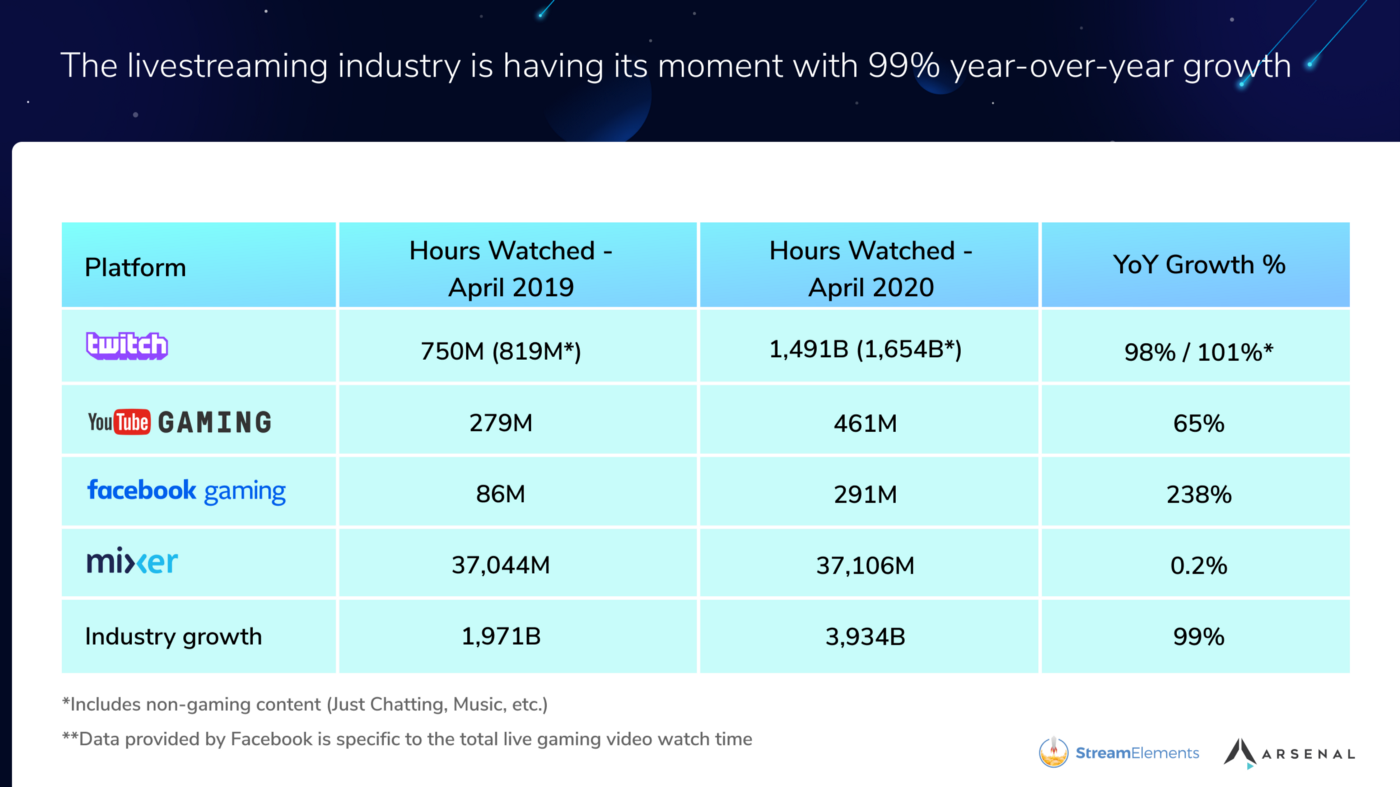 Perhaps even more impressive is the month-to-month growth, estimated to be at 45% for the whole live streaming industry. Once again Facebook Gaming takes the lead here with a 72% increase in hours watched, while Twitch comfortably sits around 50% growth.

The difference between March and April is clear - several countries didn't have full COVID-19 lockdowns in place until mid-March, so the effect of people resorting to live streams to pass their time while stuck at home was felt more in April globally. 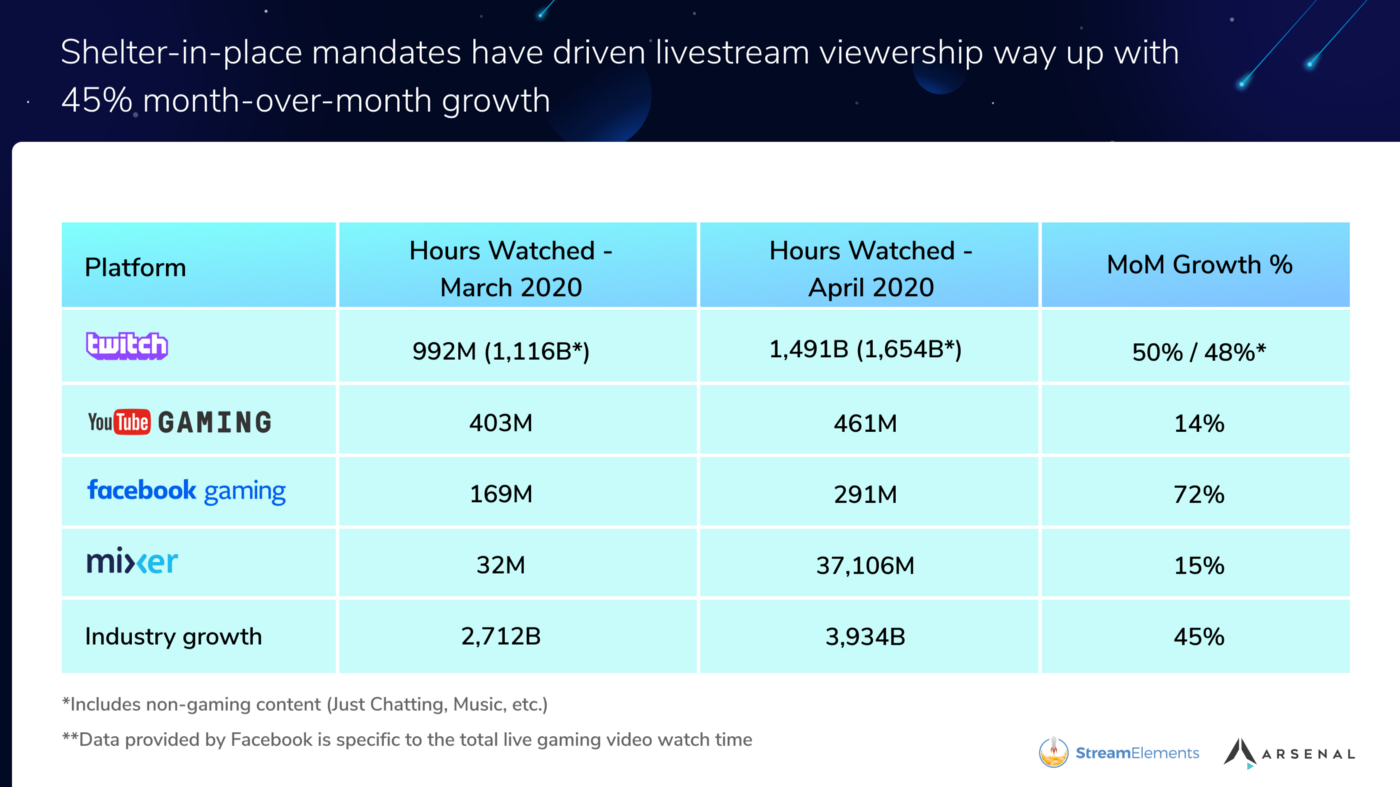 Whether this kind of momentum can be largely kept as lockdowns are slowly lifted around the world is debatable, but the winds are undoubtedly strong for Valorant, Twitch, and the live streaming industry as a whole.