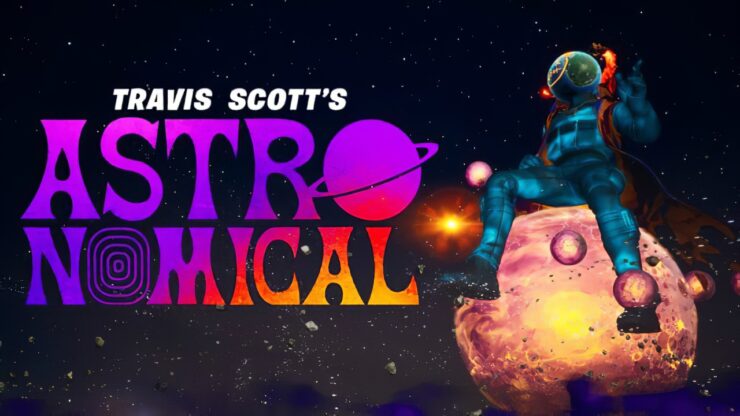 Fortnite just made history: a virtual concert attended by a record-breaking 12 million players. Travis Scott's Astronomical will go down in history as one of the key turning points in the evolution of virtual concerts. From bad quality music blasting in chat rooms in the early 2000s to Travis Scott's Astronomical, we feel the evolution of virtual concerts has almost been perfected. With the entire experience feeling absolutely revolutionary - this is one event gamers and non-gamers alike would have been lucky to be part of.

Catch an encore performance before the tour ends: https://t.co/D7cfd2Vxcc

The event was scripted and executed entirely inside the game and I can see this kickstarting a trend of virtual concerts. Marshmellow has already performed in Fortnite in the past, but this coronavirus-induced forced isolation is only going to catalyze peoples desire for a musical get away - albiet a virtual one.

The event was an absolute gem to experience. The set started with a generic stage but Epic's magic quickly became apparent as a larger than life, and virtualized, Travis Scott appeared above the denizens of Fortnite. Complex animations and a dynamic were painstakingly scripted into the performance with glitches timed to stomps and a giant contraption floating behind the singer.

In classic Fortnite style, the performance actually increased in sophistication, and dare I call it, trippiness, as magma started falling from the sky before the world became engulfed in lines that I can only describe as energy. Everything finally collapsed into a giant cosmic astronaut. Considering most of us are feeling pretty cooped up right now, a virtual event like this not only makes us forget the quarantine but is in many cases, more experiential than a live set.

Travis Scott's Astronomical was a world premiere from the artist and had been hyped up on the gaming publisher's website for quite a while now. With Astronomical having set this legendary a precedent, I am fairly certain artists would be queuing up for their own concert right now. I am also sure that EPIC will find it rather easy to break their existing record of 12 million players as interest around this has absolutely exploded. 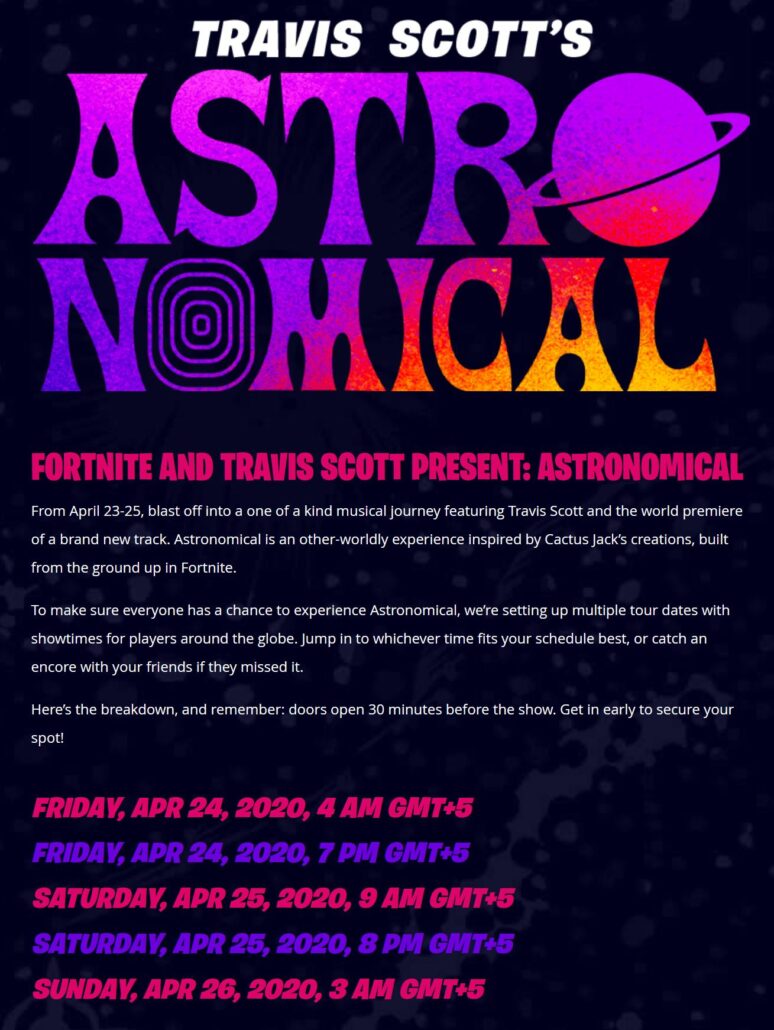 This might be wishful thinking, but if you can combine VR with a virtual set like this then I can see this being the ultimate musical experience - and dare I say it - much better than attending a live session. The larger than life approach to Fortnite concerts is something that is incredibly freeing and I am sure we will be seeing a lot more of it in the future.

Did you miss out on the concert and are having a serious case of FOMO? Fret not, child, we have you covered. You can watch the event in glorious 21:9 ultrawide resolution with some great camerawork by Keith over here: