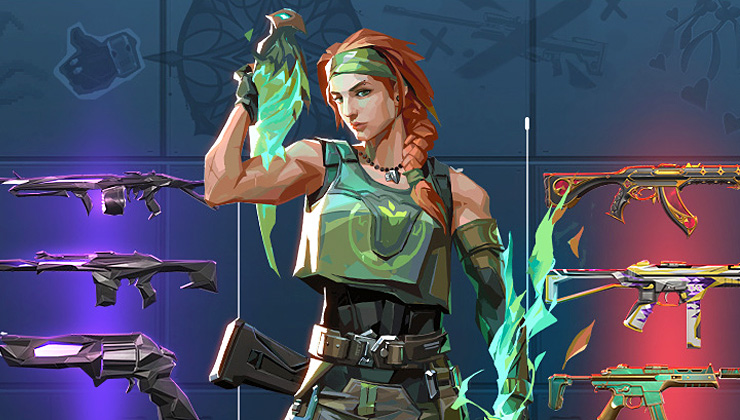 Valorant Act 3 kicks off next week, and it will add a new map and Agent, although players will have to wait a couple extra weeks for the latter. The new map is named Icebox, and, well, it’s pretty much exactly what it sounds like. A frosty battleground set in and around an abandoned artic research station. Check out a quick teaser trailer for the new map, below.

Here’s a rundown of the main things can expect when Valorant Act 3 kicks off next week:

An abandoned Kingdom research facility in the arctic wilderness is the next location to flex your aim and abilities. Pierce the dense snow cover as an Attacker to plant the Spike. And, outplay as Defender using ziplines to reach new and dangerous heights. The two objective sites on Icebox favor frequent skirmishes, sharp aim, and adaptive play.

Singularity exists in a far future, vast in its journey from the beyond. Powerful, abstract, and mysterious. None know where it came from or how it came to be. Harness its unstable force on the Phantom, Sheriff, Spectre, Ares, and Melee when you buy the Singularity bundle.

Collect heads, rake in the XP, then snap on Act 3 exclusives like the “Chilly McFreeze” Gun Buddy to match your arctic battles, the “Radianite Hazard” Player Card, and the Viper Spray that reminds you to wash your hands. Purchase the Act III Premium Battlepass to unlock more tiers of Valorant items like the Ruin Vandal, “Disco Ball” Gun Buddy, and the Surge Bucky (with variants!).

As mentioned, the next Agent won’t be available at the launch of Act 3, but Riot has provided a couple teaser images, which you can check out below (click the images for full resolution).

It seems our new unnamed redhead will either be able to control a fox buddy or perhaps turn into one herself. Either way, she should be an interesting addition.

Valorant is available now on PC. Act 3 and the new map become available on October 13, while the new Agent will arrive on October 27.