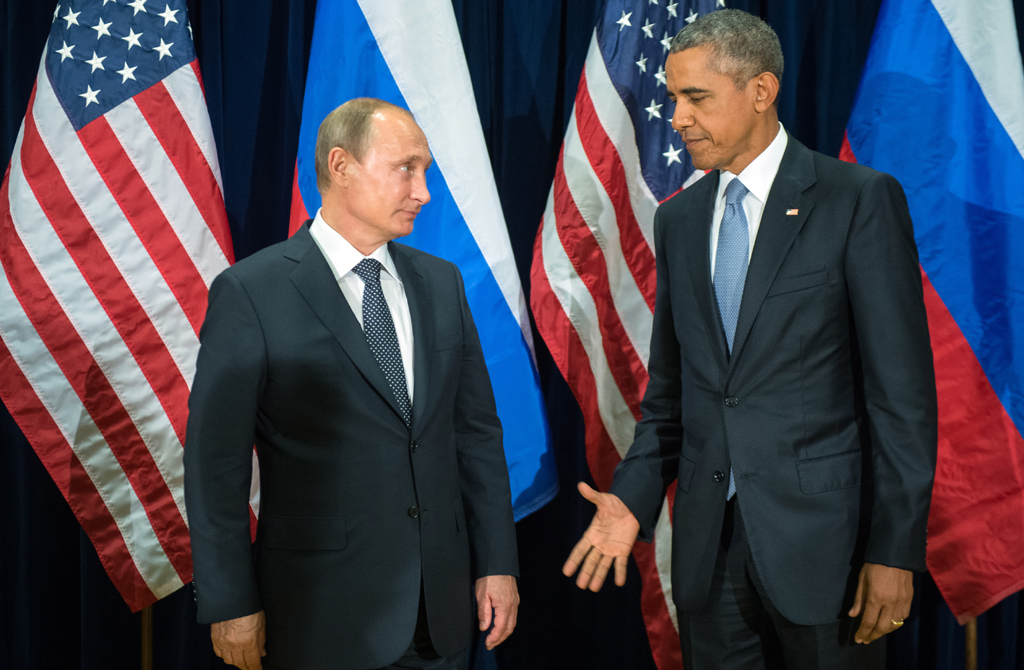 The White House is planning to announce "a series of retaliatory measures against Russia for hacking into U.S. political institutions and individuals and leaking information in an effort to help President-elect Donald Trump and other Republican candidates," Reuters has reported citing two US officials. The retaliation plan could be announced to the public as soon as Thursday.

While both the senior officials declined to specify what actions President Barack Obama has approved, the retaliation measures that are expected to be announced this week could include expanded sanctions. The plan is likely to include economic sanctions, indictments, restrictions on Russian diplomats in the United States, and leaking information to embarrass Russian officials. Reports ahead of the election had also suggested that the US intelligence agencies were considering to leak information to "embarrass the Kremlin leadership."

As we had reported in October, intelligence officers had said that "two can play at this game and we have a lot of stuff," however, "then the issue becomes, they [Russia] can do worse things to us in other places."

Today's reports confirm these concerns of escalating cyber conflict as officials on the condition of anonymity told Reuters that at least one decision has been made - not to exceed the Russian hacking. The Obama administration is expected to take measures that it deems to be a proportional response to the alleged Russian interference in the US election.

The FBI, CIA and the Office of DNI agree that Russia was behind the DNC hacks and subsequent leaks, regardless of the source that contacted WikiLeaks. US officials have also said that there's agreement in the community that Russia sought to help Donald Trump, a Republican candidate, and to defeat Hillary Clinton who has a long-standing feud with Vladimir Putin.

Trump, however, has dismissed the assessments of the US intelligence agencies. One senior official said that "part of the goal here is to make sure that we have as much of the record public or communicated to Congress in a form that would be difficult to simply walk back."

Before the election, a report in October had revealed US government's plan to launch "an unprecedented cyber covert action against Russia in retaliation for alleged Russian interference in the American presidential election."

Today's report comes after months of internal debate over how to respond to Russia as the country's cyber capabilities are more advanced than North Korea or China who the US government has previously dealt with over cyber concerns.

White House is not only concerned about a sending a message to Russia, but also to deter future attempts on impacting US electoral process. "As much as I am concerned about what happened to us in the election, I am also concerned about what will happen to us in the future," another administration official said. "I am firmly convinced that the Russians and others will say, ‘That worked pretty well in 2016, so let’s keep going.’ We have elections every two years in this country."

Russia has repeatedly denied these accusations that the country sought to intervene in the election.

Russia's Foreign Ministry spokesperson, Maria Zakharova, said in a statement on the ministry's website ahead of these reports, "If Washington really does take new hostile steps, they will be answered ... any action against Russian diplomatic missions in the US will immediately bounce back on US diplomats in Russia."

From Moscow: Russian Hacker Claims FSB Ordered Him to Hack DNC Servers Ahead of the US Election