Journalist Is Suing FBI, CIA for Details on Alleged Russian Interference of 2016 US Election 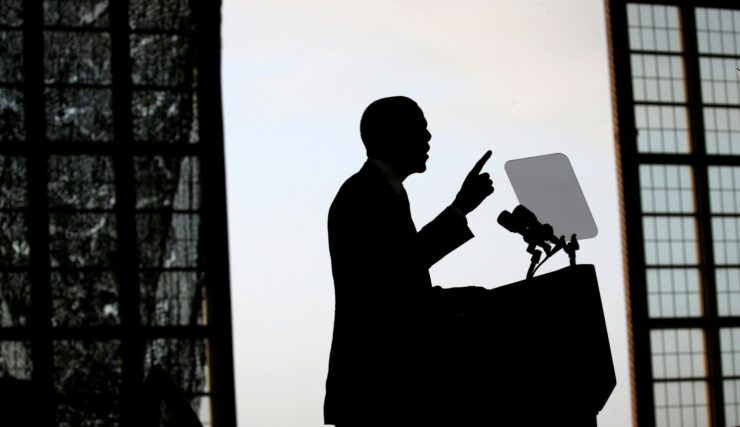 An investigative reporter and a doctoral candidate at MIT have filed a lawsuit against the FBI, the CIA, the Department of Homeland Security, the Department of Justice (DOJ), and the Office of the Director of National Intelligence. The lawsuit claims the US spy agencies failed to comply with a Freedom of Information Act (FOIA) request seeking records about alleged Russian interference in the 2016 US presidential election.

Jason Leopold, an investigative reporter who has been published in the Vice, the Guardian, and the Wall Street Journal, and Ryan Shapiro, a PhD candidate at MIT and research affiliate at Harvard, filed the lawsuit yesterday [PDF]. This lawsuit follows an earlier FOIA request that demanded the bureau to "release records related to its curious disclosures, behind-the-scenes actions, and apparent leaks in the days leading up to the U.S. presidential election." Leopold and Shapiro have filed the latest lawsuit after never receiving word if their petition for expedited processing of their FOIA request would be granted or not.

Earlier this month, the CIA released its assessment in a closed-door meeting confirming that it was confident that Russia had interfered in the election process. Following this assessment, the FBI, DNI and other intelligence agencies also agreed with the findings of the Central Intelligence Agency. According to a WaPo post, the assessment based on "a growing body of intelligence from multiple sources" led the agency to believe that it was "quite clear" that electing Trump was Russia's goal, the agency had told the senators in a closed-door briefing.

Nothing in the public record...

The US intelligence community, however, has yet to make any of this information public that has led them to believe: 1. that Russia played a role in influencing election result, and 2. that electing Trump was one of Russia's goals. Since the election results that shook the country with surprise as an overwhelming majority of polls had predicted a Clinton win, the timing of these reports is causing more doubt amongst voters. While there are a number of reports from private security companies, like CrowdStrike, that have linked the hacking groups to Russia, the CIA itself hasn't made any evidence available to the public.

The first hacks on the campaign and election systems that were detected happened back in fall, 2015 when the FBI warned the DNC of a potential ongoing breach of their network. Why couldn't the agencies then start a probe and deter further hacks before the election day, voters have repeatedly asked. The FBI is specifically in the limelight right now, as both its last-minute announcement of restarting the Clinton email probe that appeared to have favored President-elect Donald Trump (as the FBI later announced it had found no evidence) and now its agreement with the CIA assessment paints a muddling, vague picture of what exactly is going on.

However, it would be wrong to say that the US intelligence agencies weren't aware of or didn't name Russia before the election day. On October 7, in a joint statement, seventeen US intelligence agencies publically concluded the DNC hack and the breach of the emails of John Podesta, Hillary Clinton’s campaign manager, was indeed the work of Russian hackers.

Leopold and Shapiro sought information about the facts and any ongoing investigations that tie the Russian government to the election hacks. The FOIA specifically seeks information that Congress may have received to or from the federal intelligence agencies that use terms like CrowdStrike, FireEye, APT, Fancy Bear, and Guccifer 2.0, among others that could tie Russia to the hacks.

Vice previously wrote the following of the FOIA request, Leopold had filed.

Our FOIA suit demands info on Trump, the Clintons, and Breitbart News

VICE News and Shapiro filed more than 50 FOIA requests with the FBI seeking documents about the bureau’s discussions regarding Donald Trump, along with other documents that would shed light on the FBI’s decision a week before the election to tweet newly posted records from a long-dormant Twitter account about Bill Clinton’s 2000 pardon of financier Marc Rich.

Our lawsuit “seeks public disclosure of specified government records to make sense of the pivotal role of the FBI, as well as of other agencies, in perhaps the most controversial presidential election in modern U.S. history".

According to the office of the DoJ, the agencies are required to notify the party who issued the FOIA requests within 10 days of receiving a letter requesting for expedited processing. Leopold and Shapiro first sent their request to the FBI, CIA and the ODNI on Dec 14 and another request to the CIA on Dec 15.