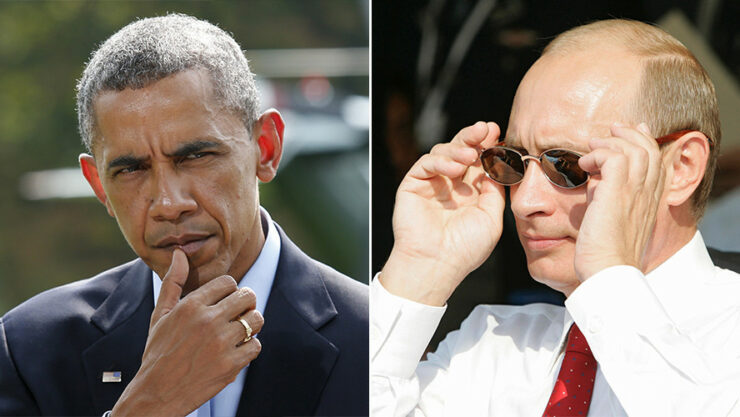 President Barack Obama has ordered intelligence agencies to review Russia-backed hackers launching cyber attacks that many believe affected the outcome of the US presidential election. As pressure from Congress has grown for public understanding of how the Kremlin interfered in the process, Obama wants the agencies to deliver the report before he leaves office on Jan 20.

Today's announcement from the White House comes after calls for a possible retaliation against alleged cyber attacks and a better understanding of why officials believe Moscow was behind the operation. Ahead of the election, the US government had formally accused the Russian government of launching cyber attacks to influence the election outcome.

White House Homeland Security and Counterterrorism Adviser Lisa Monaco said Friday that the cyber attacks were not new, as the country had previously seen China infiltrating campaign systems. However, it might have crossed a "new threshold" this year.

"We may have crossed into a new threshold and it is incumbent upon us to take stock of that, to review, to conduct some after-action, to understand what has happened and to impart some lessons learned," Monaco said.

"The President has directed the Intelligence Community to conduct a full review of what happened during the 2016 election process. It is to capture lessons learned from that and to report to a range of stakeholders," she said at a breakfast with reporters. "This is consistent with the work that we did over the summer to engage Congress on the threats that we were seeing."

Obama has said he warned Russian President Vladimir Putin about the consequences of cyber attacks, however, no clear actions were taken. Questions have remained about the extent of Russian involvement in the US presidential election, as Germany, UK and other countries also face growing threats from the country. The US government, however, is yet to declassify their findings which led to the White House accusing the Kremlin of election hacks.

"It is clear that the Russians hacked our democratic institutions and sought to interfere in our elections and sow discord. In this, tragically, they succeeded," California Representative Adam Schiff, a senior ranking member of the House Intelligence Committee, said. "Given President-elect Trump's disturbing refusal to listen to our intelligence community and accept that the hacking was orchestrated by the Kremlin, there is an added urgency to the need for a thorough review before President Obama leaves office next month."

President-elect Donald Trump has remained skeptical of these accusations. While the intelligence agencies haven't suggested if the attacks were designed to help Trump's election win, the impact was more damaging to Clinton. Trump continues to deny a Russian role in the hacking, despite overwhelming consensus from various US intelligence agencies and private sector security companies. He did, however, praised the FBI (agency was one of the first to link election hacks to the Kremlin) for Hillary email investigation.

When asked if Trump's transition team was not concerned about Russia's influence on the election or about other threats to the United States, Monaco said it was too soon to say. She added the report would be shared with members of Congress. It wasn't immediately clear if the findings would be made public.

"You want to do so very attentive to not disclosing sources and methods that would impede our ability to identify and attribute malicious actors in the future."