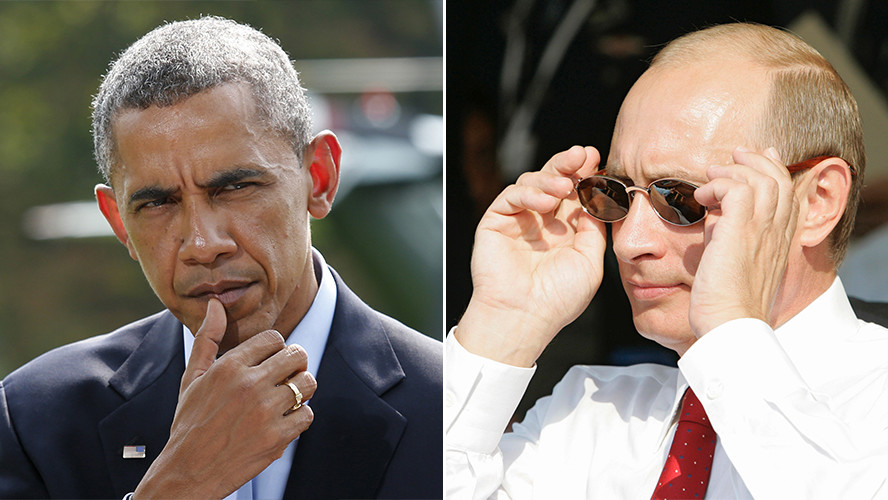 An exclusive report has revealed that the Obama administration is threatening a cyber war with Russia over allegedly trying to influence the US presidential election. The government has asked the CIA to draft plans for a wide-ranging clandestine cyber operation designed to "'embarrass' the Kremlin leadership."

The government is "contemplating an unprecedented cyber covert action against Russia in retaliation for alleged Russian interference in the American presidential election". The US intelligence officials told NBC News in an exclusive report. We aren’t sure how exactly “covert” or “clandestine” this operation is going to be. The intelligence officials are literally trying to broadcast it just weeks before election.

According to this report, the Central Intelligence Agency is considering a number of wide-ranging cyber attacks on Russia as payback for the country interfering with the 2016 US election. The agency has already started to select targets and open cyber doors in preparation for the attack. Intelligence officers said "the agency had gathered reams of documents that could expose unsavory tactics by Russian President Vladimir Putin."

Intelligence officers "with direct knowledge of the situation" also told the publication "there is a long history of the White House plotting potential cyber attacks against Russia". But, they didn't carry out these attacks as "none of the options were particularly good.”

Two former CIA officers who worked on Russia told NBC News that there is a long history of the White House asking the CIA to come up with options for covert action against Russia, including cyber options — only to abandon the idea.

How will they come up with "particularly good" options now, is yet to be seen.

If someone has decided, 'We've had enough of the Russians,' there is a lot we can do. Step one is to remind them that two can play at this game and we have a lot of stuff. Step two, if you are looking to mess with their networks, we can do that, but then the issue becomes, they can do worse things to us in other places.

It is not a particularly strong message when intelligence officials admit to fear of Russia doing “worse things” to the US. However, with this public interview, it seems the US government and intelligence is at the Step 1; reminding Russia that the intelligence agencies who hacked into the networks of several other governments and illegally spied over their own citizens can very well hack into the Russian networks too. The "goal is to send a message to Russia that it has crossed a line," officials said.

Vice President Joe Biden said earlier this Friday that the government is “sending a message" to Putin. "It will be at the time of our choosing, and under the circumstances that will have the greatest impact."

Well, the US government is certainly doing a lot of work for some upcoming Hollywood series. Grab your popcorn, because this "war" appears to be more of a drama. Much like the presidential election itself.