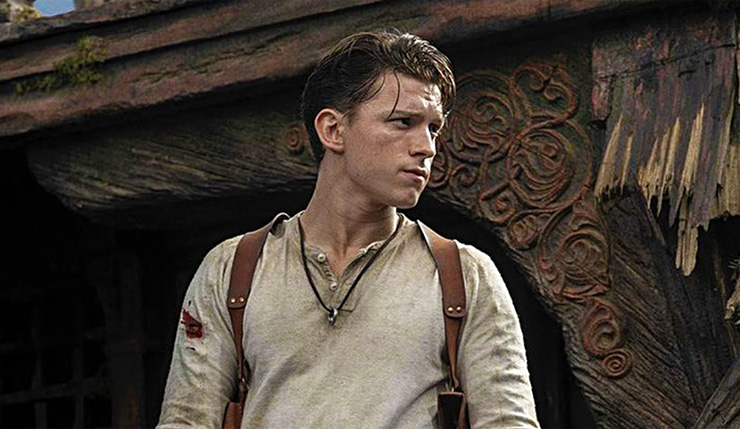 The (very) slow trickle of information about the Uncharted movie continues, as the New York Times has revealed a first look at Tom Holland’s Nathan Drake and Mark Wahlberg’s Victor “Sully” Sullivan together. It’s the most revealing shot we’ve seen of the movie yet, although fans were quick to point out something pretty crucial was missing. See if you can spot what it is, below. 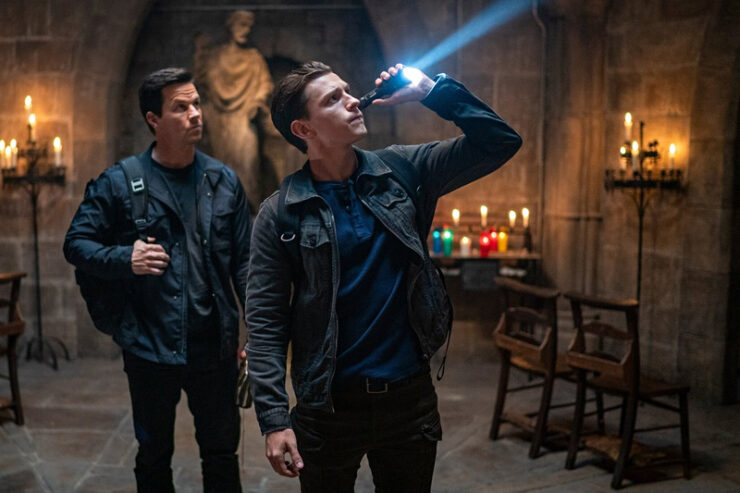 Yup, where the heck is Sully’s mustache? Or grey hair for that matter? Granted, the Uncharted movie is a prequel featuring a younger Nathan Drake, but very little effort seems to have been put into making Sully look like anything other than just plain old Mark Wahlberg. The lack of Sully stache is somewhat surprising, as Wahlberg recently posted a video of himself sporting a pretty impressive soup strainer, which many took to be a tease for the Uncharted movie. Maybe it was for a different project? Or perhaps Wahlberg’s Sully starts stache-less and gets one later in the movie? We shall see I suppose.

The Uncharted movie has had a long and rather sordid history, but the movie’s cast and crew were finally solidified last year. The flick stars Holland as Nathan, Wahlberg as Sully, Sophia Taylor Ali as Chloe Frazer, and Antonio Banderas and Tati Gabrielle in unspecified roles. The movie will be directed by Ruben Fleischer (Zombieland, Venom), and written by the team of Art Marcum and Matt Halloway (Iron Man, Punisher: War Zone). We don’t know much about the story yet, but it seems like it will draw elements from the entire series, and Holland himself has hyped it as “one of the best scripts I've ever read.”

The Uncharted movie is currently slated to hit theaters on February 11, 2022. What do you think? Excited for the movie or is Mark Wahlberg’s smooth upper lip simply unforgivable?