The multiplayer focused Resident Evil series spin-off called Umbrella Corps, currently in development for PlayStation 4 and PC, has received a brand new trailer today, revealing a new map that will be available in the game. 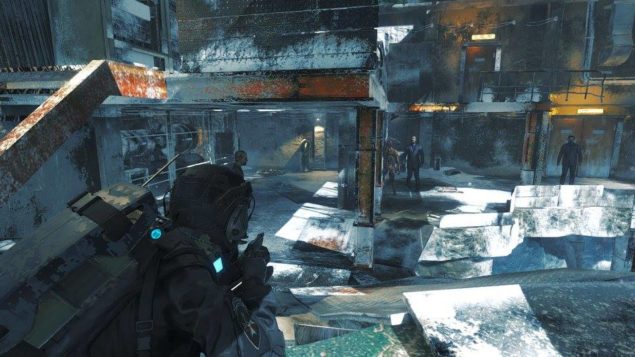 The new Umbrella Corps map is the Antarctic Base map, inspired by one of the location of the now classic entry of the Resident Evil series Resident Evil Code Veronica. The features of the new map have been detailed in a new post on Capcom Unity.

The newly unveiled Antarctic Base map offers players three levels of the fractured facility to explore and gain tactical advantage over the competition. Iconic locations from Resident Evil Code: Veronica can be spotted in the most recent screenshot gallery. Mercenaries can clash their Brainer melee weapons on the heliport where Claire battled the monstrous Alexander Ashford. The derelict factory floor presents ample cover for players to engage in firefights.

A new batch of screenshots showcasing the new Umbrella Corps map as well as some new weapons and customization features has also been shared today. You can check out the new screenshots right below.

The new Resident Evil Code Veronica inspired map isn't the only Umbrella Corps map inspired by Resident Evil games. Some time ago, it's been confirmed that a Kijuju map is also going to be available in the game.

Two weeks ago, another Umbrella Corps trailer has been shared online, showcasing some of the game's customization features. The trailer has also confirmed that the multiplayer shooter game will be released on June 21st and not during May as previously announced.

Umbrella Corps will launch on June 21st on PC and PlayStation 4 in all regions. We will keep you updated on Capcom’s upcoming multiplayer shooter as soon as more comes in on it, so stay tuned for all the latest news.