Among the more important Japanese publishers, Capcom is one of those who don't have many new titles scheduled for 2016. Next month console and PC players will be able to enjoy Resident Evil 0 HD Remaster but it seems like some interesting announcements will be coming next year. 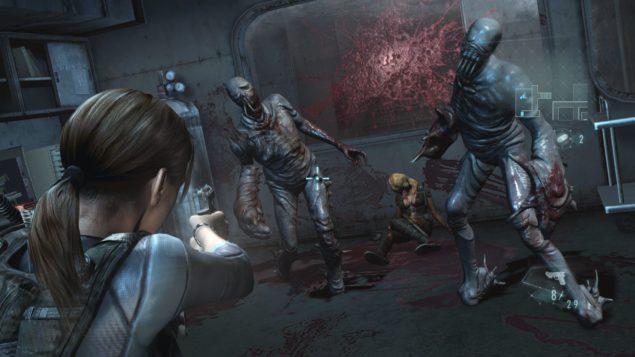 In a new interview with Japanese website 4Gamer, Resident Evil :Revelations producer Masachika Kawata has been asked about what to expect in 2016. Mr. Kawata answered that shooter games fans have the multiplayer shooter game Umbrella Corps to look forward to and there will also be "many interesting announcements" coming in 2016. It's hard to say what's going to be announced by the Japanese company as of now but it's definitely good to know that Capcom fans will have something to look forward to.

Umbrella Corps, known in Japan as Biohazard: Umbrella Corps, is a multiplayer survival shooter game currently in development by K2. The game is set after the events of Resident Evil 6, a time where several corporations are trying to gain possession of Umbrella Corporation's secrets. In the game, players will play as a mercenary working for one of these corporations and will be tasked to cooperate with others to take down all opponents.

As stated above, Capcom doesn't have a whole lot scheduled for a 2016 release. In a few weeks the Japanese company will release Resident Evil 0 HD Remaster, the HD remaster of the entry of the series originally released on Nintendo GameCube. The new version of the game will come with enhanced graphics as well as some new features not found in the original release, such as new costumes for playable characters and the new Wesker Mode, where players will be able to play as the series' most popular villain. In Wesker Mode, players will also be able to use an extra alternate outfit for Rebecca. Resident Evil 0 HD Remaster will be released on January 22nd on PlayStation 3, PlayStation 4, Xbox 360, Xbox One and PC.