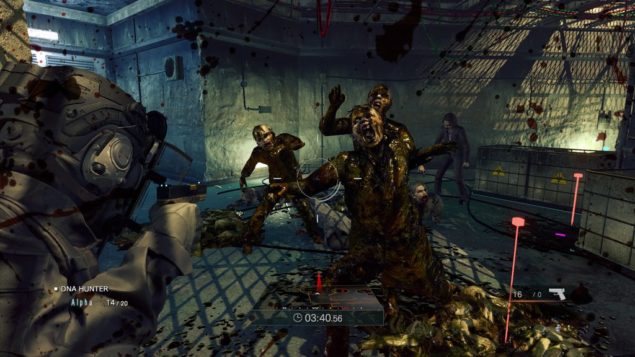 The new Umbrella Corps trailer features plenty of action and a very short description of what the game will be about. The trailer has confirmed that the game will be released sometime during May 2016 on PlayStation 4 and PC. Previously, the game was slated for a generic early 2016 release

A few new screenshots have also emerged online alongside the new Umbrella Corps trailer. You can check them out right below.

Umbrella Corps is going to be a multiplayer focused third person shooter game set in the Resident Evil universe where players will be playing as a mercenary working for one of the different corporations who are trying to claim the Umbrella Corporation secrets. The game will come with plenty of interesting game modes such as the One Life Match mode and others.

Umbrella Corps is a new fast-paced third person shooter set in the iconic Resident Evil universe. The competitive online game will feature quick, intense matches in compact battle zones themed from historic Resident Evil environments. The game utilizes the Unity engine developed by Unity Technologies. Umbrella Corps will be available digitally for an MSRP of $29.99 / €29.99 / £24.99 on PlayStation®4 computer entertainment system and PC across North America and Europe in May 2016.

Umbrella Corps will be released on PlayStation 4 and PC sometime during May 2016 in North America and Europe. We will let you know more about the game's release date as soon as it is revealed so stay tuned for all the latest news on Capcom's upcoming third person shooter.