Umbrella Corps, the multiplayer focused shooter game based on the Resident Evil series, has received a brand new trailer a few hours ago, showcasing some of the game's features. 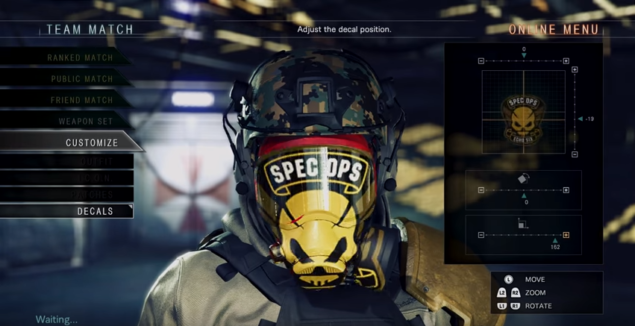 The new trailer, which can be watched below, focuses on the game's customization features. Thanks to the these features, players will be able to customize the appearance of their characters and take on other players and mutated monsters in style.

Unfortunately, today's new trailer also comes with some bad news, as it reveals that Umbrella Corps will be released on June 21st and not during May as originally revealed a while back. Even though the delay is rather short, it's still disappointing for fans of the Resident Evil series.

Last month, a new Umbrella Corps game mode has been detailed in full, the Multi-Mission mode. In this mode, players will have to play through rounds that cycle through 8 different rulesets at random, keeping players on their toes for the duration of the entire match. Among the rulesets will be Target Hunter, were players have to defeat a randomly selected player from the opposing team, Respawn match, a team deathmatch featuring respawns, Domination, where players have to secure the specified data transmission point longer than the opponents and others.

Among the maps that have been confirmed for Umbrella Corps is a map that fans of Resident Evil 5 will surely recognize, the Kijuju map. The map has been defined as the biggest map of the game, with open areas, underground areas and plenty of Majini to kill.

Umbrella Corps will launch on June 21st on PC and PlayStation 4 in all regions. We will keep you updated on Capcom's upcoming multiplayer shooter as soon as more comes in on it, so stay tuned for all the latest news.