It's been a while since the release of a new main entry of the Resident Evil series, but later this year fans of the franchise will be able to enjoy a new game set in the series' world, Umbrella Corps. Earlier today, Capcom has shared some new details on one of the maps that will be available in the game. 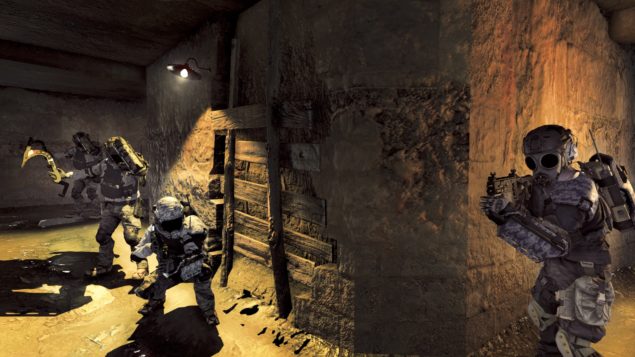 The new Umbrella Corps map is a map fans of the series should know well, as it's the Kijuju map inspired by Resident Evil 5. The map, which will feature the destroyed settlement also featured in the older Resident Evil game, will be the biggest map of the game, coming with open areas and underground passages. A Kijuju map wouldn't be complete with the Majini, infected inhabitants of the settlement, so players will also have to contend with them during the heated matches of the game.

A new batch of screenshots has also been released showcasing the Kijuju map. You can find the screenshots right below.

A couple weeks ago, another Umbrella Corps trailer has been shared online, showcasing the game's fast paced gameplay experience. The trailer also confirmed that the game will become available on PlayStation 4 and PC sometime during May.

Umbrella Corps is set, as stated above, in the Resident Evil universe.The game will feature a fast paced gameplay experience, with intense matches set in compact battle zones themed from locations taken from the whole Resident Evil series. Among the different play modes that will be included in the game is the One Life Match mode, a mode featuring a strict 3 minutes time limit and no respawn.

Umbrella Corps will be released on PlayStation 4 and PC sometime during May 2016 in North America and Europe. We'll let you know more about the game as soon as possible, so stay tuned for all the latest news on the upcoming shooter from Capcom.