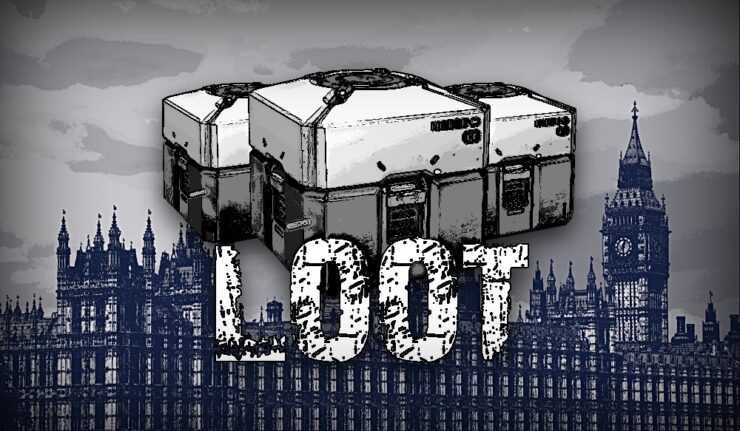 The UK Gambling Commission has finally addressed the widespread calls to investigate the recent examples of loot box/loot crate systems in triple-A games like Star Wars Battlefront II, Forza Motorsport 7, Middle-earth: Shadow of War and others.

As you might remember, a member of Parliament (Daniel Zeichner) had submitted two formal inquiries to the Secretary of State for Digital, Culture, Media and Sport (Karen Bradley) on this very topic last month. The Under-Secretary responded to both a couple of days later, concluding that the Gambling Commission was reviewing the issue while monitoring developments in the market.

Today, we finally got word from them as Executive Director Tim Miller wrote the following blog post.

In early 2016 we identified loot boxes as a potential risk to children and young people as part of a wider review on our concerns around video games and gambling themes, resulting in publication of a position paper.

Our starting point in deciding our position with any product is to look closely at whether or not it falls under UK gambling law. The definition of what is legally classed as gambling is set by Parliament rather than by us. Our role is to apply that definition to activities that we see and any changes to that definition need to be made by Parliament.

The law sets a line between what is and is not gambling. As the regulator we patrol that line and where an activity crosses it and presents a risk to people, especially children, we have and will take robust action. Earlier this year we successfully brought the first criminal prosecution in this area in relation to Futgalaxy - a website for providing skins gambling to children (skins gambling is explained within the position paper).

A key factor in deciding if that line has been crossed is whether in-game items acquired ‘via a game of chance’ can be considered money or money’s worth. In practical terms this means that where in-game items obtained via loot boxes are confined for use within the game and cannot be cashed out it is unlikely to be caught as a licensable gambling activity. In those cases our legal powers would not allow us to step in.

However, many parents are not interested in whether an activity meets a legal definition of ‘gambling’. Their main concern is whether there is a product out there that could present a risk to their children. We are concerned with the growth in examples where the line between video gaming and gambling is becoming increasingly blurred. Where it does meet the definition of gambling it is our job to ensure that children are protected and we have lots of rules in place, like age verification requirements, to do that.

Where a product does not meet that test to be classed as gambling but could potentially cause harm to children, parents will undoubtedly expect proper protections to be put in place by those that create, sell and regulate those products. We have a long track record in keeping children safe and we are keen to share our experiences and expertise with others that have a similar responsibility. Whether gambling or not, we all have a responsibility to keep children and young people safe.

It sounds like the UK commission agrees with the ESRB and most recently the ESA (Entertainment Software Association) that these systems do not fit the legal definition of gambling. However, they appear to agree that a growing number of games are straddling that line, though it is unclear what they'll be able to do unless the government modifies the current law.