We've had the horrible attempted classification of loot boxes as surprise mechanics, countered by calls by those in government in places as large as the US and UK for those in charge to act against the predatory nature of loot boxes. I've said it before and I'll say it again, the governing bodies of the games industry will never act against these or anything else that proves to be lucrative simply because they are funded by the companies themselves. A new campaign by Ukie (UK Interactive Entertainment Association) seems to push this further, advising parents and carers about parental control.

It's hardly a secret that I'm opposed to loot boxes and the predatory tactics of companies with them and other microtransactions in video games, particularly those that are designed to pray on younger or other more susceptible players. 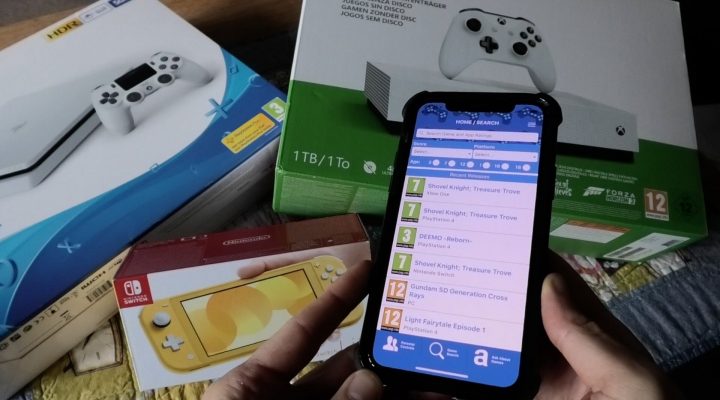 Introducing the Get Smart about P.L.A.Y, A campaign about parental controls seemingly designed to further remove all responsibility from companies and place it at the feet of parents. What exactly is Get Smart About P.L.A.Y? The campaign partners with former footballer Rio Ferdinand in an attempt to get across a simple message of responsibility for parents and carers as well as a way for them to control the environment in which their children play video games. The four-point message goes as such:

P - Play with your kids. Understand what they play and why.

A - Ask what your kids think. Discuss ground rules before setting restrictions.

Y - You’re in charge. Set restrictions that work for your family.

I completely agree with informing parents about the controls given to them when it comes to video games. However, I simply can't accept the offloading of all responsibility as this recent campaign does. Why do I say this? Well, the campaign directly follows and references two reports. The blurb goes as such:

I do agree, however, with another referenced study that states "A YouGov poll carried out for Ukie also found that more than half of parents and carers in the UK are concerned about how much time their children spend playing games". It's here that parental controls, as well as simple supervision, are the best option.

Dr Jo Twist, CEO of Ukie, had this to say:

These controls can effectively help manage screen time and age-appropriate play even when you’re not in the room. It doesn’t take long to set up the controls and it means families can enjoy games together safely. If a child was given a bike at Christmas, we would expect them to also be given stabilisers - family controls are really no different.

Emma Kenny, a TV-presenter and psychologist, working with the campaign, had this to say:

The Get Smart About P.L.A.Y campaign’s four-step process encourages families to have open and healthy discussions that will benefit everyone. Children want their carers to understand their interests, so as important as it is to set limits on the time and money they can spend playing games it’s also important to understand why they play and how much play means to them.

While I certainly agree that carers and parents would be far better off understanding video games and not simply believing the scaremongering that happens following any large newsworthy story, I do find the false similarity argument between video games and bicycles terrible and telling about how responsible companies want to be about their own actions.

Still, people need to be informed more about parental controls. For the launch video of the Get Smart About P.L.A.Y campaign, featuring Rio Ferdinand, see below: