Last year a very interesting tactical mech game powered by the Unreal Engine 4 called Dual Gear has been revealed. The game, which seems to combine features taken from the Valkyria Chronicles and Front Mission series, has now reached a playable state and the team behind it has launched a crowdfunding campaign so to help Dual Gear hit consoles and PC next year. 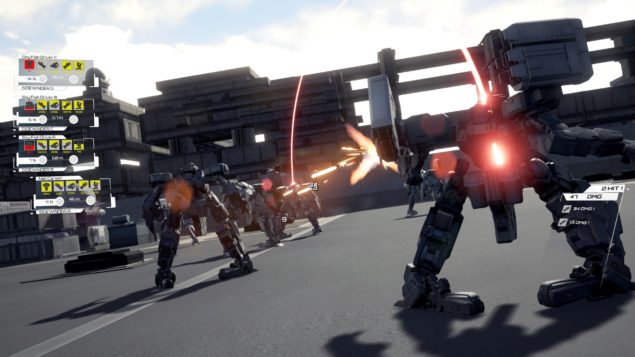 The Dual Gear crowdfunding campaign has been launched a few hours ago on Indiegogo, with $500 having been pledged in around 7 hours. The team is looking to get at least $60.000 in 60 days.

To get players to understand their game better, the team has also released a Dual Gear pre-alpha demo. This demo is taken from a build under early development, so many features are not finished and still under development. You can download the demo by going here and check out system requirements right below.

Dual Gear is an incredibly interesting tactical game where players will be able to pilot different mechs and take on a variety of missions. The game will come with a Story Campaign that will be around 30 hours long, 30 main missions and many sub-missions, 30 original mechs, 100 parts, 60 types of weapons and a very interesting combat system which has been inspired by the Valkyria Chronicles series. The customization features will also be quite interesting and will allow players to customize their mechs by combining five different parts, The Main Camera(Head), Cockpit, Arms, Legs and Back Pack, something that's been clearly influenced by the Front Mission series by Square Enix.