Last month, several CD Projekt RED developers left the studio in order to create Fool's Theory. A press release explains that they joined forces with IMGN.PRO (the creators of Kholat) to work on Seven, a brand new title with bold ambitions. 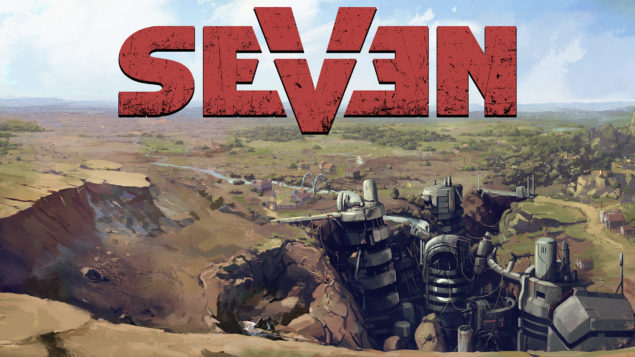 Here's how they described the game:

Seven is a Thief-inspired, 3D isometric RPG in which players will get a chance to freely explore the sandbox world of Vetrall Empire. Set in a 'beyond post-apocalyptic' environment the title will redefine the isometric RPG genre. The classic gameplay is totally reinvented by the protagonist’s ability of free-traversing obstacles on any height, both horizontally and vertically, thanks to his parkour skills. The story created by the minds behind The Witcher 3: Wild Hunt, will be far from black and white. Lots of branching choices and difficult moral decisions resulting in surprising plot twists, are to be expected from this upcoming PC RPG fueled by Unreal Engine 4.

Our greatest ambition is to bring a breath of fresh air into classic, isometric role playing games - a genre where the player was traditionally chained to the ground. Seven will bring a new type of exploration as well as open new possibilities for tactical planning and stealth gameplay. We are fully aware how big the challenge is, but it only gives us a greater motivation.

Finally, we can unveil our new project that has already been in progress since June. We are setting the bar for ourselves on a brand new level, aiming to achieve a cutting edge gaming experience. The IMGN.PRO development team, freshly supplemented with the former Witcher 3 devs, currently consists of 16 experienced gamedev professionals, working full time on Seven.

It all sounds very enticing, which is why we'll keep a very close eye on this title. For now, this is described as PC only, but it wouldn't be surprising to find out that it will land on console eventually.

Victor Vran Cauldron of Chaos DLC Out Now on Steam, Test Your Mettle