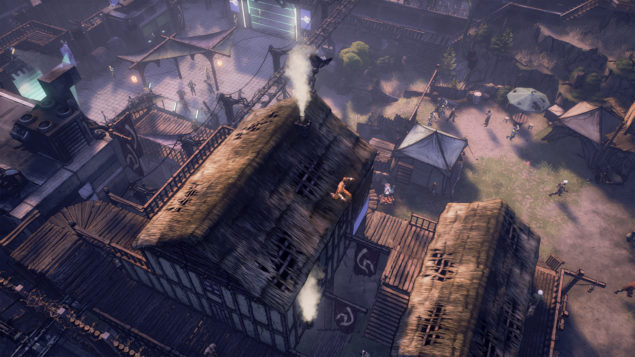 About eight months after its announcement, we finally get to see Seven, a 3D isometric RPG made by Fool's Theory (an indie studio formed by former CD Projekt RED developers) and powered by Unreal Engine 4.

Inspired by Thief, Seven: The Days Long Gone is a 3D isometric stealth RPG in which you take on the role of master thief, Teriel. You'll explore the vast non-linear, sandbox world of Peh Island, part of the Vetrall Empire.

In Seven, classic isometric gameplay is being redefined. Fool's Theory have created a parkour climbing system that gives you the ability to traverse freely, in both horizontal and vertical fashions of any size, height, or variety.

Teriel's journey takes place in a "beyond post-apocalyptic” environment where life has reset and civilization has begun again. Difficult moral choices will paint the road of your play experience, leading to unforeseen consequences along the way.

A feature on the official website seems to suggest that dynamic weather and the day/night cycle will influence the stealth mechanics.

Rain, storms and bad weather make it hard to see, and muffle a lot of sounds too. Anyone who happened to be, say, looking for you, might have a hard time finding you under such conditions. Of course, that may not be a problem, depending on who’s doing the looking.

Just remember to keep an eye on the sky when you make your plans. Getting away with anything in broad daylight is always going to be more tricky when everyone around you can hear and see as well as you can. Even with clear skies, some things are best left to the dark of night anyway… The long and the short of it is, you’ve got a world out there to explore, and a chance to either make it big or end up talking with the worms. Your place in the world is as much about what you do and who you do it with, as to whom you do it. Pehruns by certain rules, and once you figure them out, you’ll have all the tools you need to live the life you want to. Whether you live it long enough to enjoy any success, well, that’s another question.