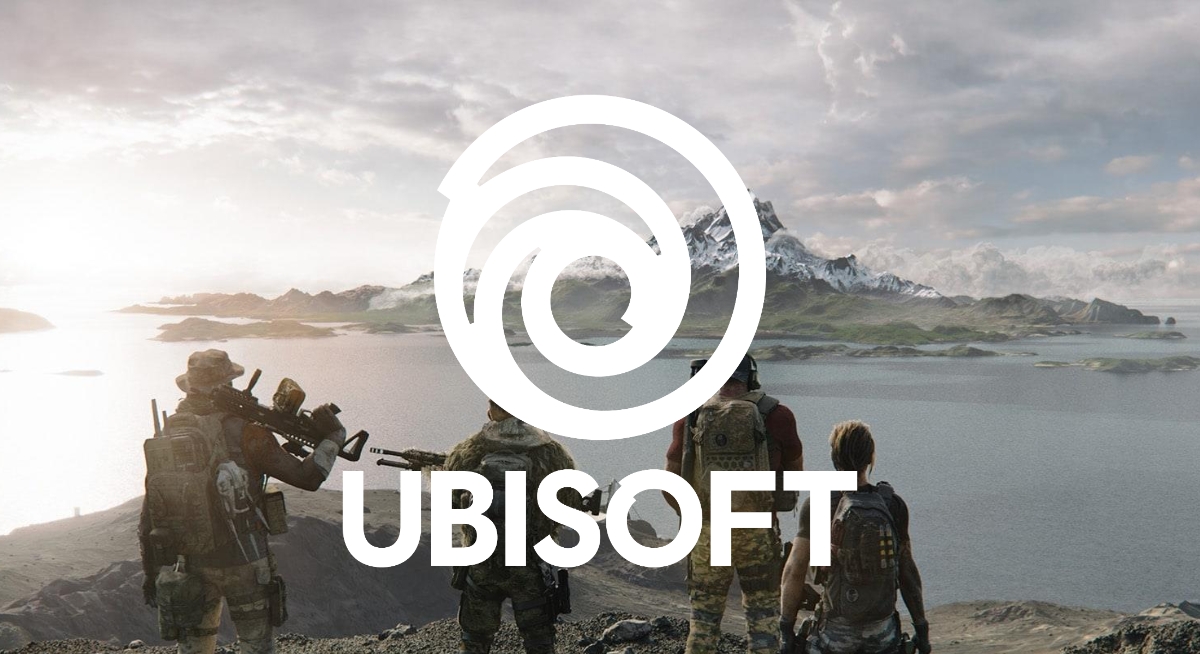 Following the company fighting off Vivendi's attempted takeover at the very end of the last financial year, the publisher was on a high. Vivendi may rightfully be kicking themselves now because what started on a high from the end of last year has grown into a fantastic year for Ubisoft (EPA:UBI). As reported in their financial reports, the publisher has seen record profits, record player engagement and a fantastic year for their back-catalogue of titles, with a lot driven by 'player recurring investment' (PRI).

Across the financial year, ending March 31st, 2019, Ubisoft saw net bookings of €2.028 billion with operating income of €446 million. This is in a year driven by both successful new major game launches in the form of Assassin's Creed: Odyssey, Far Cry: New Dawn and Tom Clancy's: The Division 2, as well as the success of a number of back catalogue titles. 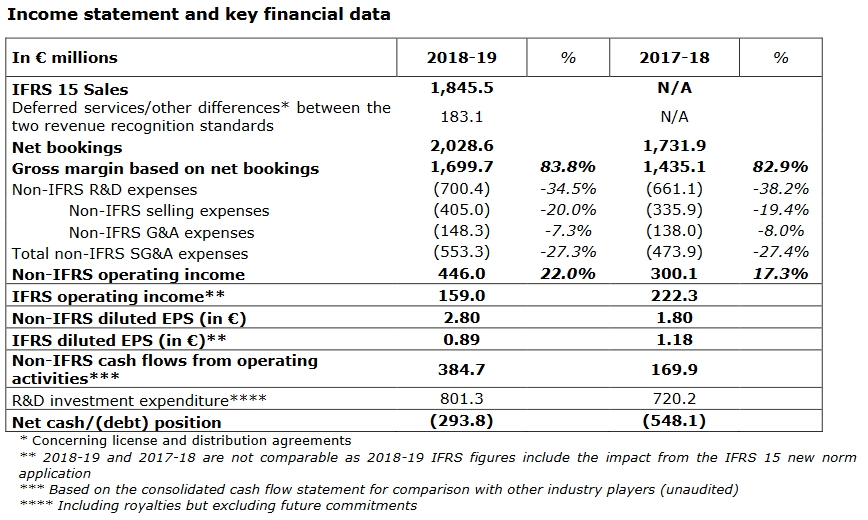 Ubisoft and Player Investment - The Growth of the Company

Not only are players investing a record amount of money with the games released by Ubisoft, but they are also recording a huge investment in time. Ubisoft has seen 100 million active unique players across their core titles, with mobile titles not included in this figure, throughout the financial year.

A lot of this can be placed down Assassin's Creed: Odyssey, a game that saw "record engagement and PRI for the franchise", but also two very successful back-catalogue titles. Namely For Honor and Rainbow Six: Siege. Rainbow Six: Siege, for example, has seen the title hit $1 billion in lifetime sales and an increase in the player base to over 45 million people. This success of older titles is best shown by the fact that 57% of net bookings in the financial year were from back catalogue titles. 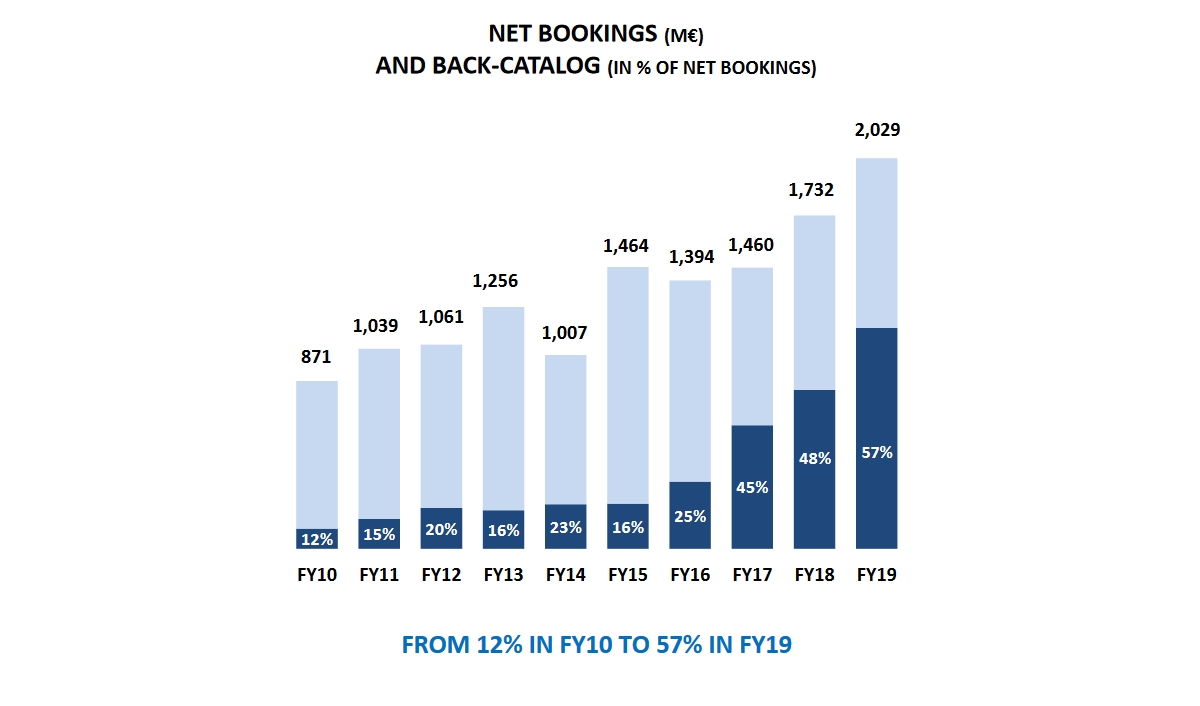 Coming hand-in-hand with the player spending, particularly on back catalogue titles, is PRI. This is, essentially, what Ubisoft count all spending on games after the initial sale. Any microtransactions, Downloadable Content, Season Passes, Subscriptions and advertising count towards this figure. PRI for the company has hit a mammoth €644m. This is 32% of the company’s net bookings, showing the huge success of the company’s strategy.

Yves Guillemot, the CEO, had this to say regarding the year:

The incredible work of our teams has enabled us to reach the non-IFRS operating income and free cash flow targets we set ourselves three years ago. We ended fiscal 2018-19 with another outperformance from back catalog and digital, including PRI, confirming the success of our transformation and the increasingly recurring profile of our business. Our momentum continued to be buoyed by the quality of our games and live services, as well as our ability to reach a wide audience on more and more platforms and geographic regions.

Another area of note is how much the division of sales has changed for the company. In particular is the division of platforms, where the PC has seen huge growth for the company. 27% of bookings came from the PC over the year, compared to 18% the previous year. The only other area that was grown is mobile, rising from 5% to 8%. This rise saw the PC surpass the Xbox One in percentage, with that console accounting for 20%. The PlayStation 4 still accounts for the largest percentage, bringing in 36% of bookings.

As for the breakdown in regions, North America still accounts for 44% of net bookings, making it the largest region. This has seen a fall of 3% from the previous year, where Europe fell from 36% to 35%. The other 4% was naturally picked up by the rest of the world.

Looking Forward to an Even Stronger Year and a Promising Future

Ubisoft is looking forward to a very promising future, long term, indicating a belief that within the next ten years there will be 5 billion gamers. Should this be true, the market will be massive for Ubisoft and all others within the industry. Another way the company are looking to move into the future long-term is by further expanding into growing territories as well as moving into growing areas like streaming and cloud gaming, as well as preparing for the upcoming consoles. 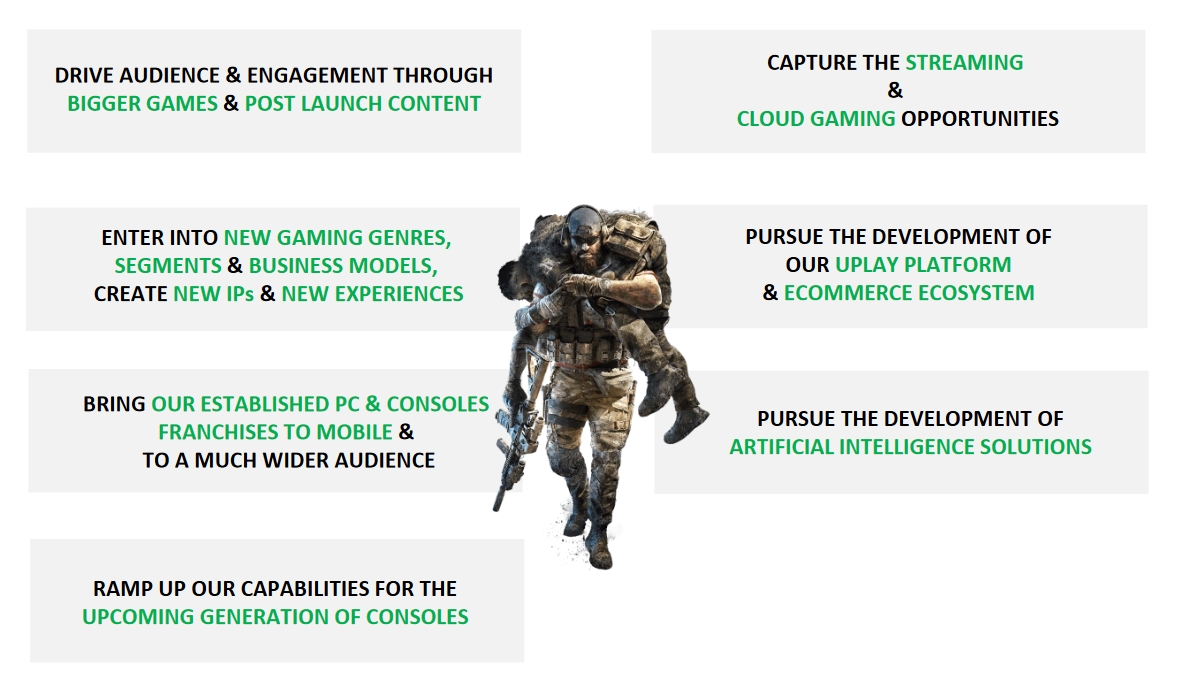 For upcoming games, one thing that was announced is the delay of Skull & Bones. Despite this being delayed, the company has Ghost Recon Breakpoint being released this year. In addition to this, Yves Guillemot revealed that three currently unannounced titles will be released, all within the fourth fiscal quarter - January 1st, 2020 to March 31st, 2020.

All things considered, with the new releases as well as the push towards live services on their titles, Ubisoft are expecting net bookings of €2.185bn with operating income of €480m. The first quarter of the current year is expected to be significantly down from last years, however, as a result of a lack of major releases. Still, with a number of major titles and a massive fourth quarter expected, plus the consistency of titles like Rainbow Six: Siege and For Honor, the company is well set to achieve their expectations.