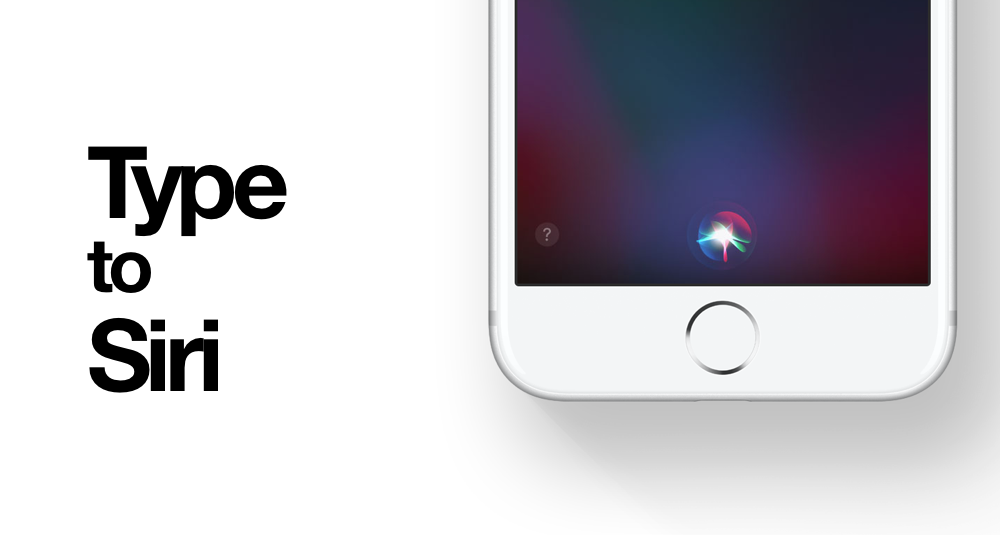 Here's how you can enable Type to Siri on iPhone and iPad in iOS 11, allowing you to interact with Siri using the keyboard instead of voice.

While Siri is useful in a lot of cases, it makes the user stand out from the crowd when interacted with in a public place. Sure, you can go ahead and cup your hand around your iPhone or iPad's mic and make a quick query, but it doesn't quite help since Siri will have a hard time understand your whisper through all that ambient noise. So, what's the solution to this problem? You type your query to Siri instead. In iOS 11, you can do that, and enabling this feature is a walk in the park. Once enabled, up and running, you can launch Siri and the on-screen keyboard will pop right up. Now you can type away and Siri will throw a reply at you as it would using voice.

Enable Type to Siri in iOS 11

1. Launch the Settings app from the home screen on your iPhone or iPad.

3. Now find the Accessibility entry and open it.

4. Look for Siri and open that too.

5. See that Type to Siri toggle switch? Just turn it ON.

In order to check if the changes are in effect, launch Siri by either pressing and holding the Home button or saying 'Hey Siri.' Instead of the usual Siri interface, you should now see the keyboard immediately come up. Type away and Siri will throw replies at you like it should.

It's been rumored for quite a long time that Siri would be coming to Messages app so that users can interact with it. Apple didn't even announce such a feature for iOS 11, and instead we got a feature that has been outlined above. There's a high chance that Siri is not ready for prime time use in Messages app just yet. While at the same time there's a possibility that could end up being an iPhone 8-exclusive feature. Then again, what's so special about integrating Siri in the Messages app that warrants buying a new iPhone?

You may like to check out the following links: