A new Twitter for iPad update is out, and you can finally turn off that awful multi-column view which was forced on to you a few weeks back.

You Can Turn off Twitter for iPad's Multi-Column View from Settings, No More Cluttered Garbage on the Display

Abundance of information at times can be a bad thing. Sure, people want to see as much as possible as soon as they launch an app, but the latest Twitter for iPad update aims to make things right by allowing users to disable the multi-column view. I get it, you get to see trends and the search bar in one place, but at times you just want to have a quick glance at the tweets you missed, nothing else.

So, if you update to the latest Twitter for iPad release, you will find a brand new switch inside settings after you've launched the app called Show column search. Just flick the switch to the off position and you are good to go. Have a look at the screenshot below to see exactly what you are dealing with. Launch the app, go to Settings, then go to Display and Sound to find the switch. 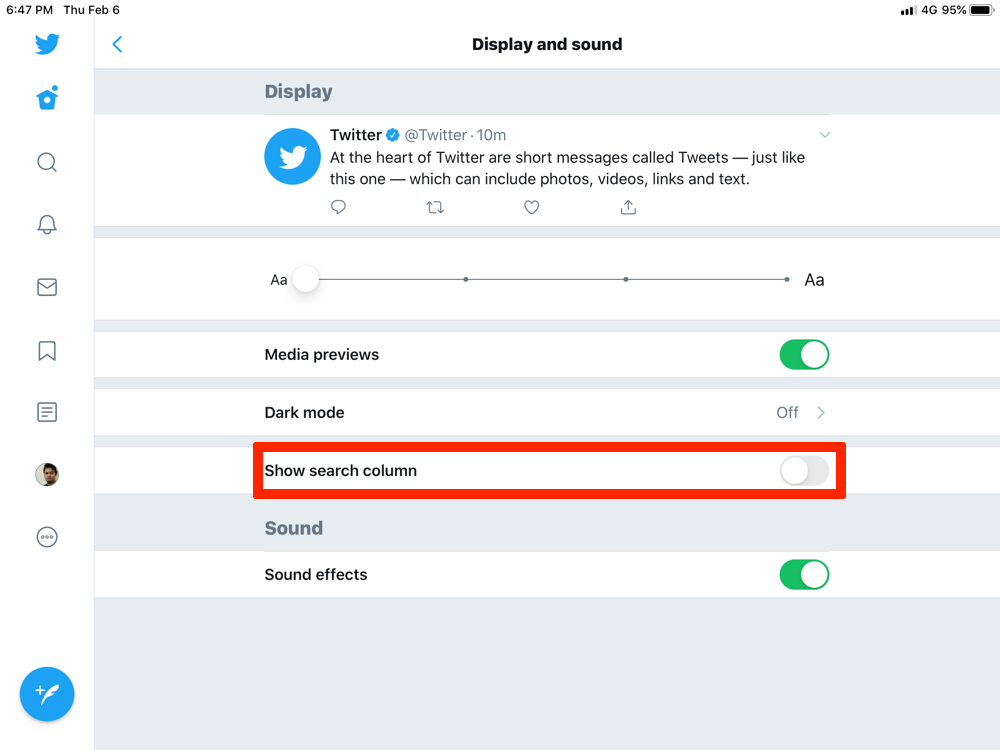 I was a huge fan of this feature when it first dropped a few weeks back, but with time it started to get to my head for no real reason. The UI started to look more cluttered and I was craving for something extremely minimal. Sorta like the first release of the Twitter for iOS app. Are you that old?

Apart from the ability to disable the multi-column view, the new update fixes an issue with polls, which might not appear at all for iPhone users. That is something which I have been personally waiting for as well, so there's that.

Twitter for iOS is a free app and is available for both iPhone and iPad as a free and universal download. You can grab the latest update from the link below and then tap on Update.