Toyota Has Unveiled A New And Weirder Looking Prius

We all know how the Toyota Prius has been a weird looking car, maybe with the exception of the first generation. Now Toyota has unveiled a new design in Las Vegas and it’s even weirder than the previous ones, I have seen my fair share of weird looking cars and this one literally tops the list. This shows that Toyota doesn’t really care much about the design as long as the car works fine, or maybe they’re just trying too hard. 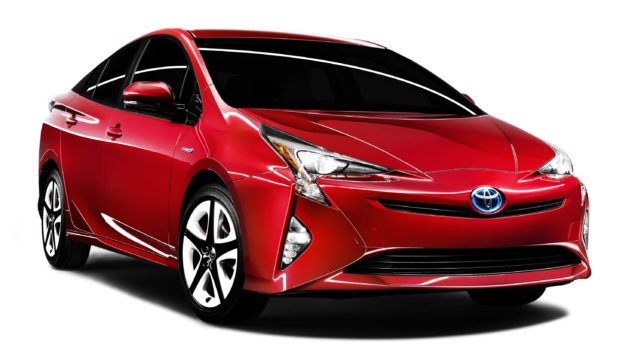 You will need to get used to the new weird shape

This new fourth generation Prius is the latest addition to the Prius family and Toyota has been reportedly working on a very unique approach this time with the new version, they said in a press release “It’s not about MPG anymore”. The press release states that this new version of Toyota’s Hybrid utility vehicle is going to provide an extra 10% saving of fuel, making it the most fuel efficient and economically feasible car in non-plug-in models until today.

Toyota has been providing Hybrid tech to the world since a decade and a half with some amazing upgrades from time to time. According to Toyota they are focusing on the shape of the vehicles they are delivering to their customers, and they mentioned that the Prius has an “athletic shape”. It will also contain better driving dynamics and Toyota Safety Sense. The car can help the driver avoid pedestrians automatically without disturbing the driver using the Safety Sense and the car also includes a full speed dynamic cruise control.

Toyota is also using Prius as a direct source to globally initiate the use of their newly shared Toyota’s New Global Architecture (TNGA). This version of Prius looks oddly similar to the previous one with a little more effort to make it look extra weird this time, and they’re calling it a more ‘sporty’ look. Nonetheless the popularity of the Prius is not even a question, it has been a hit since its launch and this version will also be a hit. It has always attracted high profile people who love to show off this ‘kind of luxury’ car. Also because of the whole Hybrid nature the car has been a top notch priority for some ‘Green’ people.

Another great thing about the Prius is that it costs less than the Tesla models, though they’re targeting two totally different classes, with Tesla aiming for more luxury and targeting the rich while Prius is targeting mostly middle to upper middle class people. With all that said it will still take some time to get used to the new shape and hopefully everyone will get used to it eventually. According to reports the new version will go on sale early next year, we’ll keep you updated.

This was the unveiled Toyota Prius 2016 model,