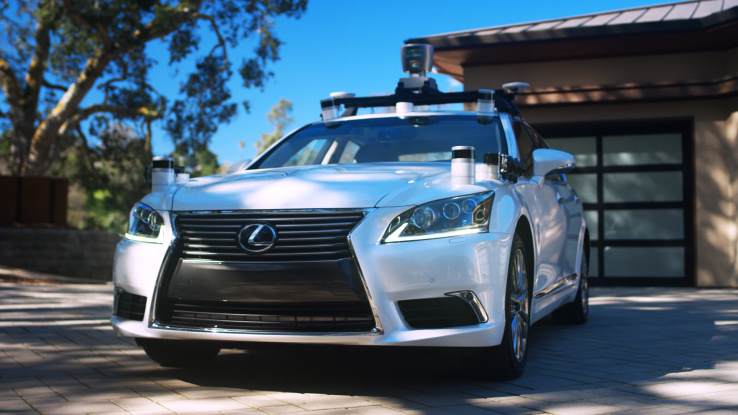 Toyota Research Institute (TRI) is known for its ambitious and forward looking projects and ideas. On Friday the R&D organization introduced its latest 2.0 generation autonomous safety technology research. The car was introduced at the company’s Prius Challenge event in Sonoma, California. This event is a Silicon Valley forum where entrepreneurs, roboticists, automotive enthusiasts etc. come together to share concepts and ideas and also to have a bit of fun at the Sonoma Raceway.

This new vehicle by Toyota is the first self-driving platform built entirely by the company and TRI aims to use this to test and explore various other safety features and autonomous technology platforms. The new vehicle has a lot of different features like a drive-by-wire interface, LiDAR, sensors with camera and radar to make the vehicle independent from high-definition maps. Another exciting feature is that the vehicle is fairly modular and hence when upgrades for the individual parts are made available, it can improve a lot.

Toyota Has Unveiled A New And Weirder Looking Prius

The company’s first test car was introduced at CES in 2013 so the team has had quite a bit of time to improve the features. The car is based on the new Lexus LS 600hL so you can get a fair idea about the changes that may have taken place since 2013. The company wishes to use this model to help improve and develop its Chauffer and Guardian systems. These systems are Level 5 (Chauffer) and Level 4(Guardian) in nature and are extremely advanced driver assistance features.

So what do these systems do? Toyota’s Guardian ‘tells’ the driver when they should intervene and this is done through monitoring of the driver assistance. At the same time the system controls the car for a significant percentage of the time. TRI lead Gill Prat thinks that this system has more potential in the near future as compared to the Chauffeur system. He said that the former can get way smarter over time and has a lot of life-saving potential for drivers.

"Basically, it is a smart vehicle designed to get smarter over time," said Pratt. "It will learn individual driver habits and abilities and will benefit from shared intelligence from other cars as data gathering, sharing and connectivity technologies advance. We believe Guardian can probably be deployed sooner and more widely than Chauffeur, providing high-level driver-assist features capable of helping mitigate collisions and save lives, sooner rather than later."