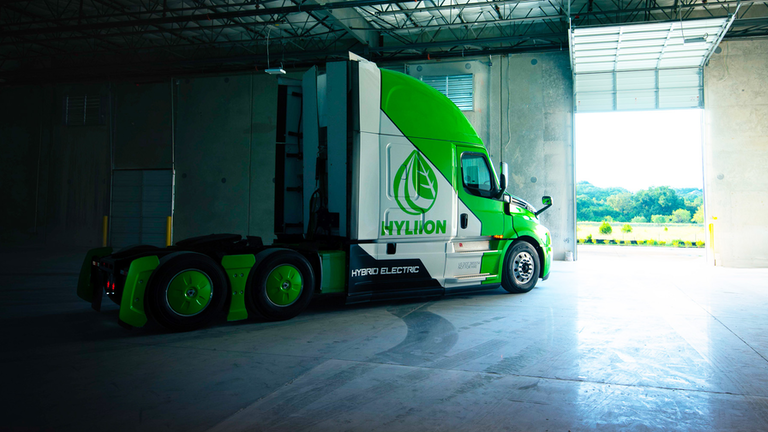 Tortoise Acquisition Corp. (NYSE:SHLL) has become an extraordinary example of the retail mania gripping one SPAC after another. After rising a whopping 21 percent yesterday, Tortoise Acquisition shares are up around another 10 percent today, currently trading around the $54.37 price level. Year to date, the SPAC’s shares are up a whopping 446 percent!

Tortoise Acquisition, a Special Purpose Acquisition Company (SPAC), and Hyliion – the company that designs and develops hybrid suspension systems and electrified powertrain solutions for Heavy Duty Class 8 trucks – are expected to close their merger deal, announced back in June, in the third quarter of 2020. This essentially means that the merger process will likely be completed during September, ergo, the current manic effervescence in the shares of Tortoise Acquisition.

The joint press statement by Tortoise Acquisition and Hyliion had revealed the following details regarding their merger agreement:

Bear in mind that PIPE investors gain shares in the target company at a discount in return for injecting vital liquidity. The combined company – resulting from the merger between Tortoise Acquisition and Hyliion – is expected to be valued in excess of $1.5 billion, with the proceeds of $560 million being utilized “to accelerate product commercialization, product production, operational growth and for general corporate purposes”.

Shares of Tortoise Acquisition currently resemble a pure unidirectional play. Consider the fact that the short interest in the stock – the proportion of total outstanding shares that are sold short – currently stands at a minuscule 4.2 percent! 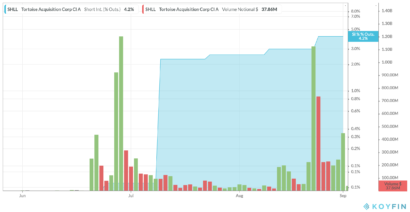 As is evident from the above graph, sourced from Koyfin, Tortoise Acquisition has witnessed two distinct and phenomenal bullish waves. The first one emerged back in June when the merger agreement with Hyliion was announced. The second wave is currently ongoing and likely represents the agreement closure anticipation.

Of course, one of the most important reasons behind the bullishness in Tortoise Acquisition shares is the fact that Hyliion, in direct contrast with the majority of SPAC targets currently in the market, is already generating significant revenue. As an illustration, Hyliion is expected to generate a revenue of $322 million in 2022 and a whopping $2.1 billion in revenue by 2024.

Hyliion is a direct competitor to the pre-revenue company Nikola Corporation (NASDAQ:NKLA). While Nikola is not expected to generate even a dime in revenue for quite some time, Hyliion is only expected to cement its top-line performance. Moreover, with the infusion of vital liquidity as a result of its merger with Tortoise Acquisition, Hyliion can continue to expand its operations while also investing in R&D. All of these facts place the company a pedestal above Nikola Corporation.