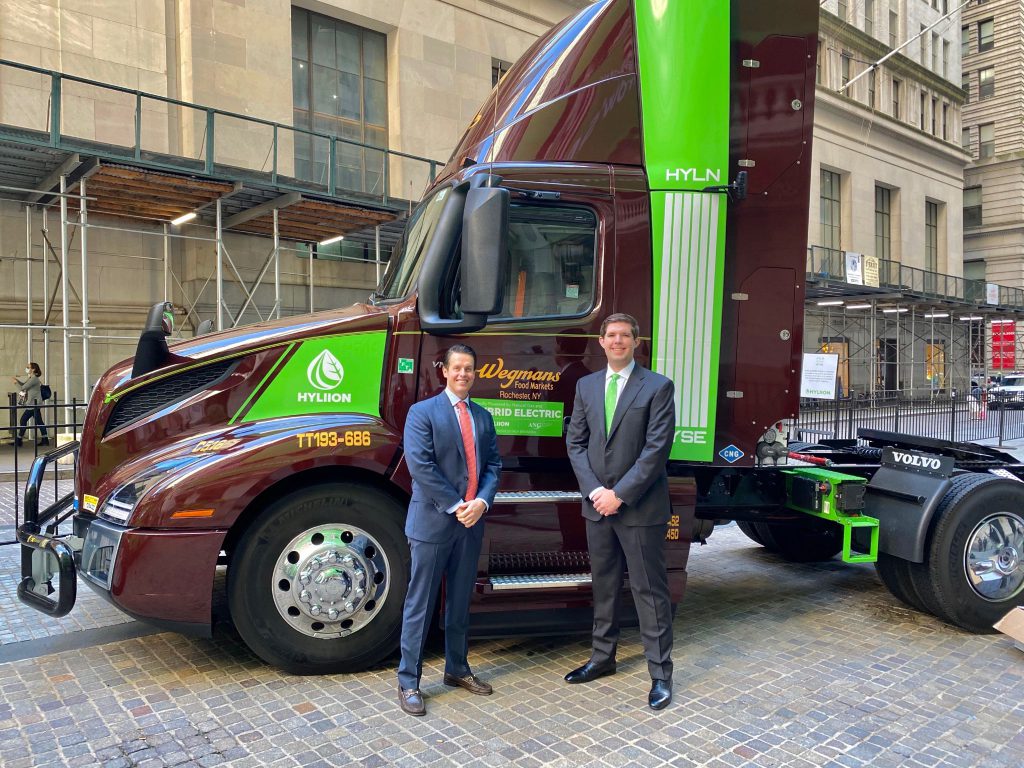 As per the press statement released today, Hyliion has secured a sales agreement with American Natural Gas (ANG) that entails a pre-order of 250 Hypertruck ERX vehicles:

“Hyliion and ANG also entered into a sales agreement that includes a pre-order of up to 250 Hypertruck ERX vehicles, allowing for early availability of Hyliion’s fully electric powertrain to ANG and its fleet customers. Using RNG, the Hypertruck ERX is an electric solution for Class 8 vehicles that offers a net-negative carbon emissions profile and the lowest total cost of ownership over the life of the vehicle compared to current competitive offerings.”

Moreover, in a crucial development, American Natural Gas will provide Hyliion customers the facility to procure Renewable Natural Gas (RNG) at a discount across its fueling stations throughout the United States.

Finally, ANG has agreed to construct new RNG stations near key Hyliion customer locations without any surcharge. Bear in mind that RNG is produced from biowaste, distributed through existing natural gas pipelines and purchased through established gas utility channels. Hyliion’s Hypertruck ERX utilizes onboard RNG-fueled generators to charge batteries which, in turn, power the E-Motor. This E-Motor then drives rear axles and also provides regenerative braking.

Thomas Healy, the CEO and founder of Hyliion, noted in the press release:

“A robust and highly scalable infrastructure is critical to the adoption of our electrified solutions.”

He went on to observe:

“That’s why we’re working with ANG to reduce costs and enable us to offer our customers refueling stations where they are needed. Hyliion customers can continue their journeys to electrification with confidence that RNG will be available at a price that can reduce their ownership costs over the lifetime of their vehicles.”

Regardless of the momentous nature of this development, Hyllion shares are seemingly trapped in a persistent downtrend that began on the 30th of September, in the runup to the company’s merger with Tortoise Acquisition. As an illustration, based on the current price level of $28.51, Hyliion shares have registered a loss of around 49 percent relative to the all-time high stock price of $55.85 on the 2nd of September.

Of course, today’s development follows another bout of good news earlier this week when Axioma Ventures revealed a material stake in Hyliion. As per the Form SC 13D filed with the U.S. Securities and Exchange Commission, Axioma has disclosed ownership of 16.65 million (16,656,790) Hyliion shares. This corresponds to a stake of 10.82 percent in the company, based on 153,901,829 common shares outstanding as of the 1st of October.