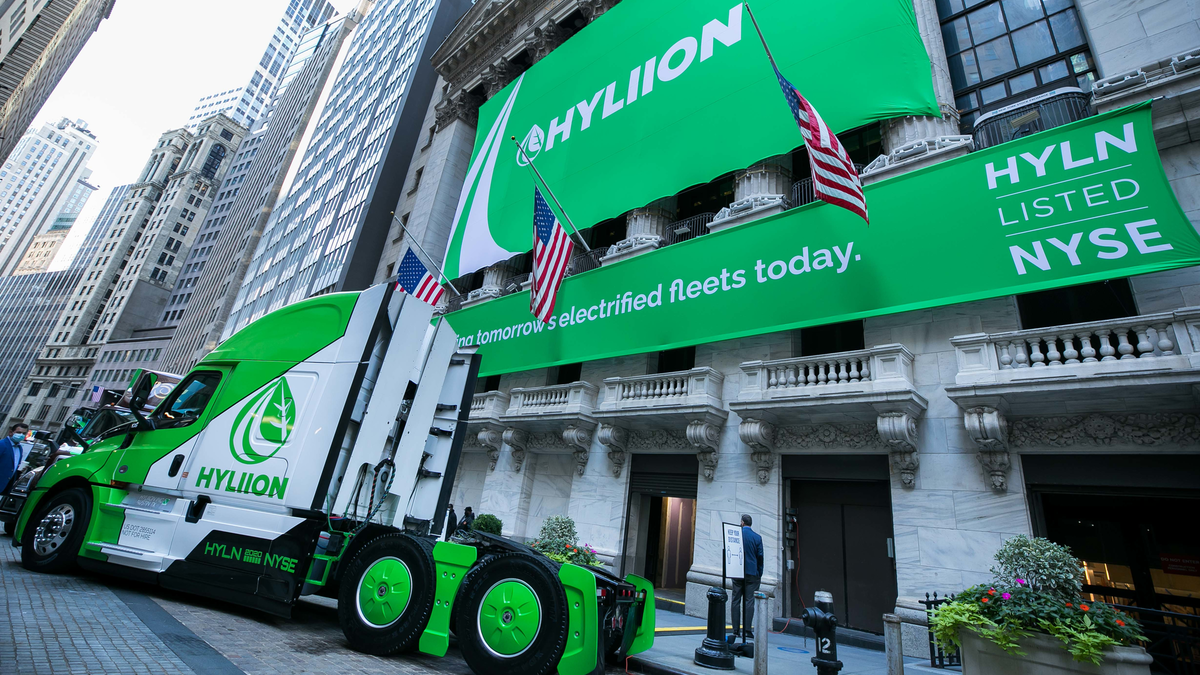 Hyliion (NYSE:HYLN), the company championing electrified powertrains and hybrid suspension systems for Class 8 trucks, has been going through a rough patch ever since its shares debuted on the stock exchange following a merger with the SPAC, Tortoise Acquisition Corp. Today, however, Hyliion bulls have received a welcome respite as Axioma Ventures revealed a material stake in the company.

Unsurprisingly, the stock has responded positively to the disclosure. As an illustration, Hyliion shares are currently up over 3 percent in the after-hours trading, recouping some of the losses generated during the regular trading session. Nonetheless, relative to the closing price of $53.51 on the 29th of September, the stock is still down over 48 percent.

This underperformance is quite out of character for a stock that has been known for its wild upward momentum. As an illustration, shares of Tortoise Acquisition – which served as a proxy for Hyliion in the pre-merger phase, racked up gains of over 200 percent between the 19th of June, when the proposed business combination was first announced, and the 1st of October. Moreover, at its peak of $55.85 on the 2nd of September, the stock was up nearly 300 percent relative to the price level on the 19th of June.

While it is as yet unclear if today’s disclosure by Axioma can precipitate a sustained rally in Hyliion shares, the current downward momentum is likely in the overextended phase. Consequently, some near-term respite for the bulls is overdue.

Over the long-term, of course, Hyliion possesses an attractive product offering. Our grids are not capable of supporting a complete transition to EVs anytime soon. The rolling blackouts in California this summer are a case in point. Therefore, for the foreseeable future, Hyliion will continue to play an important role in minimizing the impact of commercial trucks on the environment by facilitating hybridization. Moreover, as per Hyliion’s claims, the Class 8 electric trucks propelled by electrified powertrains are carbon net negative on a cumulative basis. Taken together, the company offers a compelling alternative and, accordingly, its stock will eventually start to reflect this sizable growth potential.