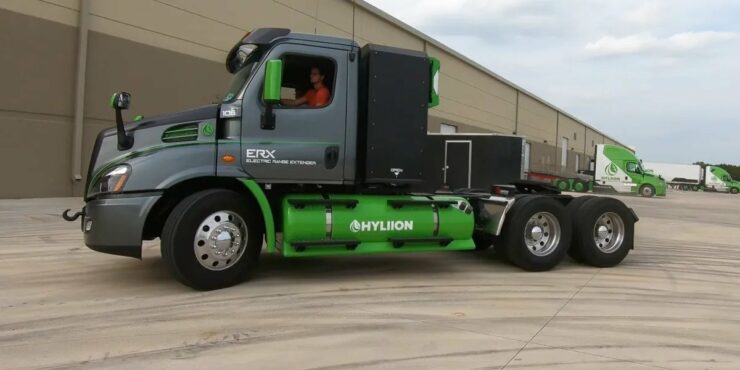 Hyliion (NYSE: HYLN), the company that manufactures electrified powertrains and hybrid suspension systems for Class 8 trucks, is on the radar of investors today as it gears up to announce its earnings for the third quarter of 2020.

For the nine months that ended on the 30th of September 2020, Hyliion did not report any revenue as the company is still in its pre-revenue phase.

Hyliion reported $11.839 million in operating expenses and $18.667 million in net loss during the 9-month period.

Finally, Hyliion earned -$0.76 in EPS during the 9-month period.

Hyliion’s operational highlights during the quarter include:

“In the third quarter of 2020, we made progress toward commercialization of our Hybrid and Hypertruck ERX solutions for the Class 8 truck market, while also establishing key partnerships. We are experiencing strong interest for our solutions and are utilizing our resources to develop a scaled infrastructure that will be able to support demand from this $800 billion market. Overall, I am pleased with the progress we have made as we remain on track to meet our product milestones in 2021.”

Investors have reacted negatively to Hyliion’s earnings release, with the stock posting a loss of around 2 percent in the early pre-market trading.

As a refresher, Hyliion's Hypertruck ERX utilizes onboard RNG-fueled generators to charge batteries, which then power the E-Motor. This E-Motor then drives rear axles and also provides regenerative braking. The entire system offers a fully electrified drivetrain for Class 8 trucks. The company also offers hybrid diesel and CNG powertrains.

Readers should note that Hyliion won its first major order – after going public – on the 15th of October when it announced a sales agreement with American Natural Gas (ANG) for 250 Hypertruck ERX vehicles. As a part of the arrangement, ANG would also provide Hyliion customers the facility to procure Renewable Natural Gas (RNG) at a discount across its fueling stations throughout the United States. Finally, ANG would construct new RNG stations near key Hyliion customer locations without any surcharge. Bear in mind that RNG is produced from biowaste and then distributed through existing natural gas pipelines before being purchased through established gas utility channels.