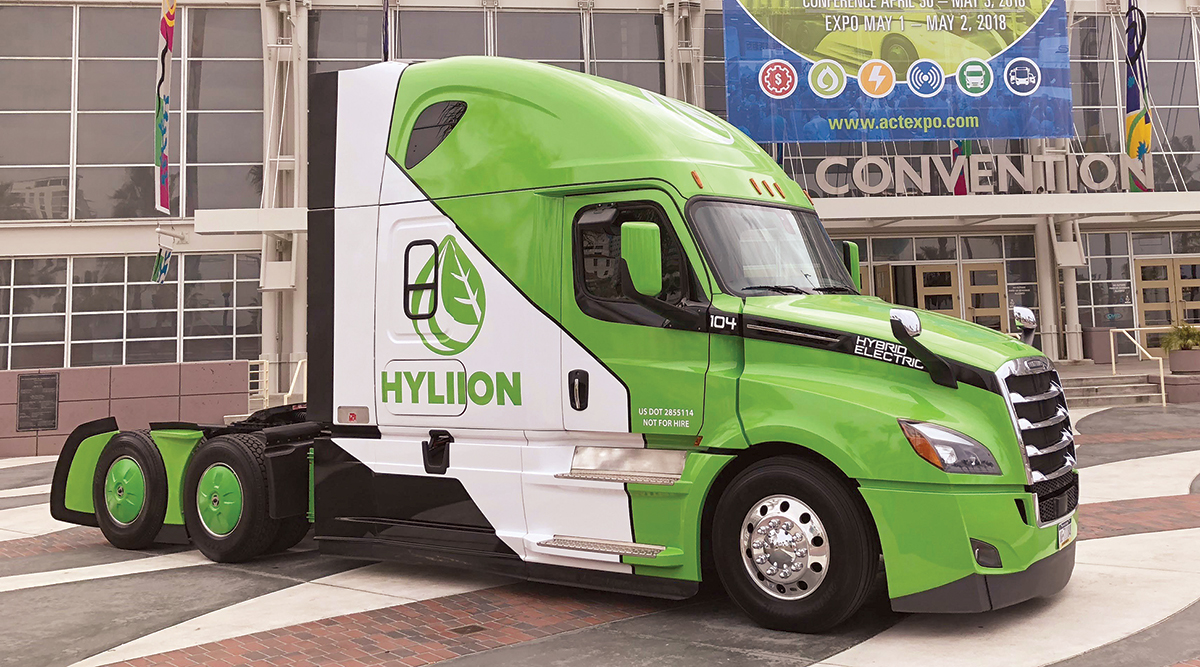 Hyliion (NYSE:HYLN), the company that develops electrified powertrains and hybrid suspension systems for Class 8 trucks, has concluded its first week on the stock exchange in the red. Even though the stock was up a healthy 5 percent yesterday and is up another 4 percent in today’s pre-market trading, Hyliion shares are still down nearly 20 percent relative to the opening price of $39.99 on the 2nd of October – the day the stock debuted on the NYSE following the merger between Tortoise Acquisition, a Special Purpose Acquisition Company (SPAC), and Hyliion.

Of course, this burst of underperformance is quite out of character for a stock that is known for its outsized gains. As an illustration, shares of Tortoise Acquisition – which served as a proxy for Hyliion in the pre-merger phase, racked up gains of over 200 percent between the 19th of June, when the proposed business combination was first announced, and the 1st of October. Moreover, at its peak of $55.85 on the 2nd of September, the stock was up nearly 300 percent relative to the price level on the 19th of June.

This brings us to the crux of the matter. The gains racked by Hyliion in its pre-merger phase constitute an exception and not the norm. An extended period of outsized gains often lulls investors into believing that this regime would continue to persist. On the contrary, a stock propelled by speculation alone, akin to a hot air balloon, is unable to sustain its upward trajectory for a protracted time period. Consequently, the recent selloff, typical of a “buy the rumor and sell the news” type of move, is healthy for Hyliion in the long-run as it will aid in restoring some semblance of normalcy to the stock’s stretched valuation parameters.

Readers should note that a rally is only sustainable when driven by tangible developments rather than euphoria and speculation. Fortunately for Hyliion investors, the company does possess a promising outlook. Consider the following fact: Class 8 electric trucks propelled by Hyliion’s electrified powertrains do not have to be charged through the power grid. Instead, these trucks have an RNG electric generator on board. Moreover, the company claims that such trucks are carbon net negative on a cumulative basis (page 158 of the following document):

The advantages of this strategy are obvious. Our grids are not capable of supporting a complete transition to EVs anytime soon. The rolling blackouts in California this summer are a case in point. Therefore, for the foreseeable future, Hyliion will continue to play an important role in minimizing the impact of commercial trucks on the environment. Once the company kicks into high gear when it comes to this hybridization, the stock price would start to rise in a sustainable manner.

The writer does not have any exposure to Hyliion