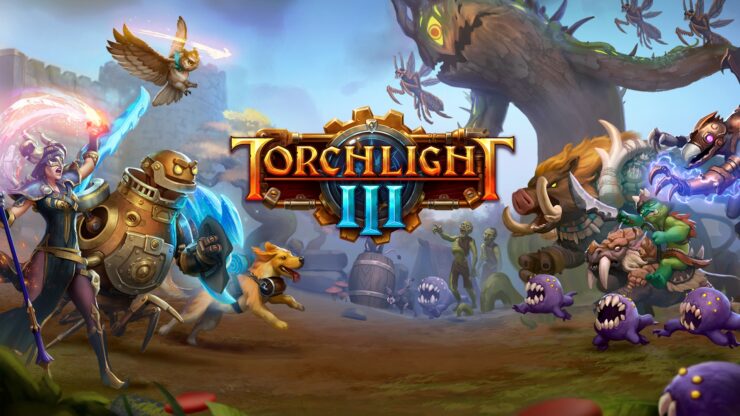 Torchlight III is officially happening, though it is not exactly a new game announcement. Instead, Perfect World Entertainment revealed today that Torchlight Frontiers is being rebranded and that includes dropping the free-to-play model.

That's just the beginning of the changes. Torchlight Frontiers was meant to be an MMO-like 'shared world experience', but Torchlight III will stick much closer to the previous franchise installments. In fact, players may even play offline entirely if they so choose. Max Schaefer, CEO of Echtra Games and co-founder of the Torchlight franchise, explained:

When we started developing Torchlight Frontiers, we were focused on creating a shared-world experience. During development, you often discover what type of product a game was meant to be and we found Torchlight Frontiers was meant to be a true successor to Torchlight I & II. Based on this and extensive feedback from our Alpha testers, we decided it was time to take the game back to its roots and model it after the classic Torchlight games that ARPG fans have come to love. We’d like to thank our dedicated player base for supporting us and providing such insightful feedback during early development.

To be honest, it's hard not to imagine there was a fair amount of overlap between Torchlight Frontiers and Magic: Legends, also a free-to-play MMOARPG with Perfect World as the publisher. The switch to Torchlight III is probably an effort to diversify the game from Magic: Legends.

Anyway, Torchlight III is now scheduled to launch this Summer on PC via Steam, while Closed Alpha testing begins on Wednesday, January 29th. Below you can find the game's key features as they were outlined in the press release.