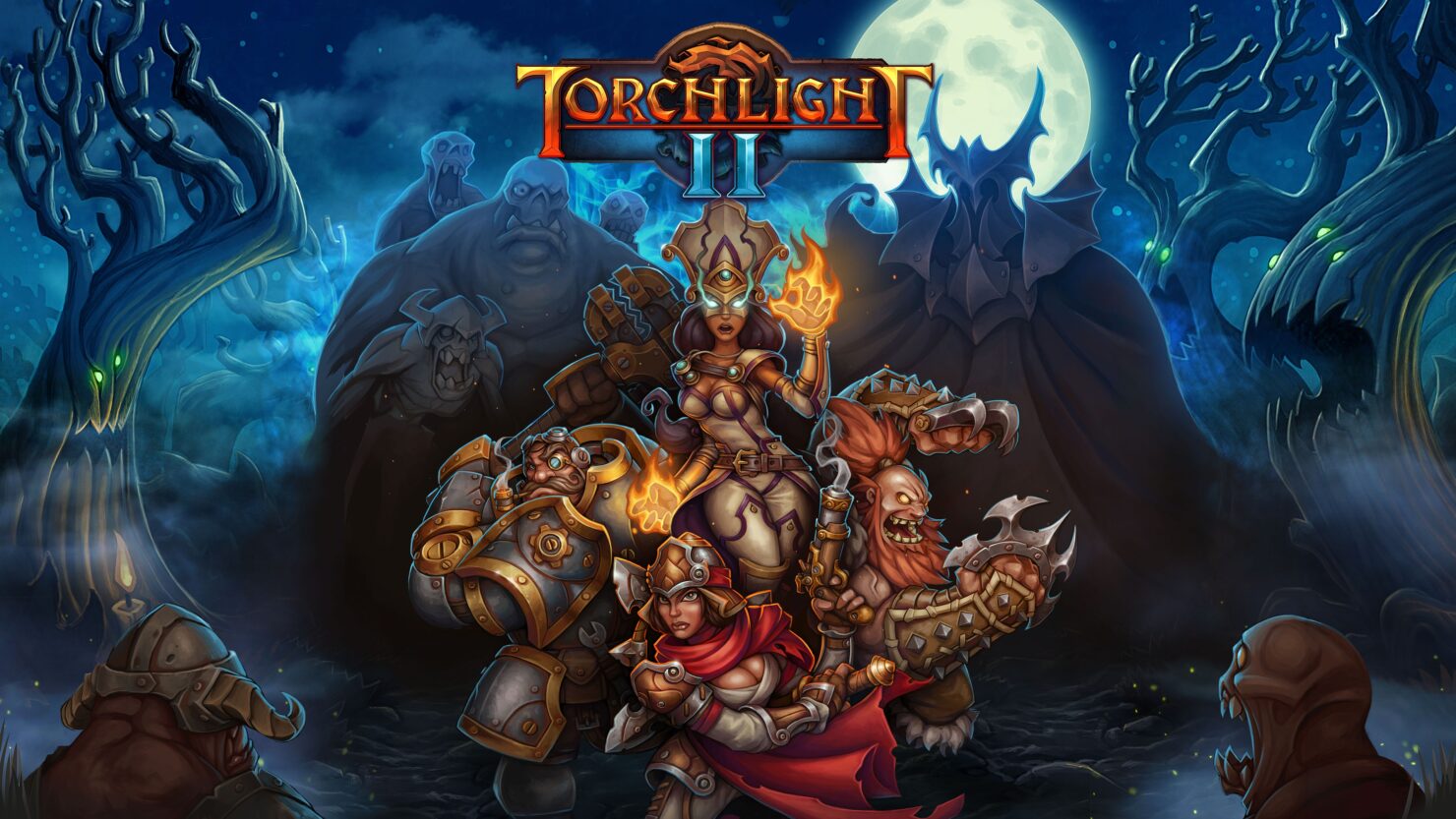 Torchlight was a bit like the poor man's Diablo. It was a fun, cute and varied little dungeon crawler that I spent a lot of time with when it came out ten years ago, but it didn’t quite get the acclaim of others at the time. Its slightly younger sequel was more successful but it passed me by; now, its upcoming release on Switch has me tempted.

At a recent event, I got the chance to play Torchlight 2 on the Nintendo Switch and it was a wonderful experience with a simple dungeon crawler built to while away the hours. Coated in warm, comforting orange hues, I had about an hour with the game as I killed my way through valleys of monsters and looted their corpses for slightly better coats to wear.

With its top-down action RPG mechanics, it’s the kind of game that literally anyone could pick up and understand after a mere minute or two. While obviously there is a whole lot of depth for players that want to min-max their little hero, the games cutesy approach to the dungeon crawler means it can be just as fun to pick the most fun weapon as well as the best mechanically. 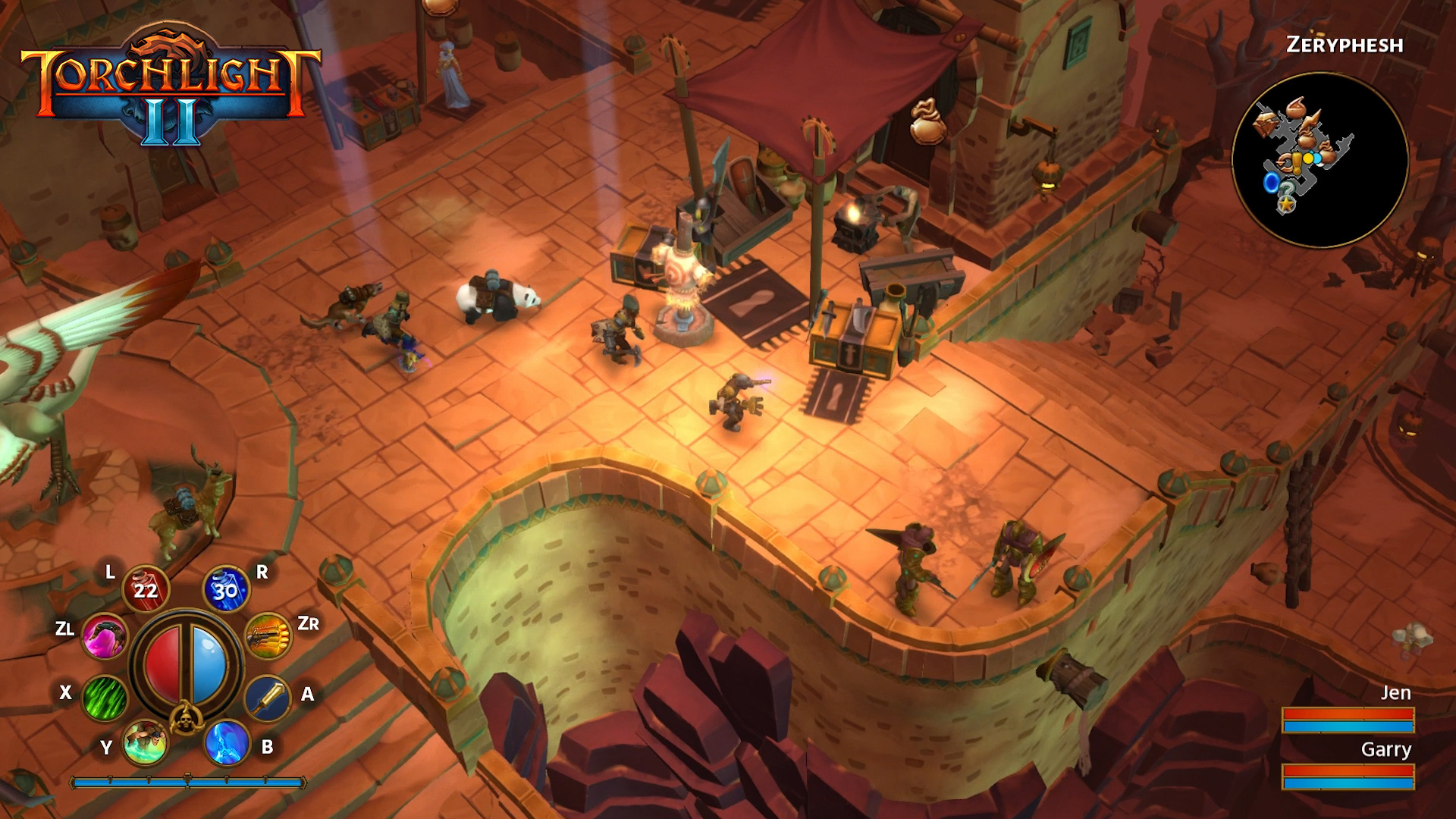 And Torchlight 2 is absolutely perfect for the Switch. It could easily be the secondscreen game that gives your thumbs something to do as you watch tv, but it could also hold your attention enough to deserve a little big screen time when you just want to unwind.

One of the things that makes this seven-year-old game so refreshing is that it's completely unburdened by all the games as a service mechanics that have come out since it launched. You don’t have to worry about timed loot drops of shopkeepers that move around week to week. All you have to do is sit pull out your console, walk down a path and start throwing spells at the monsters waiting for you. While other games have been aggressively designed to be played all day every day lest you fall behind the curve, this little dungeon crawler lets you go at your own pace. You can easily put it down for a week without suffering any sort of penalty, making it the perfect partner for the switch.

Despite its age, Torchlight 2 still has some quite unique classes as well. In my hour-long demo, I played as the Outlander who starts wielding two pistols. While they were fun I soon came across a ‘hand cannon’ that was in fact a full-sized siege cannon that worked like a big shotgun, and it was simply fun to blast the various monsters back with such a weapon. Its not what you might be used to seeing in the genre, but it fun and never unwieldy.

There is a plot to Torchlight 2, I’m sure, but whenever blocks of text appeared I found myself skipping over them because I was simply having too much fun grinding to worry about why I was doing it. And this simple gameplay loop once again makes it a great fit for the Nintendo Switch. You can clear a dungeon on the bus, or sell all your useless weapons as you’re waiting for Netflix to load. And you can just as quickly put it down as well. 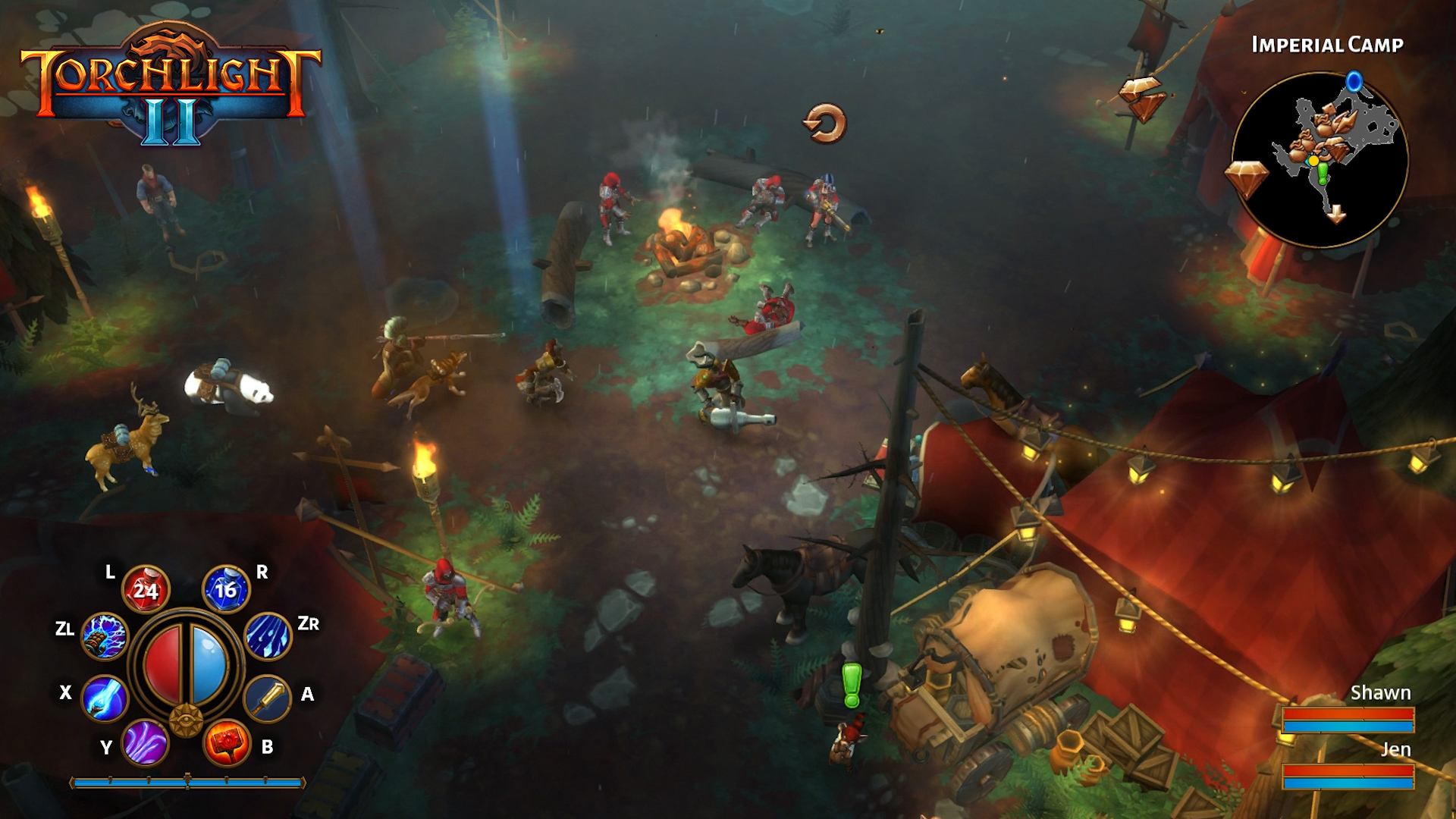 The design has been overhauled for the console as well, with a lovely little radial menu that's not only very user friendly with the little thumbsticks, but just pretty too. I should probably mention at this point that Torchlight 2 is actually coming out for PlayStation 4 and Xbox One as well, but come on, the Switch version is where I reckon the game can find its home.

Having said all this, I didn’t get the chance to play the game in handheld mode, but it's something I already wish I had with me to keep me distracted from my day to day travel. Obviously, it's not perfect. The graphics have had a shine but they’re still not as nice as some Switch titles like Pokémon Let's Go or The Legend of Zelda: Breath of the Wild. On top of that, you can get a little lost in the action. When there are dozens of enemies sprawling across the screen, all with bright flashy spells, it can be tricky finding yourself in the fray.

Despite this, it's a title that the commuter should be keeping an eye on. It's simple, fun and just engaging enough to keep you distracted without ever taxing you, or demanding more time than you’re feeling to give when it rereleases for consoles on September 3rd. Of course, it will be even more fun if you've got some friends ready to get in on some cooperative action.