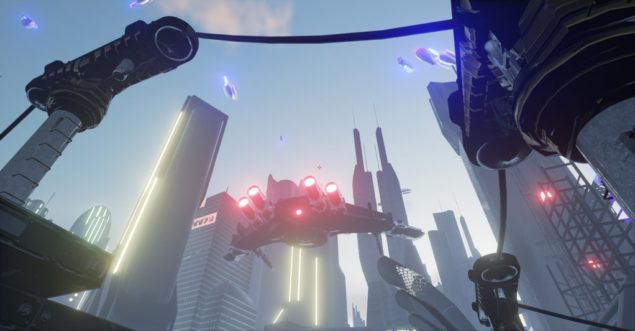 If you are reading this, there's a good chance you are a regular reader of gaming news on the Internet. In that case, you probably have noticed a trend on some publications: news reports about fan remakes made with Epic's Unreal Engine 4.

These ventures were much rarer a few years ago, when professional development tools were much harder to come by. Nowadays, anyone can download UE4 or Unity 5 or the new Amazon Lumberyard and, with enough skill, create a video showcasing a popular game from the past with shiny new graphics.

There's nothing wrong with that. It is understandable that some aspiring game developer would start with such projects and, on some extraordinary occasion, this may even land him/her dream job: that happened to Kid Nocon, hired by Yu Suzuki to work on Shenmue III.

What I'm lamenting here is the deceitful reporting of some colleagues in the press. Certain publications have made a habit of publishing that kind of story, knowing all too well that it's a hot subject, but what's even worse is that sometimes the headline actually attempts to make it look like it's really happening, resulting in a literal clickbait.

Folks, do not be fooled: these fan remakes don't stand the slightest chance of actually being made. The companies will never allow anyone else to exploit their precious Intellectual Properties (IP), even when these projects are completely free.

That's not to say I wouldn't like it to be true. Personally, I would be partial to being able to play World of Warcraft with this kind of graphics (and action combat, possibly), since it's the game I played the most and even just the video below calls forth so many memories.

But as a writer, I feel that reporting on these videos would be highly disingenuous.

That's why you don't see that kind of news here at Wccftech, at least not anymore. We're here to bring you stories about actual games rather than pipe dreams, and we simply refuse to mislead you just to get a bunch of hits.

Let's take one of the most recent examples: the Shadow Moses remake. Dozens of websites reported on it, including some of the most popular gaming publications, even if it was clear from the very beginning that there would be no chance for it to become a real thing.

Guess what? They were probably contacted by Konami about something called copyright infringement.

We have an important announcement to make today:

We have to cancel the Shadow Moses Project for reasons beyond our control.

We would like to thank everyone for the tremendous support we have received.

That's the same fate that inevitably awaits all these "fan remakes", including the latest one to be unveiled: Apeiron, touted as the reboot of Star Wars: Knights of the Old Republic. Let's make it crystal clear: Electronic Arts will never allow this project to come to fruition. If KOTOR 3 or even just a reboot/remake ever happens, it's only because Electronic Arts sanctioned it.

Are there exceptions? Sure, but let's take a closer look at them. Arguably the biggest one is Black Mesa, released on 8 May 2015 after eight years of development. The game has been remade with an updated version of the Source engine, an engine distributed freely by Valve itself with the specific purpose of fostering a vibrant modding environment for its Steam platform; even Valve's Co-Founder and Managing Director Gabe Newell said that a fan remake of Half-Life was not only possible, but inevitable.

Another recently popular project is Skywind. This non-commercial project has the specific goal of recreating Bethesda's Elder Scrolls III Morrowind within Elder Scrolls V: Skyrim's more recent game engine. As clarified by the official FAQ, you'll need to own both games to play Skywind and in any case, there are no IP issues here as it's all being done with the modding tools provided by Bethesda itself.

That's the common denominator: in both cases, Valve and Bethesda distributed tools and encouraged fans to create their own content. By refreshing their older games, they're actually polishing their IPs on their behalf; how could they complain?

Now, if Bioware was still independent and if they were still distributing their engine to the community like they did with the Aurora toolset, Apeiron might have had a decent chance of happening. As things stand now, though, don't get your hopes up in case some website's fishy headline made you wish about it - only Bioware and EA could make that happen, and they won't any time soon (Star Wars The Old Republic is still doing decently enough).