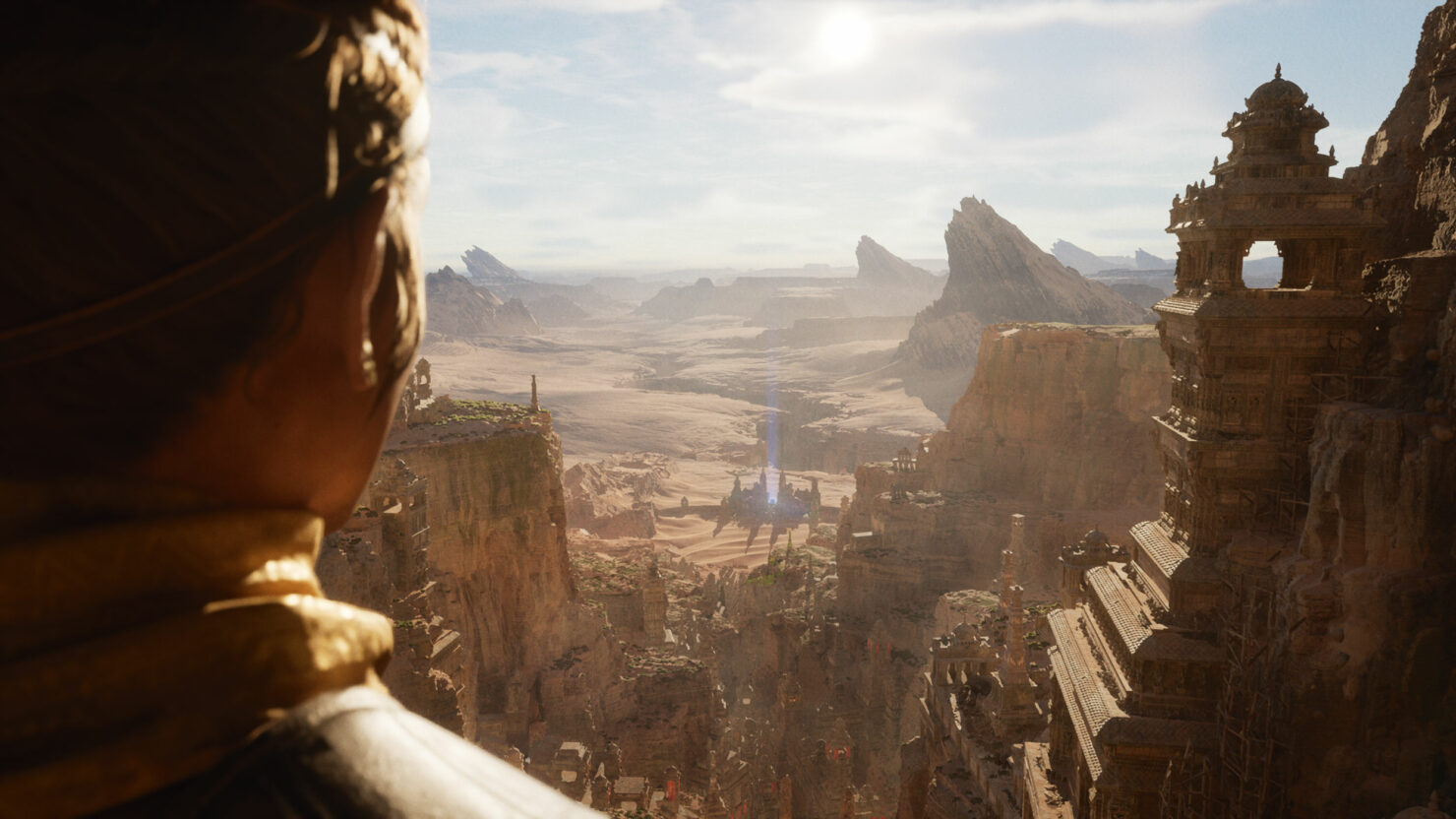 This past week, Epic managed to catch all the attention as we discussed in our brand new gaming podcast. They waved the first million in royalties for all Unreal Engine developers; they released the free Epic Online Services cross-platform SDK; and, most importantly, they gave us the very first taste of next-gen visuals with the Unreal Engine 5 demo, which ran on Sony's upcoming PlayStation 5 console.

That turned out to be fairly controversial, as Epic founder Tim Sweeney praised the PS5's storage and I/O architecture as much more advanced than what's currently available on PC, even though later we learned that the demo could also run at 'pretty good performance' when powered by an RTX 2070 Super graphics card.

Since that demo and Sweeney's statements, some have pointed out that there already PC SSDs out there capable of roughly matching the I/O speed of the PS5's SSD (measured at 5.5 GB/s with raw data). However, theoretical numbers don't really tell the whole story, Tim Sweeney explained in a series of tweets posted recently on his account, as the PS5's architecture is simply much more efficient in this regard.

He did mention the work Intel is doing on non-volatile NVDIMMs as potentially disruptive within the PC data transfer space.

Systems integration and whole-system performance. Bringing in data from high-bandwidth storage into video memory in its native format with hardware decompression is very efficient. The software and hardware stack go to great lengths to minimize latency and maximize the bandwidth that's actually accessible by games.

Those PC numbers are theoretical and are from drive into kernel memory. From there, it's a slow and circuitous journey through software decompression to GPU driver swizzling into video memory where you can eventually use it. The PS5 path for this is several times more efficient. And then there's latency.

On PC, there's a lot of layering and overhead. Then you have the issue of getting compressed textures into video memory requires reading into RAM, software decompressing, then calling into a GPU driver to transfer and swizzle them, with numerous kernel transitions throughout.

Intel's work on non-volatile NVDIMMs is very exciting and may get PC data transfer on a better track over the coming years.

It should be noted that Tim Sweeney has discussed the PlayStation 5 since that has been the company's primary focus, as Epic has been working for 'quite a long time' alongside Sony on that Unreal Engine 5 demo. However, the Xbox Series X also features its own Velocity Architecture which is designed to 'radically improve asset streaming' and to 'effectively multiply available memory' thanks to a custom NVMe SSD (rated at 2.4 GB/s with raw data), a dedicated hardware decompression block, the new Sampler Feedback Streaming technology and last but not least, the new DirectStorage API.

The latter component is particularly relevant because Microsoft already confirmed plans to bring it to Windows PC, too. According to Microsoft, DirectStorage can significantly reduce CPU overhead for I/O operations (such as those happening in the background to load the next parts of the world) from several cores to a small fraction of a single core. Needless to say, this could severely diminish the PC I/O issues mentioned above by Tim Sweeney.

We'll keep a close eye on any relevant DirectStorage API news going forward, chiefly any updates on when it'll arrive on PC. Stay tuned for more.