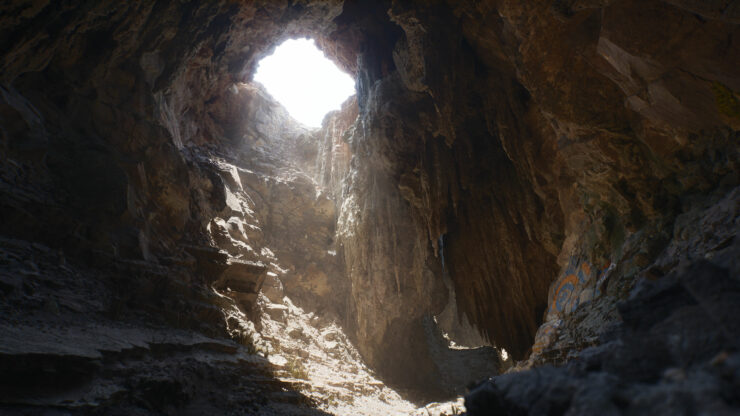 Some might have been surprised when Epic showcased their first Unreal Engine 5 demo running on the PlayStation 5 hardware, instead of Microsoft's Xbox Series X (more powerful at least when it comes to TFLOPs) or just a high-end gaming PC.

In an interview with GamesBeat, Epic's Tim Sweeney revealed how the partnership with Sony on the PlayStation 5 has actually been active for 'quite a long time', making it a 'primary focus' for Epic.

We’ve been working super-closely with Sony for quite a long time on the storage architecture and other elements. It’s been our primary focus.

This makes sense when you consider Sweeney's previous praise of the PS5's 'industry-leading' SSD solution. Even in this new interview, the Epic founder said regular hard disk drives had been holding back games, while now the degree of fidelity seen in the Unreal Engine 5 demo can be kept for 'as many kilometers as you want'.

If you look at previous generations, you had to deal with magnetic disks, the lowest common denominator. You couldn’t count on a lot of bandwidth supporting scenes like this. You had a beautiful scene and a long loading time, and then another beautiful scene. That disrupted the game experience. Our aim for the next generation is nothing but seamless, continuous worlds, and to enable all developers to achieve that. You can have this degree of fidelity going on for as many kilometers and gigabytes as you want.

Still, the technology will be available on all next-generation platforms, not just PS5. In fact, Epic CTO Kim Libreri added that there'll be a 'double quantum leap' of sorts between the features fo the next-gen hardware and the Unreal Engine 5 software.

The next generation of consoles is going to give developers and consumers a quantum leap in their gaming experience. Unreal Engine 5 is another leap on top of that. It feels like two generations of improvement in quality, because of this new technology we’ve been able to bring to life. The future is very bright for gamers, and anybody using our engine for any application.

Perhaps a bit of an exaggeration, but one that is warranted by what we've seen in the Unreal Engine 5 demo. Epic definitely impressed yesterday, and in more ways than one.

It might not have made the news in the same way, but they've also announced their intent to wave the first million of gross revenue in royalties. These terms are even retroactive, by the way, to January 1st, 2020.

Last but not least, the Epic Online Services SDK is now available for free, allowing developers to use the company's achievements, leaderboards, accounts, lobbies, matchmaking, and friends systems in an entirely cross-platform compatible way, as we've first seen in Fortnite. This should make cross-platform even easier to implement by game developers of all sizes.