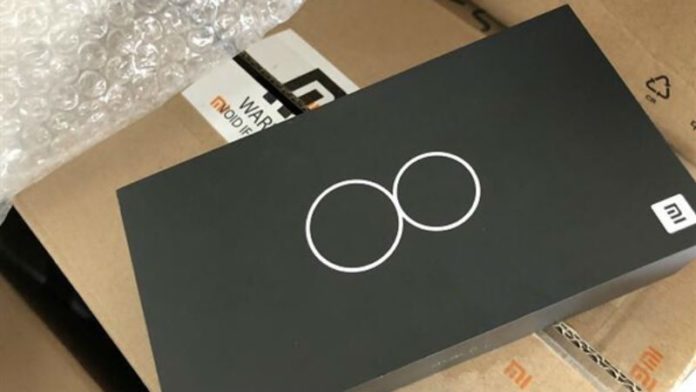 It's an interesting year for the rumor mill that's for sure. Not only are leaks rampant for the iPhone SE 2, but they've also taken a rather interesting turn for the Xiaomi Mi8. Or the Mi7. Initially, nearly every source referred to Xiaomi's Min smartphone for 2018 as the Mi7. However, rare leaks pointed out that we might get two flagships this year, the Mi7 and the Mi7 Plus, that would reflect current market dynamics. Today we've got more details for the Xiaomi Mi8. Take a look below to find out more.

The Xiaomi Mi8 Will Feature Four Different RAM/Storage Variants; The Smartphone Will Go As High As 8GB RAM And 512GB Internal Storage

Before we get to the details, it's relevant to take a look at some smartphone history. Prior to Samsung's Galaxy S6/S6+ launch, Android was famous for its focus on hardcore hardware specifications. Apple, on the other hand, held the sole domain over design and aesthetics. However, with the Galaxy S6 lineup, Samsung finally embraced aesthetics and other Android manufacturers followed.

How is this relevant? Well,o things are now looking to reverse for Android. At one end, Samsung and LG have taken a backfoot in terms of pure performance specifications a.k.a RAM and internal storage. Chinese manufacturers (OnePlus and Xiaomi), at the other, are equipping their devices with heavy-duty specifications. Both the OnePlus 6 and Xiaomi Mi Mix 2s are available with 8GB of RAM. While this might look unnecessary, it's an interesting change in dynamics.

Xiaomi will step things up a notch with the Xiaomi Mi8 if today's information bears fruit. While both the OnePlus 6 and Xiaomi Mi Mix 2s top out at 256GB internal storage, the Xiaomi Mi8 will beat both of them. 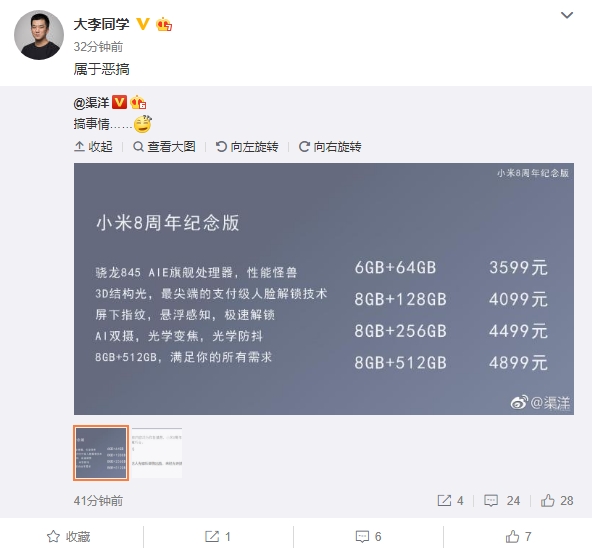 Even though leaks for the Xioami Mi8 are quite common, we've got the first one for device's alleged storage configuration and pricing today. It's from Weibo and as you can see, the smartphone will come in four different variants. The most basic of these will stand at 6GB RAM and 64GB storage. It will retail for 3599 Yuan, that converts to around $563 according to today's exchange rates.

The high-end variant of the Xiaomi Mi8 will feature 8GB of RAM and 512GB of internal storage. This will retail for 4899, which converts to $768 according to today's exchange rates. The basic variant stands around the same ballpark as the OnePlus 6. Looks like there won't be any flagship deaths this year should Xiaomi chose to equip the Mi8 with 3D facial recognition and/or virtual fingerprint sensing.

For these, it's rumored that the Xiaomi Mi8 will get them while a basic Xiaomi Mi7 will not. While it makes sense when viewed from the angle of manufacturing complexity and yields, one question still remains. Will Xiaomi launch two different flagship generations in the same calendar year? Apple chose this path and the Cupertino's influence on the company is well known. Thoughts? Let us know what you think in the comments section below and stay tuned. We'll keep you updated on the latest.