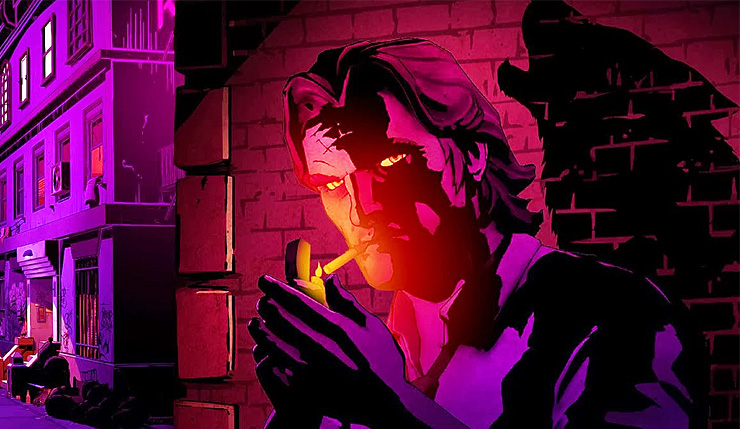 Last year Telltale Games shocked the gaming world when it announced it was laying off most of its staff and cancelling all future projects. Ah, but surprise surprise, Telltale Games was revived under new ownership this past August. The new Telltale Games is headed up by Jamie Ottilie and Brian Waddle, neither of which were involved in the original version of the studio, which naturally led to some skepticism. Would this new Telltale actually carry on the spirit of the original studio or would it be a mere shell?

Well, we don’t have a definitive answer on that just yet, but at The Game Awards 2019 the new Telltale announced The Wolf Among Us 2 was back in development. We only got a brief teaser for the newly-revived game, but it certainly nails the right tone. Check it out, below.

The Wolf Among Us 2 is being created by AdHoc Studio, a new developer largely made up of folks from the original iteration of Telltale Games. Most notably, TWAU2 will be headed up by original directors Nick Herman and Dennis Lenart, and will be written by Pierre Shorette. Most of the original game’s cast will also be returning, including Adam Harrington as Bigby Wolf and Erin Yvette as Snow White. According to series writer Shorette, AdHoc stepping in to develop The Wolf Among Us 2 was a no brainer…

When the opportunity came up, it was an easy decision for us. Developing The Wolf Among Us was my first project at Telltale and the start of a creative partnership with Nick and Dennis, so obviously we’re excited to further explore the Fables universe.

The Wolf Among Us 2 is coming to “PC and consoles” (which ones hasn’t been specified). A release date has yet to be announced. Even though we don’t know much, are you happy to know the game is back in development? With most of the original creative minds on board, I’m definitely optimistic and excited to hear more.