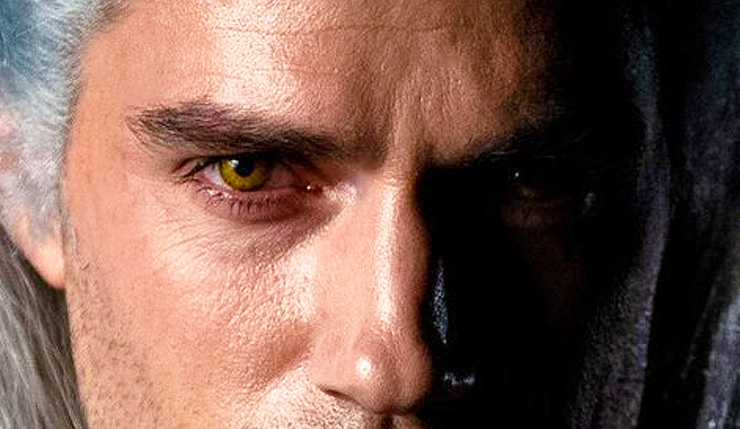 Recently, it was revealed that Justice League star Henry Cavill would be playing Geralt of Rivia in Netflix’s upcoming The Witcher series, and, unsurprisingly, everybody had an opinion! Some thought the classicly studly square-jawed Cavill was a great choice for Geralt, while others thought he was maybe a little too pretty for the job.

Well, Netflix has now released a first look at Cavill as Geralt, and...the debate will likely continue to rage on. Here’s Cavill/Geralt in booze-swilling action:

Get your first look at Henry Cavill in The Witcher! pic.twitter.com/1O2eWS1MkP

And here’s another higher-definition look (click for full resolution).

The Witcher Netflix series will be based directly on Andrzej Sapkowski’s original novels, rather than CD Projekt Red’s take on the universe, although it’s been hinted some elements may be lifted from the games, as well. The first season of The Witcher will consist of eight episodes, which will be directed by Alik Sakharov (Games of Thrones, Rome), Alex Garcia Lopez (Daredevil, Fear The Walking Dead), and Charlotte Brändström (Colony, The Disappearance). The series is being executive produced by Lauren Schmidt Hissrich who previously ran various Netflix Marvel series.

In addition to Cavill as Geralt of Rivia, other roles cast include Freya Allan (The War of the Worlds, Into the Badlands) as Ciri, Anya Chalotra (The ABC Murders, Wanderlust) as Yennefer, Jodhi May (Game of Thrones, Genius) as Queen Calanthe, Bjorn Hlynur Haraldsson (Fortitude) as the knight Eist Tuirseach, and Adam Levy (Knightfall, Snatch) as the druid Mousesack.

So, what do you think of Cavill as Geralt? I’m not sure I’m loving the Halloween store gray wig, and the lack of a beard is slightly off-putting, but I could get into a Geralt that’s a bit more of a hunky scoundrel than the more weathered, gritty version we’ve seen the games.

No word yet on when The Witcher series will land on Netflix, but sometime in late 2019/2020 is the most likely scenario.