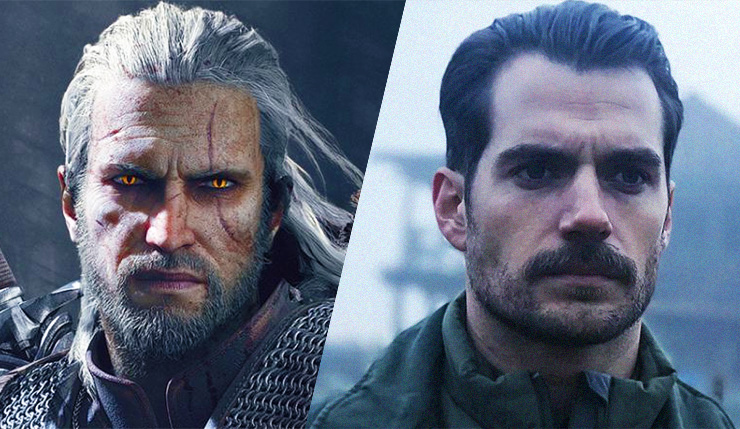 Netflix’s upcoming The Witcher series has landed a super-big lead – according to Variety, Geralt of Rivia will be played by none other than Man of Steel, Batman v Superman, and Justice League star, Henry Cavill. In a recent interview, Cavill teased he’d like to head up The Witcher series, saying it would be an “amazing role.” Fans quickly latched onto the idea, producing plenty of Cavill-as-Geralt fan art, like this gem from Twitter user BossLogic.

The Witcher Netflix series will be based directly on Andrzej Sapkowski’s original novels, rather than CD Projekt Red’s take on the universe, although it’s been hinted some elements may be lifted from the games, as well. The first season of The Witcher will consist of eight episodes, which will be directed by Alik Sakharov (Games of Thrones, Rome), Alex Garcia Lopez (Daredevil, Fear The Walking Dead), and Charlotte Brändström (Colony, The Disappearance). The series is being executive produced by Lauren Schmidt Hissrich who previously ran various Netflix Marvel series.

Cavill confirmed he’s got some witch hunting in his future on Instagram.

My new mailing address is: Geralt C/O Vesemir Kaer Morhen Kaer Morhen Valley Hertch Kaedwen Please note, I'm rarely there. Monster slaying being what it is. So, replies will be few and far between, if at all. @Netflix #Witcher #GeraltOfRivia

Meanwhile, Hissrich revealed Cavill was the first person they auditioned, and he got the role immediately…

He was my first meeting. I didn’t have writers or scripts yet – just a greenlight and a lot of passion. That was four months ago, and I’ve never forgotten the passion he brought. He IS Geralt. He always has been. I’m so thrilled to welcome HENRY CAVILL to the #Witcher family.

So, do you think Henry Cavill will be a good Geralt? I like Cavill, and think he’s been unfairly criticized for his Superman performances, but he might be a little too hunky for the role. I mean, obviously the ladies like Geralt, but I feel like whoever plays him needs to have a little grit. I’m thinking Joel Edgerton or Karl Urban would be better choice, but hey, that’s just me. Who would you cast if you were in charge of The Witcher series?

No word yet on when The Witcher will hit Netflix, but sometime in 2020 is the most likely scenario.