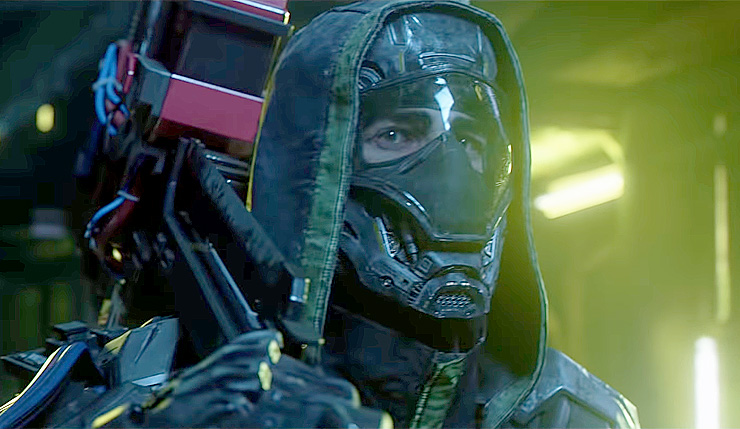 The Surge games take a uniquely violent approach to upgrading your character’s weapons and armor. New gear isn’t simply dropped when you kill an enemy, you need to collect it yourself by slicing off opponents’ arms, legs, heads, and other body parts. This system returns, deeper and more delightfully gruesome than ever, in The Surge 2, and developer Deck13 have released a bloody new trailer to show it off. You can check out the flying body parts, below.

Yup, that’s a lot of decapitated heads for one trailer! But again, the violence does actually play into the game’s mechanics – it isn’t entirely for cheap thrills. While we’re at it, here’s a quick story trailer, which provides an interesting look at The Surge 2’s grim and gritty sci-fi world.

Want to know more about The Surge 2? I got to a chance to chat with the developers at E3 2018, and Chris Wray spoke with them again earlier this year. Here’s the game’s official description:

The Surge 2 keeps what fans and critics loved about the original – hardcore combat utilizing a unique, dynamic limb targeting system and deep character progression – while also expanding greatly upon the formula. The Surge 2 takes place in a brand new environment: a sprawling, devastated city with larger and more ambitious level design, made possible by Deck13’s upgraded and improved engine. Combat is more brutal and tactical than ever, with even more options thanks to an expanded limb targeting system. In addition, more abilities, weapons, implants, and drones give players a vast arsenal to build their character with, in their fight against the array of diverse new enemies and bosses.

The Surge 2 hacks its way onto PC, Xbox One, and PS4 on September 24. What are your thoughts on the game? Excited to start chopping?