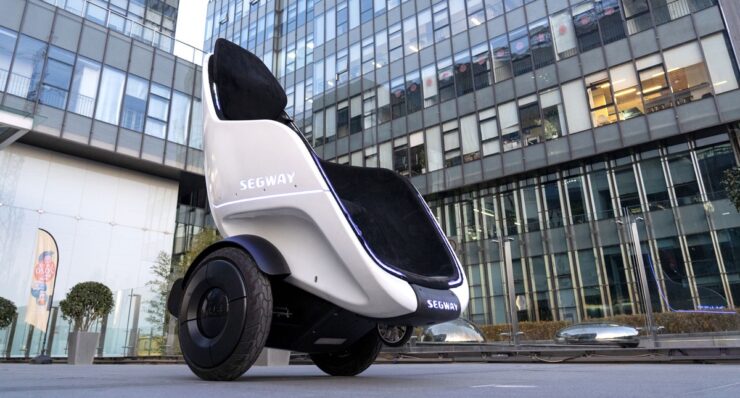 You probably thought about it one point in life and Segway went ahead and did it anyway. Ladies and gentlemen, meet the S-Pod.

The Segway S-Pod is an Electric Vehicle Designed to Travel Short Distances, No Word on Pricing Yet

We've had all sorts of electric vehicles in the past few years. Self-balancing two wheelers and one wheelers managed to stick around for a lot of people, and for good reason. They are fun, intuitive and get the job done without too much effort. But, Segway is changing the game a little with the announcement of its egg-shaped S-Pod. What it actually is might sound like a lazy person's dream, but we know you secretly want one.

Just like a regular self-balancing two wheeler, the S-Pod does not operate in the same manner. It does utilize the motors in the wheels to keep everything balanced, but if you want to move forward, you just push the joystick forward instead of leaning in a certain direction. Turning, reversing and everything else happening using the same joystick as well. So basically, you just sit back, relax and let the magic egg take you to places.

At the time of writing there's no word on pricing at all. But given how expensive electric skateboards and self-balancing two wheelers are these days, then be ready to spend multiple thousand dollars on the S-Pod at least. We really hope there is a financing option available for the magic throne otherwise lots of people are going to be super disappointed.

Segway did say that the S-Pod will make its business debut in the third quarter of 2020 with the product being available to general consumers some time in 2021.

Though some might disagree with the concept Segway has put out, but nonetheless it's a fun way to travel around given its top speed of 24mph. The lazy electric throne is meant to be used in places like parks, airports and places that may involve loads of walking. But with the S-Pod underneath you, you can kiss the boring chore of walking goodbye.