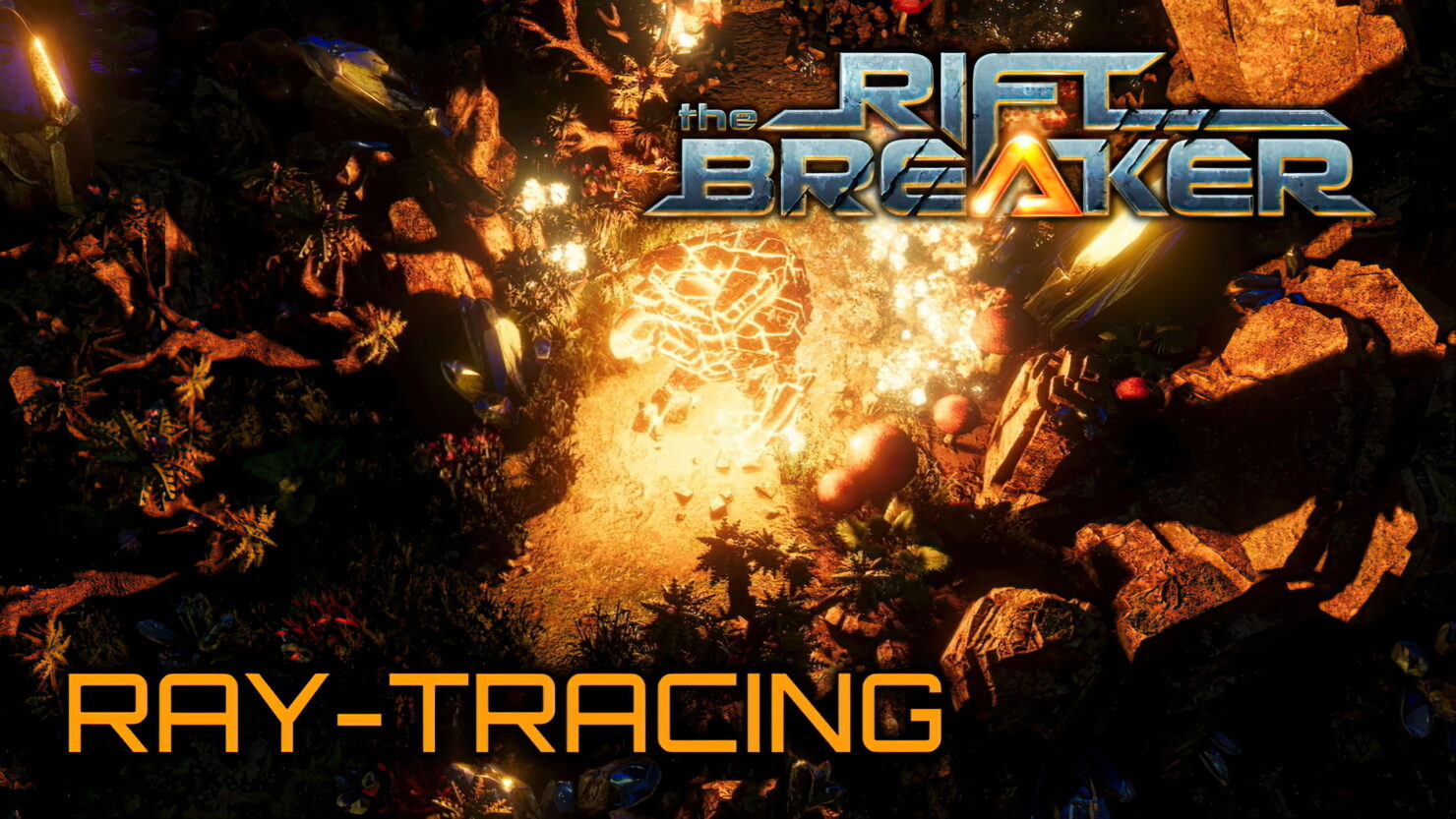 Poland has long been hailed as an increasingly prosperous land for game development, with developers like CD Projekt RED, Techland, Flying Wild Hog, People Can Fly, 11-bit Studios and Bloober Team often cited as the best examples thanks to their global successes. There's also an interesting indie scene thriving in the country, though, and among these Exor Studios is certainly worth highlighting.

Originally formed as a modding group in 2003 (its first project was D.I.P.R.I.P., a total conversion mod for Valve Software’s Source Engine), Exor Studios went on to make Zombie Driver HD and tower-defense/twin-stick shooter game X-Morph: Defense, which got a 7.8 score from Dave a couple of years ago.

X-Morph: Defense already featured impressive tech for its destruction elements (powered by NVIDIA PhysX), but the studio's upcoming survival game/action RPG The Riftbreaker goes beyond by supporting several DirectX 12 Ultimate features such as ray tracing and Variable Rate Shading. Implemented in partnership with AMD, both features are also available for NVIDIA cards as well, as you can see in the video analysis below where Keith compared AMD and NVIDIA cards in the game's preview build.

Earlier this month we reached out to Exor Studios COO Paweł Lekki to discuss The Riftbreaker ahead of its launch, due at some point in 2021. Check out the transcribed interview after the break.

How long do you expect the Campaign Mode to be in The Riftbreaker?

We estimate the campaign to be about 40 hours of gameplay for an average player.

Did you consider adding a co-op mode? Could it still happen as a DLC?

Yes. This is the number 1 most requested feature to be added to the game. It is a technically challenging task, but we are planning to start working on it as soon as we release the game. We are planning to add an online coop mode as a post-release update, but it may take 6-12 months after release until it is ready.

As far as I know, The Riftbreaker might be the first title played from an isometric view to implement ray tracing technology. Do you think isometric view may be more or less suited than regular third/first-person viewpoints to showcase the benefits of ray tracing?

We also haven't seen any other isometric perspective games with raytracing, so we had to come up with a lot of solutions that are specific to this perspective without any prior inspiration. The isometric perspective and an open world environment allows us to do a lot of custom optimizations e.g. we know that in 99% of cases the sky is clear so there's no point to shoot rays at it. This allows us to have a much more efficient implementation of raytraced ambient occlusion. This effect is usually much more computationally expensive in first or third-person perspective games. Raytraced shadows also allow us to skip calculating cascaded shadow maps as we can achieve perfect shadow resolution no matter how close or far away an object is placed in relation to the camera.

You've mentioned AMD FidelityFX Variable Rate Shading support. Can you clarify if this feature, which is after all in the DX12 Ultimate spec, will also be available to NVIDIA cards with hardware support for VRS?

This feature is already available on NVIDIA cards. The thing that we like the most about all FidelityFX features is that they work on all GPUs that meet the necessary DirectX standards. Intel GPU users can also benefit from this technology.

Yes, we plan to have raytracing effects enabled on next-generation consoles, however we don't have final performance results from all of the console models. For example, we will probably be aiming for all raytracing effects to be enabled on the XSX while the XSS may have them in a reduced capacity.

Some developers have commented that the Xbox Series S could pose an issue due to its lower minimum specs compared to Xbox Series X and PlayStation 5, particularly its memory. What do you think about that?

Yes, the XSS requires additional optimization. While we were able to simply compile The Riftbreaker for the XSX and it "just works", the XSS requires additional optimization. Still, it doesn't look like it will require that much work to be running well at 1080p on the XSS. The best thing about the current architecture is that the CPU power on both Xbox models is practically the same. Scaling graphical effects is a lot easier than scaling gameplay. The amount of available memory is a determining factor in a lot of cases when we talk about the size of a game world or about how many things can be happening within it at any given time. The size of the memory that is available in the XSS is the actual determining point for the entire console generation as gameplay features have to be fitted to the lowest spec. From the point of view of a developer, it would be much easier if there was a single XSX SKU, but given the circumstances, I think that Microsoft has made good choices in how to create a much cheaper console, that can still run next-generation games.

On PlayStation 5, do you plan to support the unique features of the DualSense controller in The Riftbreaker? If so, how?

We haven't thought about that in detail yet, but we strive to take advantage of all the hardware capabilities that are at our disposal.

You're also shipping the game on PlayStation 4 and Xbox One consoles. What kind of technical compromises do you have to do to run the game on these old-generation platforms?

Last generation console versions are currently optional in our plans. We plan to work on them after we launch the game on the next-generation consoles. It will certainly require scaling down the number of creatures that can attack the player and reducing texture resolution to conserve memory. Making changes that affect gameplay is very time consuming and is best performed when the entire game is finished and already balanced. We don't want to limit the gameplay on PC and next-generation consoles, so we are leaving the older generation as an additional task post-release.

Do you think The Riftbreaker could be ported to the Nintendo Switch as well? Is this something you'll attempt in the future?

We don't think that this is realistic. It is of course possible, but it would require very large gameplay and world size changes. The Schmetterling 2.0 engine is also tweaked with the assumption of having at least 4 CPU cores at its disposal. Re-optimizing that for a dual CPU scenario would be difficult. It would be very close to a full game re-make so we don't think that this is worth the effort.

Looking ahead to your next game, what kind of positive impact for game design would you expect from not having to deal with old-generation platforms anymore, leveraging the far greater CPU, SSD, and memory capabilities of next-gen hardware?

The Riftbreaker is already designed as a next-generation game, with possible gameplay changes when down-porting to older consoles. The things that we think are going to be adopted even further is raytraced rendering. We are still very early in the process of adopting raytraced technologies. We can see a lot of improvements in terms of lighting and effects such as reflections or fluid caustics further down the road. I think that again, the biggest game-changer in terms of gameplay is planning for a much bigger memory budget. This allows us to really go wild with the amount of objects that are simultaneously simulated within the game world.

Our engine is also very parallelized to support the living world of The Riftbreaker. A lot of PC users still have 4 CPU cores, and the game runs great in that scenario, but the 8 CPU core scenario which is present in next-gen consoles can provide us with a lot of extra breathing space for simulating physics and additional calculations for supporting raytracing.