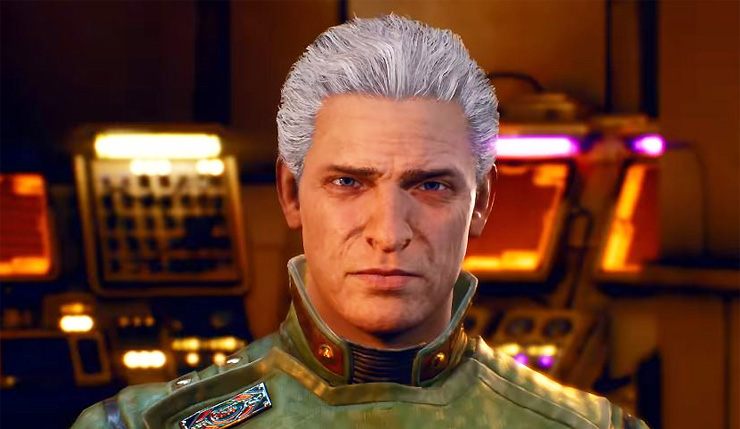 Many are hoping Obsidian’s upcoming RPG The Outer Worlds will be able to stand tall as a true successor to the Fallout series, but in order to do that, the game definitely needs to deliver in one area – player choice. Obsidian has promised there will be some big choices presented to players, including the option to kill major characters, but just how open will The Outer Worlds really be?

In a recent interview with Game Informer, The Outer Worlds co-director Tim Cain provided some more detail on how the game’s narrative will play out. Basically, everybody will experience more-or-less the same overarching linear story, but you’ll have a lot of room to mess around between the big plot points…

“Our story structures look like footballs, where there are all these points that everybody will pass through. [When you get the power regulator for your ship] -- did you work with people? Did you buy it? There’s more than one of them out there, so which one did you take? How did you handle the people who were using it? We try to arrange our story by thinking about the points all players are going to pass through, but then we try to remember what the context was so that things change to reflect the choice you made. […] We don’t demand that those dramatic points play out in any specific way.”

“It’s not ‘Here’s the good choice, here’s the bad one.’ Instead, it’s like, ‘You could this or this. This will cause X, this will cause Y. You decide what you care about.’ What if the more evil choice has an obviously better outcome? What if more people are saved by the evil choice? But it’s evil! But the result is better! Is it a worse choice? I don’t know if you can solve morality with arithmetic, but there are some things in the game where you’re like, ‘I am not sure if this is bad.’”

Interestingly, Cain also promised the game will support a lot of different hybrid playstyles. A full-on pacifist playthrough may even be possible for those who take the stealth/talker route.